President Donald Trump has no plans to stop tweeting, despite the massive security breach his favorite social media platform suffered Wednesday at the hands of alleged bitcoin activists.

“I spoke with Dan Scavino before coming out here,” White House press secretary Kayleigh McEnany said in response to a question from Reuters’ Jeff Mason at Thursday’s briefing. “Dan and his team at digital have been in constant contact with Twitter over the past 18 hours to keep Twitter, the president’s Twitter feed secure.” 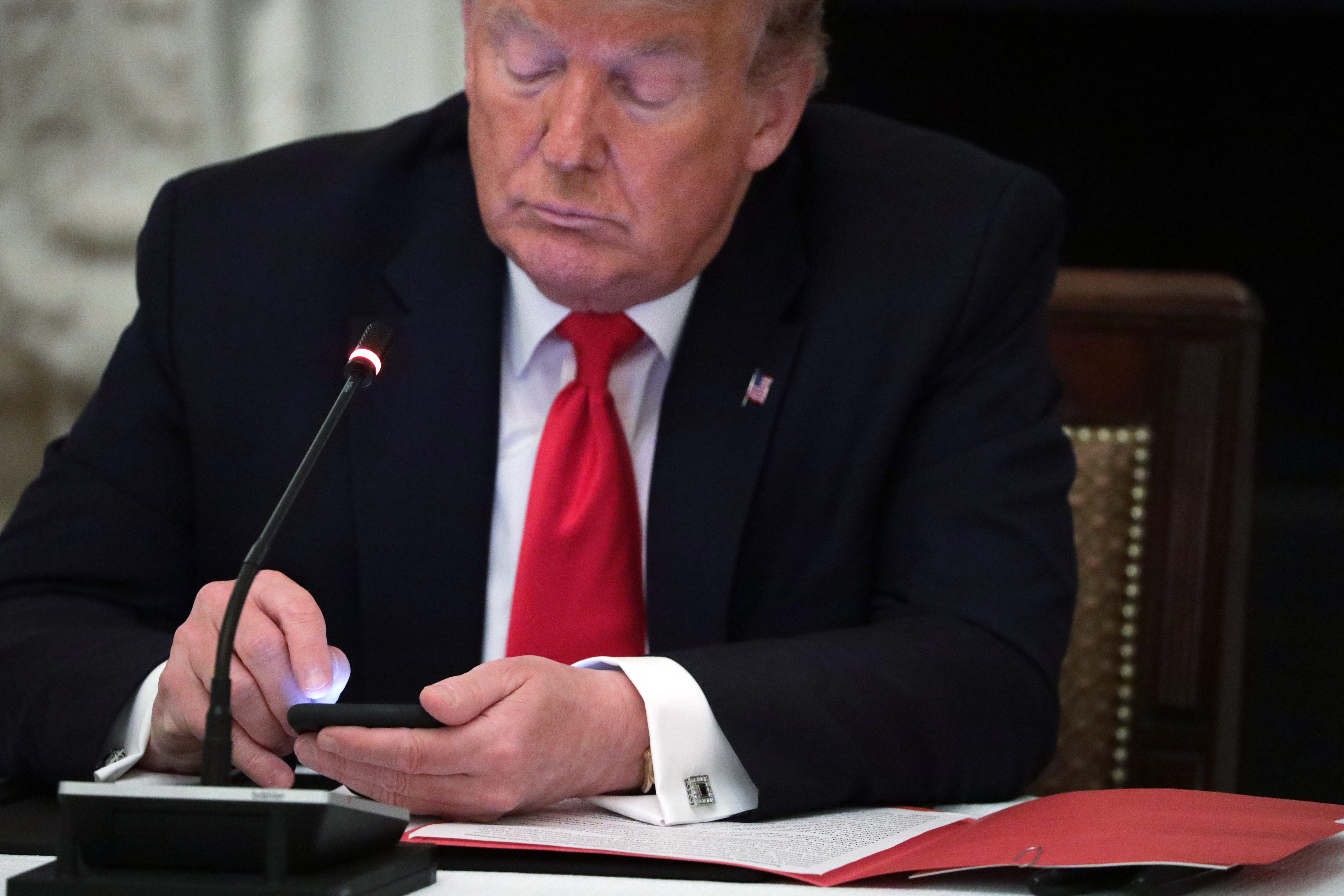 WASHINGTON, DC – JUNE 18: U.S. President Donald Trump works on his phone during a roundtable at the State Dining Room of the White House June 18, 2020 in Washington, DC. President Trump held a roundtable discussion with Governors and small business owners on the reopening of American’s small business. (Photo by Alex Wong/Getty Images)

Twitter temporarily blocked every verified user on the site as a means of stopping the bleeding. Trump’s son, Donald Trump Jr., was among a number of verified users who still had not regained access after the emergency measures were lifted late Wednesday night. (RELATED: Don Jr. Is Still Locked Out Of His Account After Bitcoin Hack, And Twitter Can’t Say Why)

Republican Ohio Rep. Jim Jordan and Virginia Democratic Sen. Mark Warner both had not regained access to their accounts at press time.