A couple in Singapore were sentenced to 27 years in prison and 24 strokes of the cane Monday after being convicted by the country’s High Court of scalding their 5-year-old son to death.

Ridzuan Mega Abdul Rahman and his wife Azlin Arujunah were convicted of splashing boiling water from a hot water dispenser on their son during four incidents between October 15 and October 22, 2016, the Straits Times reported. The family was living in a one-room apartment in Singapore’s Toa Payoh neighborhood.

The boy was taken to a hospital after he collapsed in late October. He died October 23 from scalding injuries that covered roughly three-quarters of his body. A pathologist revealed the boy had a fractured nose, heavy bruising on his limbs and torn gums, Daily Mail reported.

Deputy Public Prosecutors Tan Wen Hsien, Daphne Lim and Li Yihong brought murder charges against the married couple in November. The prosecutors stated that the incident was “one of the worst cases of child abuse” during their opening remarks before the High Court November 12, the Straits Times reported.

“Leaving aside the physical abuse he suffered, one cannot imagine the pain and torment the deceased must have endured in the months leading up to his death. He was tortured to his death, and had no one to turn to,” they added. (RELATED: Maryland Woman Admits To Suffocating 7-Month-Old Son)

During the investigation, it was revealed that the couple also committed other acts of abuse against the boy. These acts included pinching him with pliers, hitting him with a broom and burning his hand with a hot spoon, the Mirror reported. 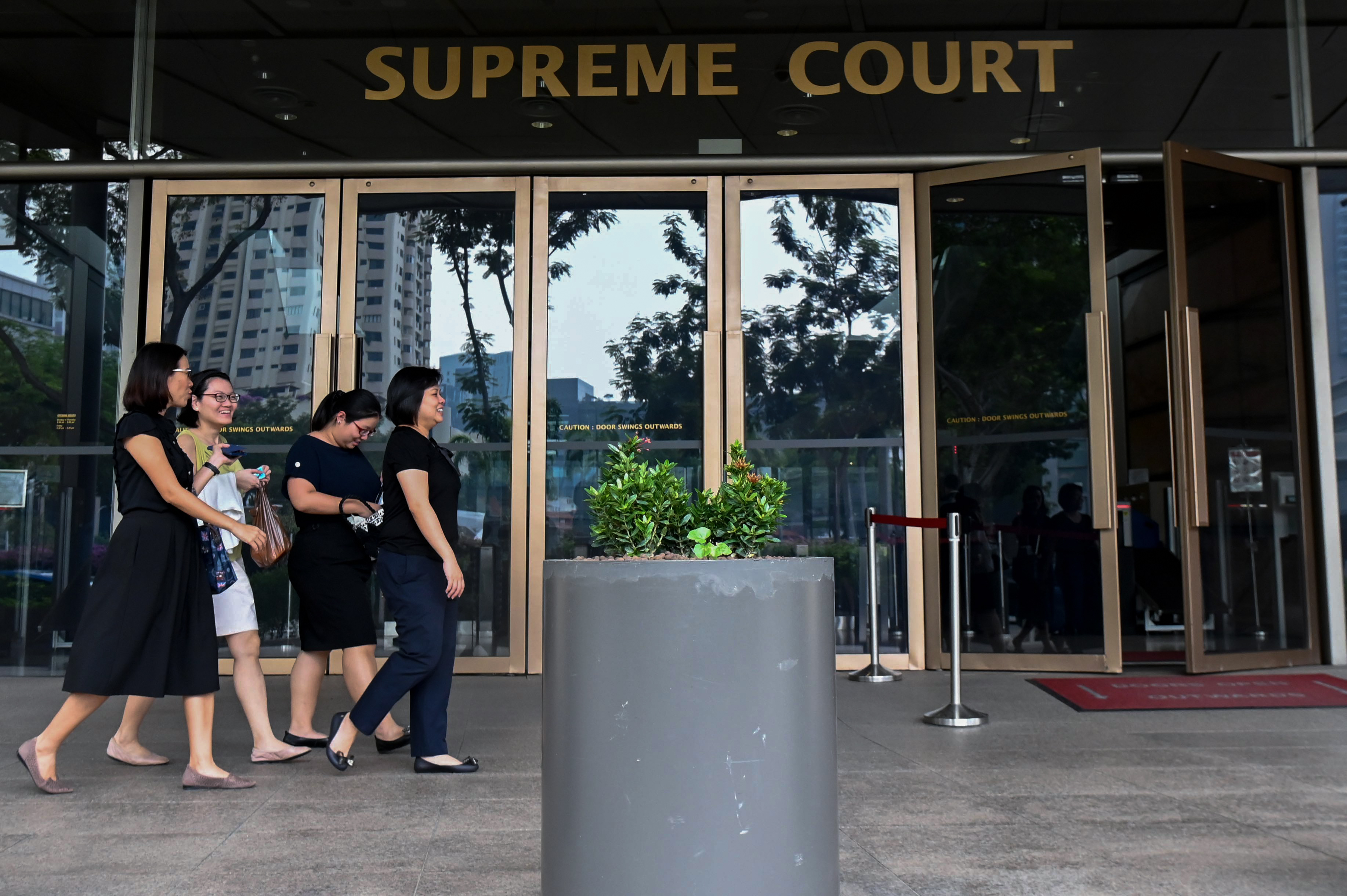 People walk past the Supreme Court of Singapore, which consists of the High Court and the Court of Appeals (Roslan Rahman/AFP via Getty Images)

It was also revealed that the boy had been forced into a cage that was roughly the same size he was, which High Court Justice Valerie Thean called “extremely cruel” given the exposed wiring of the cage, the Straits Times reported.

The couple also went through psychiatric assessments by the Institute of Mental Health while in court detention, according to the Straits Times. It was revealed that the mother had suffered from an adjustment disorder and was found to have an abnormal personality condition with anti-social traits.

The court dropped the murder charges — which carries the death penalty in Singapore —in June but instead convicted the couple of “causing grievous hurt” by means of scalding, the Straits Times reported. The mother opted for an extra year in prison in lieu of her caning sentence.