Democratic Rhode Island Sen. Sheldon Whitehouse spoke Wednesday at an event hosted by the American Constitution Society (ACS), a dark money group — something the senator has adamantly spoken out against over the years.

Whitehouse spoke at the group’s event just weeks after introducing a bill that would require dark money judicial groups to reveal their donors, preventing anonymous funding. Whitehouse has rallied against dark money groups for years, saying in December 2019 that the Supreme Court is captured by dark money.

The mission statement for ACS, which is listed as a 501(c)(3) group, says it “generates intellectual capital for ready use by progressive allies and shapes debates on key legal and public policy issues including access to courts, voting, equality, immigration, workers’ rights, and many others.”

In its section on “Dark Money Basics,” OpenSecrets, a nonpartisan oversight group focused on political lobbying, says 501(c)(3) groups “are not supposed to engage in any political activities.”

ACS is also not required to disclose its donors, according to OpenSecrets. ACS shows who its sponsors are. Sponsors are publicly-disclosed donors, but ACS does not reveal all of its donors.

For example, ACS’s 990 form filed in the state of New Mexico shows the amount of money they received, but they do not name who the donations are from. 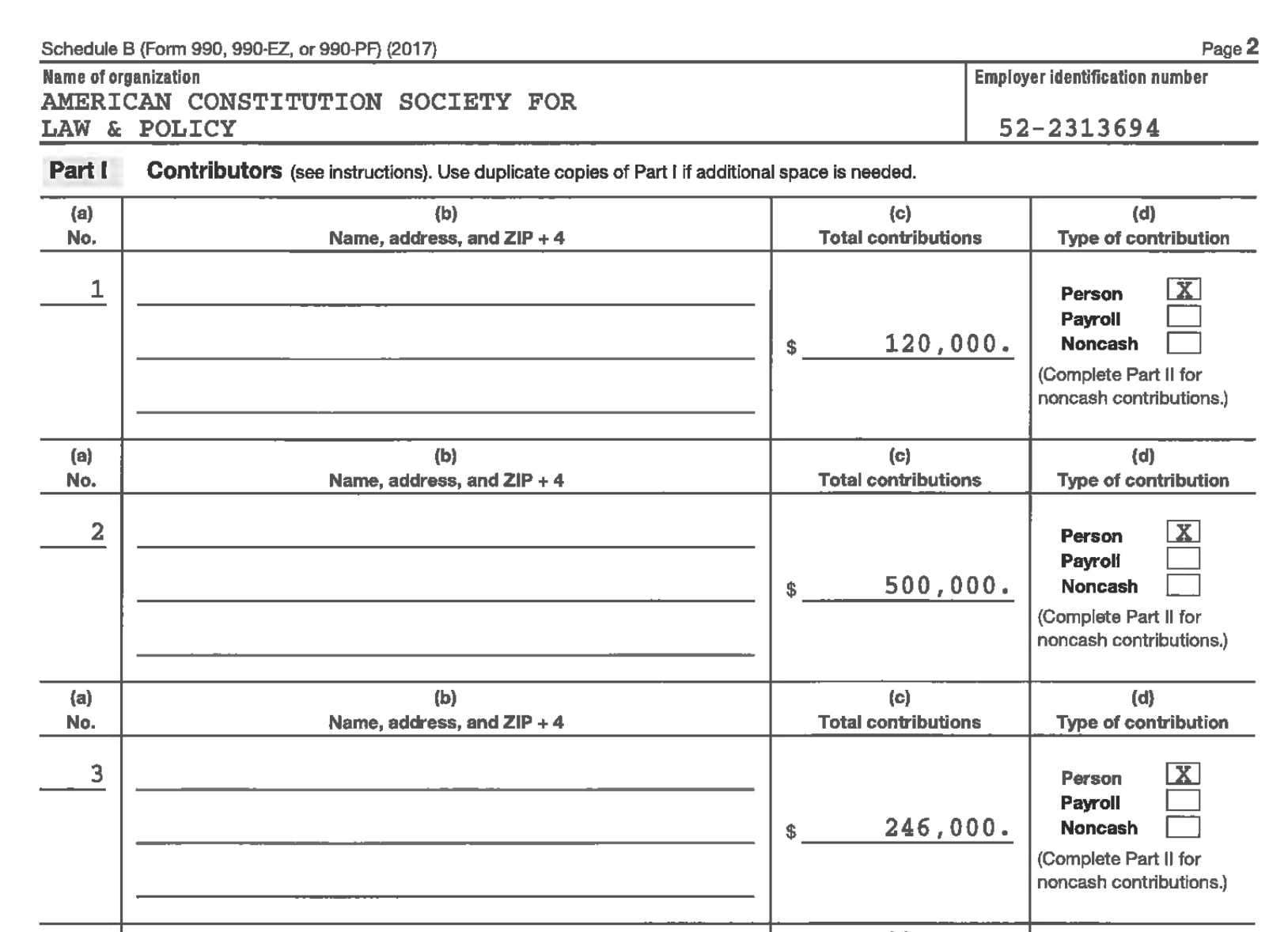 The group also says it trains future generations of “progressive lawyers, judges, policy experts, legislators, and academics by providing opportunities for networking, mentoring, and organizing around matters of both local and national significance.” 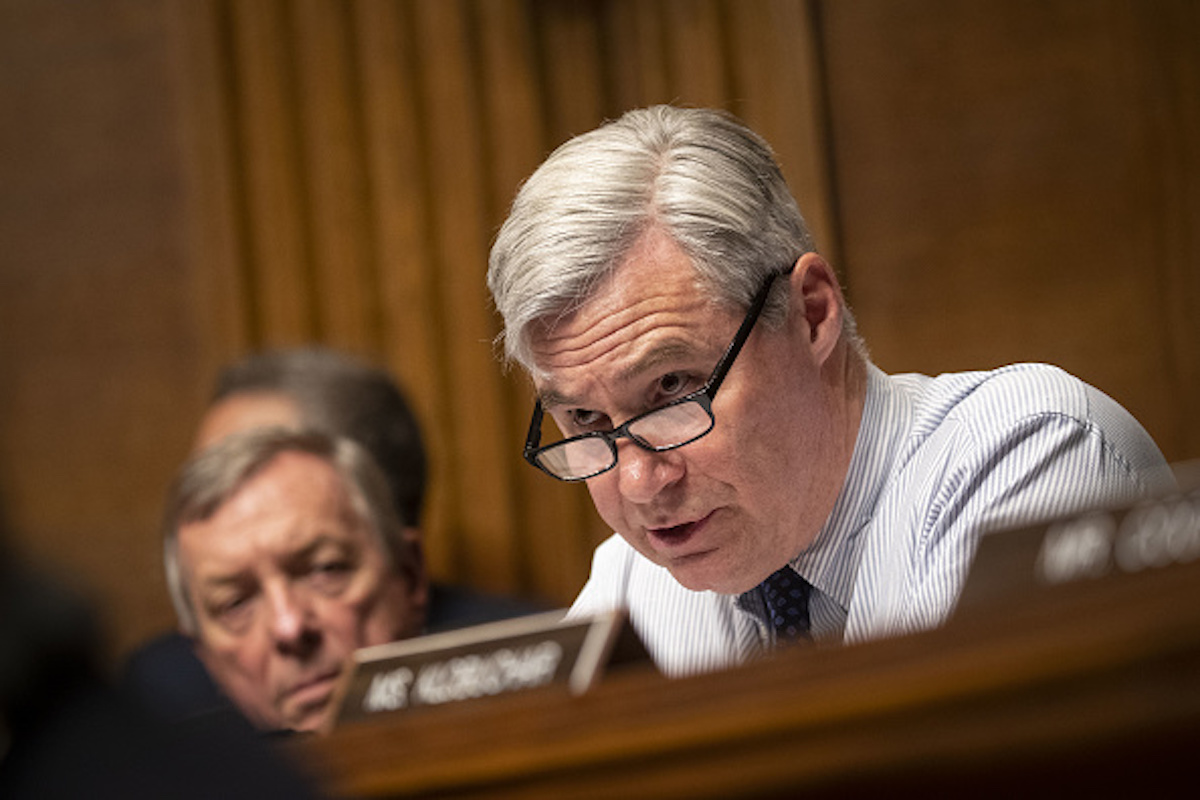 “There is a lot we have yet to learn about the special-interest ‘dark money’ that fuels the complex court-packing scheme and its overlap with the funding behind the Republican Party. What is clear is that this effort has come at a tremendous cost for the American people and our democratic institutions,” reads a report on dark money Whitehouse co-authored with Senate Minority Leader Chuck Schumer in May 2020.

“Much of it was used to impose climate denial orthodoxy on the Republican party,” Whitehouse said. “And why not spend a few billion dollars? Buying or renting the Republican Party or seizing it in a hostile takeover … was a total bargain.”

“Democrats love bashing dark money, only to then turn around and benefit from it politically. It’s a shameless practice that needs to be exposed,” the NRSC said to the Daily Caller.