The post featured a photo of Rubio shaking hands with Cummings, a photo that was briefly made Rubio’s profile picture. Both mistakes were quickly rectified.

Media outlets and politicians have repeatedly mistaken Cummings–who died in October 2019–for Lewis, who passed away on Friday. 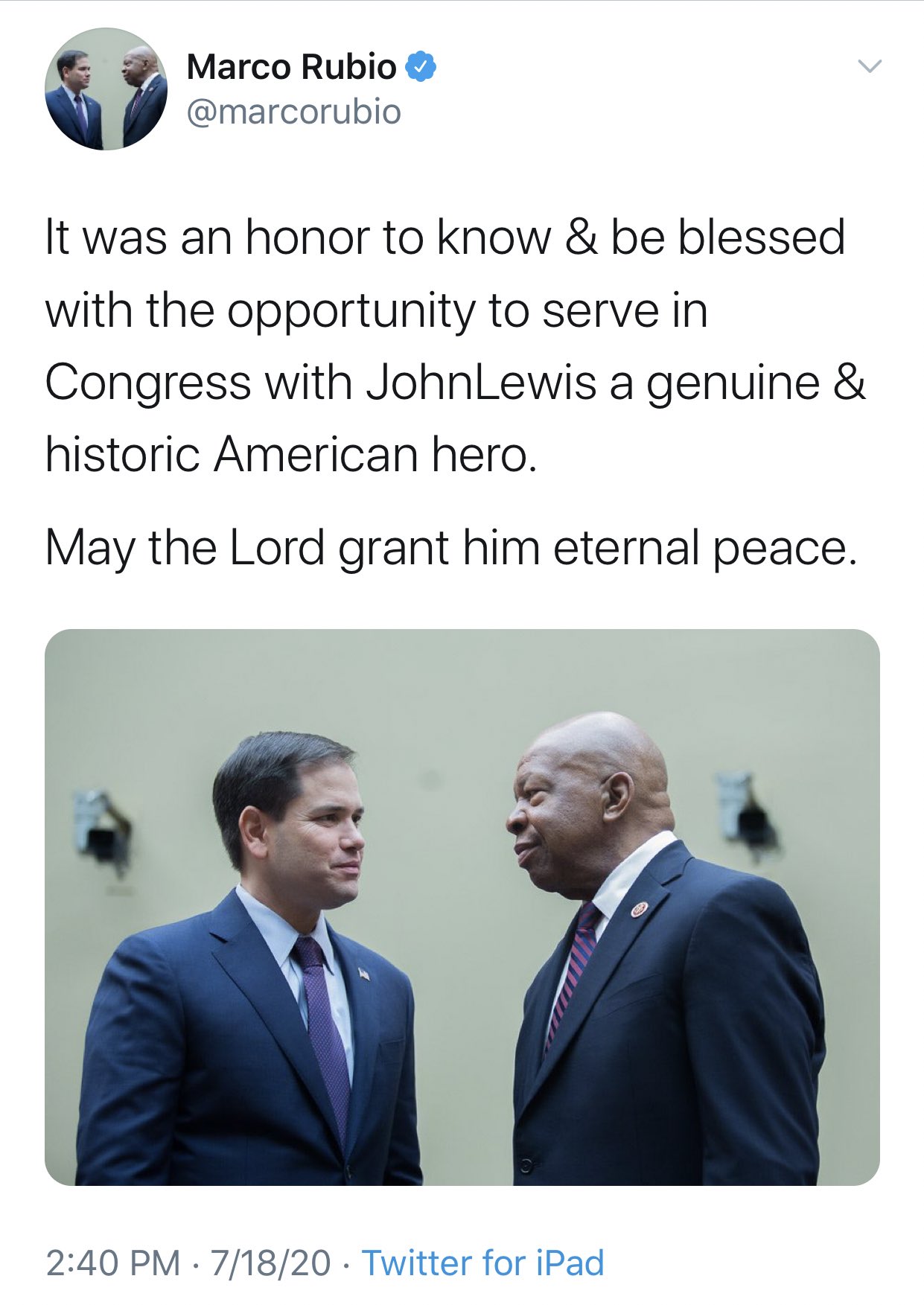 This tweet has been deleted. The senator also made it his profile photo. (That’s Elijah Cummings, not John Lewis.) pic.twitter.com/ygvPCUs6su

“It was an honor to know and be blessed with the opportunity to serve in Congress with John Lewis, a genuine and historic American hero,” Rubio’s tweet read originally. “May the Lord grant him eternal peace.”

“Earlier today I tweeted an incorrect photo,” Rubio wrote. “John Lewis was a genuine American hero. I was honored to appear together in Miami 3 years ago at an event captured in video below. My[sic] God grant him eternal rest.”

For his part, Lewis took being repeatedly mistaken for Cummings in stride during his life. He even published a press release in April 2019 announcing his intention to grow a beard to make it easier to tell the two apart.

“Just this weekend, I went to church in Maryland. Someone came up to me and said, ‘Hi, Mr. Cummings! I vote for you all the time,’’’ Lewis said at the time. “I just said thank you. What else could I say? That’s when I decided, I should just grow a beard.”

“I considered getting a tattoo on the back of my head, just to clear things up. I tried to convince Elijah to get one too, but that didn’t go over so well,” he added.