The investigation found the Uighur Muslim labor is part of the Personal Protective Equipment supply chain, according to The New York Times. The companies use a Chinese government-sponsored program that experts claim usually coerces Uighur Muslims and other minorities into working against their will.

The New York Times found a medical supply of face masks imported to Georgia were from a factory in the Hubei province in China, where more than 100 Uighur Muslims were sent to work, The New York Times reported. Workers at these factories are expected to pledge allegiance to China every week and learn Mandarin. (Related: Chinese Government Spied On Uighur Muslims Using Cell Phone Apps, Study Finds)

The Chinese government said the program helps “local residents rise above poverty through employment and lead fulfilling lives,” according to The New York Times. The number of workers placed into these forced-labor conditions and the steep penalties for those who refuse to cooperate indicate working is involuntary.

“There are these coercive quotas that cause people to be put into factory work when they don’t want to be. And that could be considered forced labor under international law,” Director Amy K. Lehr of the Human Rights Initiative at the Center for Strategic and International Studies told The New York Times. 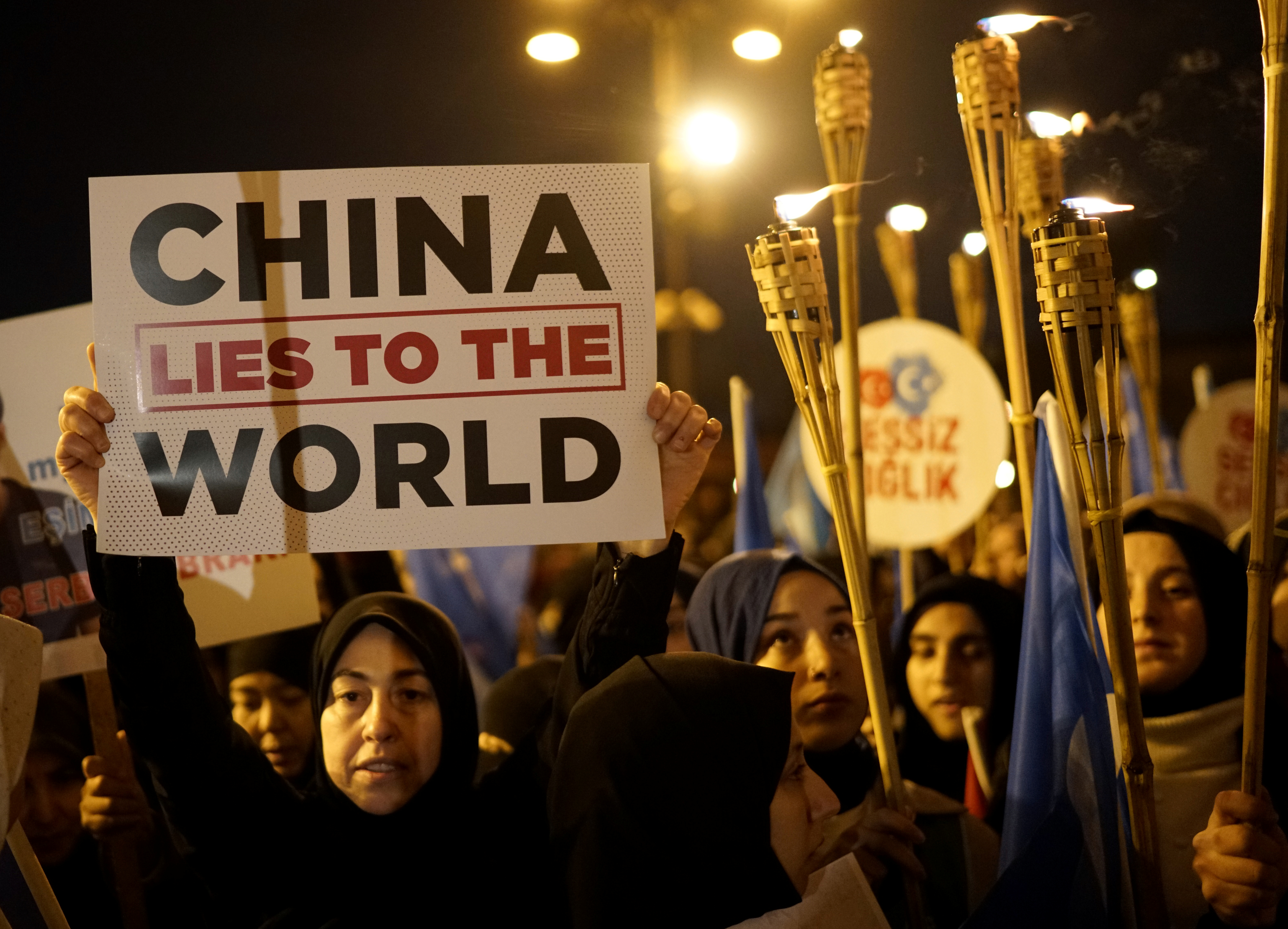 Protesters march in support of China’s Uighurs and in solidarity with Arsenal midfielder Mesut Ozil after the furore caused by his criticism of China’s policies toward the Muslim minority in Istanbul, Turkey, December 20, 2019. REUTERS/Umit Bektas

The Chinese Communist Party  has reportedly been placing Uighur Muslims into indoctrination camps for religious activities. The Chinese government has also been alleged of “demographic genocide” on the Uighur Muslims through forced abortions, birth control, imprisonment and detention camps.

Secretary of State Mike Pompeo demanded June 29 the Chinese government stop their “dehumanizing abuses” against the Uighur Muslims, in an official release from the State Department.