A man was killed and eight others, including a woman, were wounded in a Sunday afternoon attack in Washington D.C., which police said was likely a “targeted shooting.”

The attack, which occurred before 5 p.m., was perpetrated by three men who shot into a small gathering of people standing in the street, said Peter Newsham, chief of the Metropolitan Police Department. The attackers were armed with two long guns and one pistol.

“This type of brazen daylight activity in a very, very busy block I’m sure is scary for this community,” Newsham said. “I don’t know what people are thinking if they think they can enter a block and lay down that many rounds.”

He added: “It’s absolutely ridiculous that anybody would do that in our community. It’s insane. We can’t have that.” (RELATED: ‘They’re Not Concerned About The General Public’: NY, LA Police Unions Blast Massive Budget Cuts)

Investigators reviewed security camera footage of the incident and recognized some of the victims, Newsham said. The individuals the police are familiar with were likely targeted, Newsham said.

Violent crime has been spiking in cities including Atlanta, Chicago, Houston, Los Angeles, New York City and Philadelphia, according to Fox News. Chicago, for example, has seen a 48% increase in murders this year compared to the same period last year.

The surge in crime around the country comes amid increasing calls to defund police departments following the death of George Floyd, who died in Minneapolis police custody on May 25 after an officer kneeled on his neck, video shows. 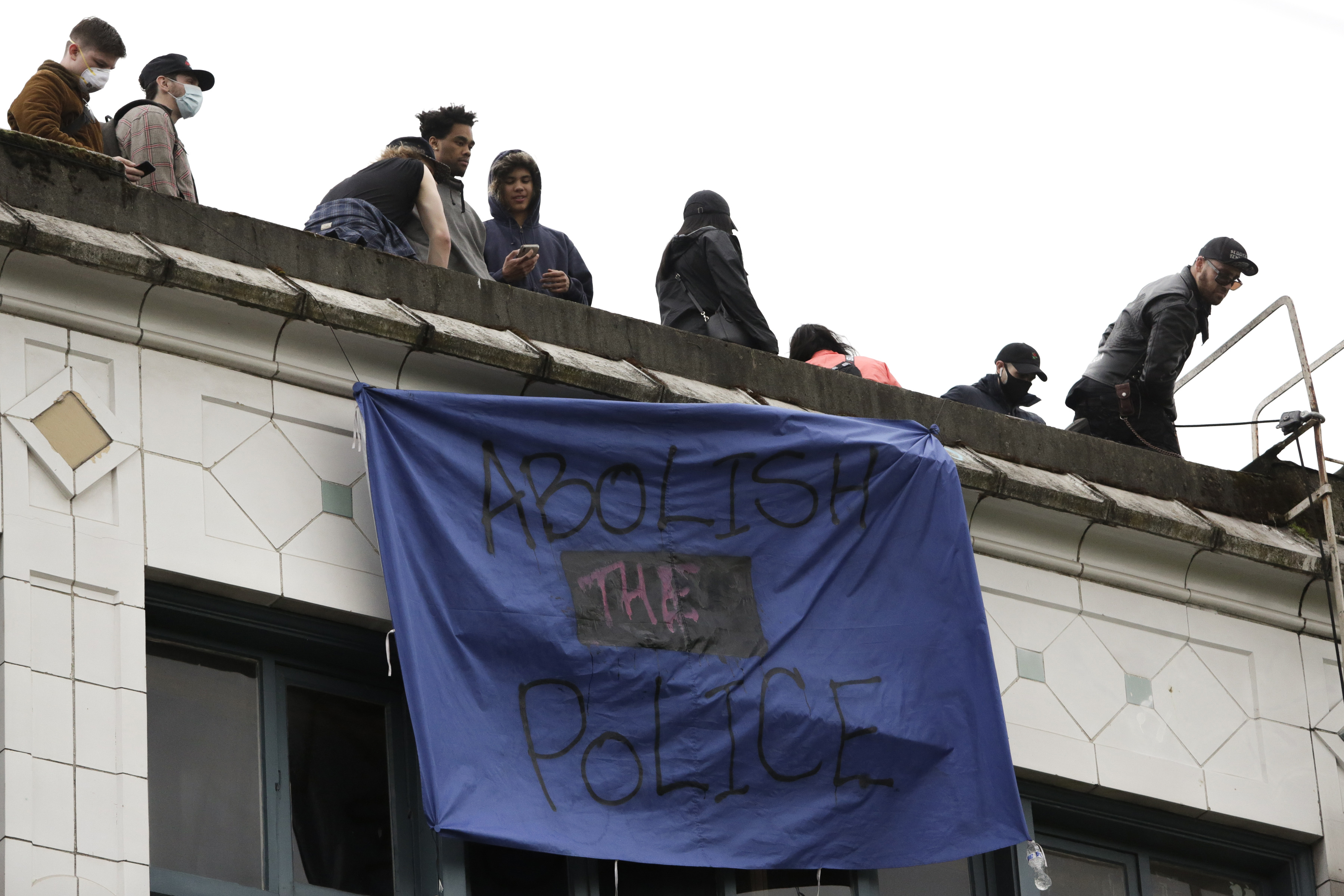 A banner which reads “abolish the police” hangs from a building on June 12, 2020 in an area formerly known as the Capitol Hill Autonomous Zone located in Seattle. (Jason Redmond/AFP via Getty Images)

Morale among police officers has dropped down in some departments because of attacks against the police, according to the Daily Caller News Foundation. People are backing away from being a police officer and current officers are retiring early as well, The Wall Street Journal reported.

Newsham pushed back when asked if there was a connection between Sunday’s afternoon shooting and calls to defund the police. Rather, he pointed to gun violence as the main issue when it comes to D.C. crime. (RELATED: ‘Morale Is In The Toilet’: Police Union Officials Wouldn’t Want Their Own Sons In Law Enforcement)

“I don’t know if defunding the police comes into this conversation. I think what we need to talk about is gun violence in our community,” Newsham said. “We actually have a reduction in violent crime in our city, but gun violence is a real problem.”