The Supreme Court denied a request by House Democrats Monday that sought to expedite the process of obtaining President Donald Trump’s financial documents.

Chief Justice John Roberts denied the motion, according to a court document. The Supreme Court ruled earlier in July that Manhattan District Attorney Cyrus R. Vance Jr.’s subpoena that demanded access to the president’s finances could proceed, contrary to Trump’s claims that he bore immunity against the order, according to The Washington Post.

The court document notes that Justice Sonia Sotomayor would have granted the request to decide on the House of Representatives’ subpoena immediately.

Democrat lawmakers, following the ruling, requested similar access, but were blocked pending further review in a lower court, CNN reported.  House lawyer Doug Letter reportedly requested immediate acquisition on the subpoenas because he suspected “conflicts of interest” as well as possible “money laundering,” according to a court document. 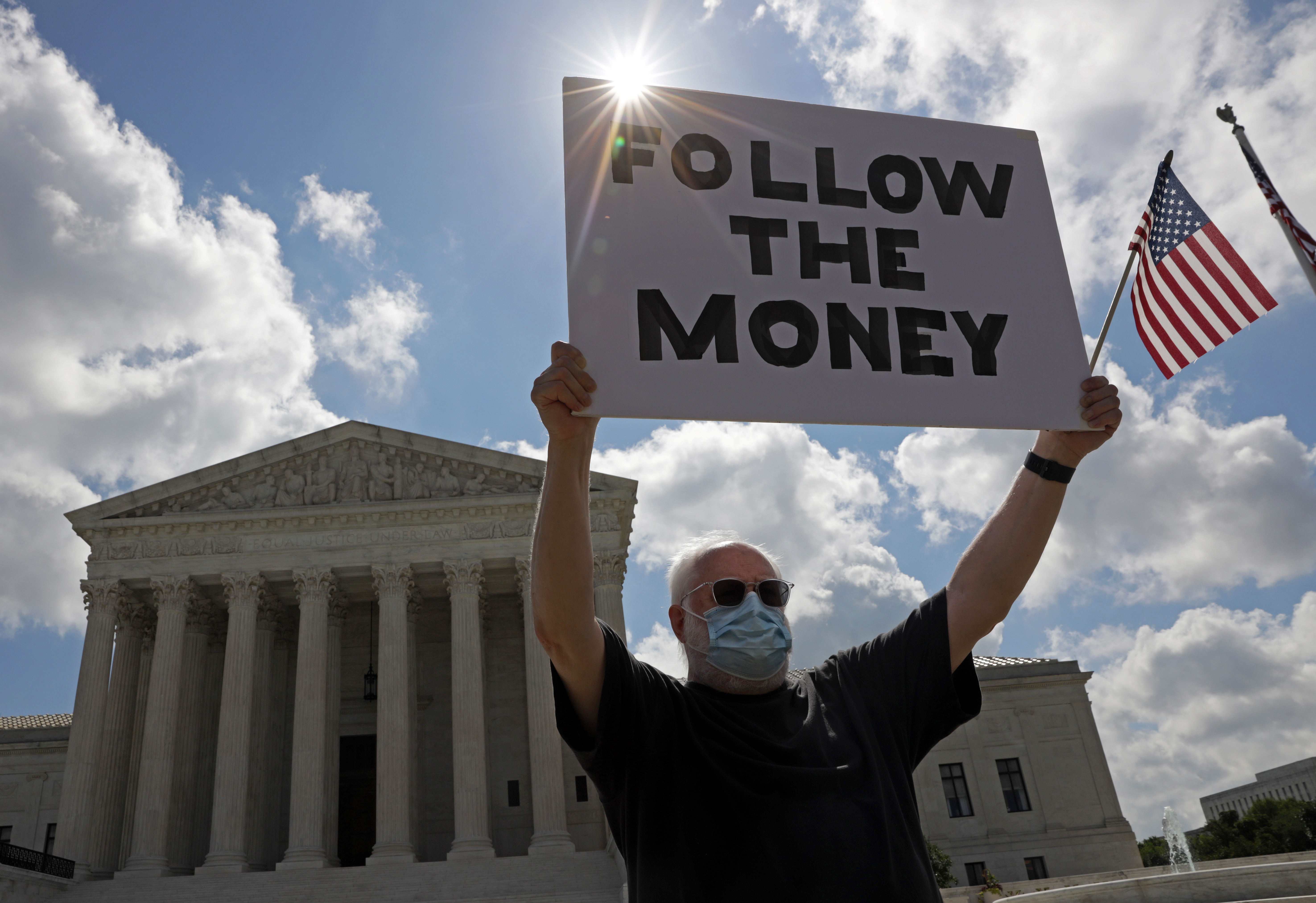 A man holds up a “Follow the Money” sign in front of the U.S. Supreme Court July 9, 2020 in Washington, DC. The Supreme Court has issued a 7-2 ruling that New York prosecutor can obtain President Donald Trump’s financial records, including tax returns. (Photo by Alex Wong/Getty Images)

“Immediate issuance of this Court’s judgments would accelerate the proceedings in the lower courts so that the Committees may obtain the materials necessary to undertake any needed legislative reforms as quickly as possible to address, among other issues, conflicts of interest that threaten to undermine the Presidency, money-laundering and unsafe lending practices, and foreign interference in U.S. elections and any other ongoing threats to national security arising from President Trump’s foreign financial entanglements,” Letter wrote in the document.