The nation’s largest teachers unions filed a lawsuit Monday against the State of Florida over a department of education emergency order, which demanded schools reopen in August.

The Florida Education Association was joined by the American Federation of Teachers and the National Education Association in suing Republican Gov. Ron DeSantis and Richard Corcoran, commissioner of the Florida Department of Education, according to a press release. DeSantis’ emergency order, issued on July 6 by the department of education, ordered all brick and mortar schools to open at least five days a week in August.

“No one wants to be back in the classroom with students more than educators, but we must do so only if we can ensure it is done in a safe way,” said Lily Eskelsen García, National Education Association president, according to the press release.

She continued: “Unfortunately, Gov. Ron DeSantis, like Donald Trump and Betsy DeVos, has no plan to solve the real issues facing public schools during a pandemic, and that’s a major concern to students, educators and parents.”

The lawsuit argues that the emergency order violates Florida’s Constitution, which mandates that public schools are “safe” and “secure.” Floridians are constitutionally entitled to a safe reopening, the lawsuit said. (RELATED: ‘Fauci Has Never Let Me Down’: Maryland Governor Defends Fauci, Says Trump Wouldn’t Return His Call) 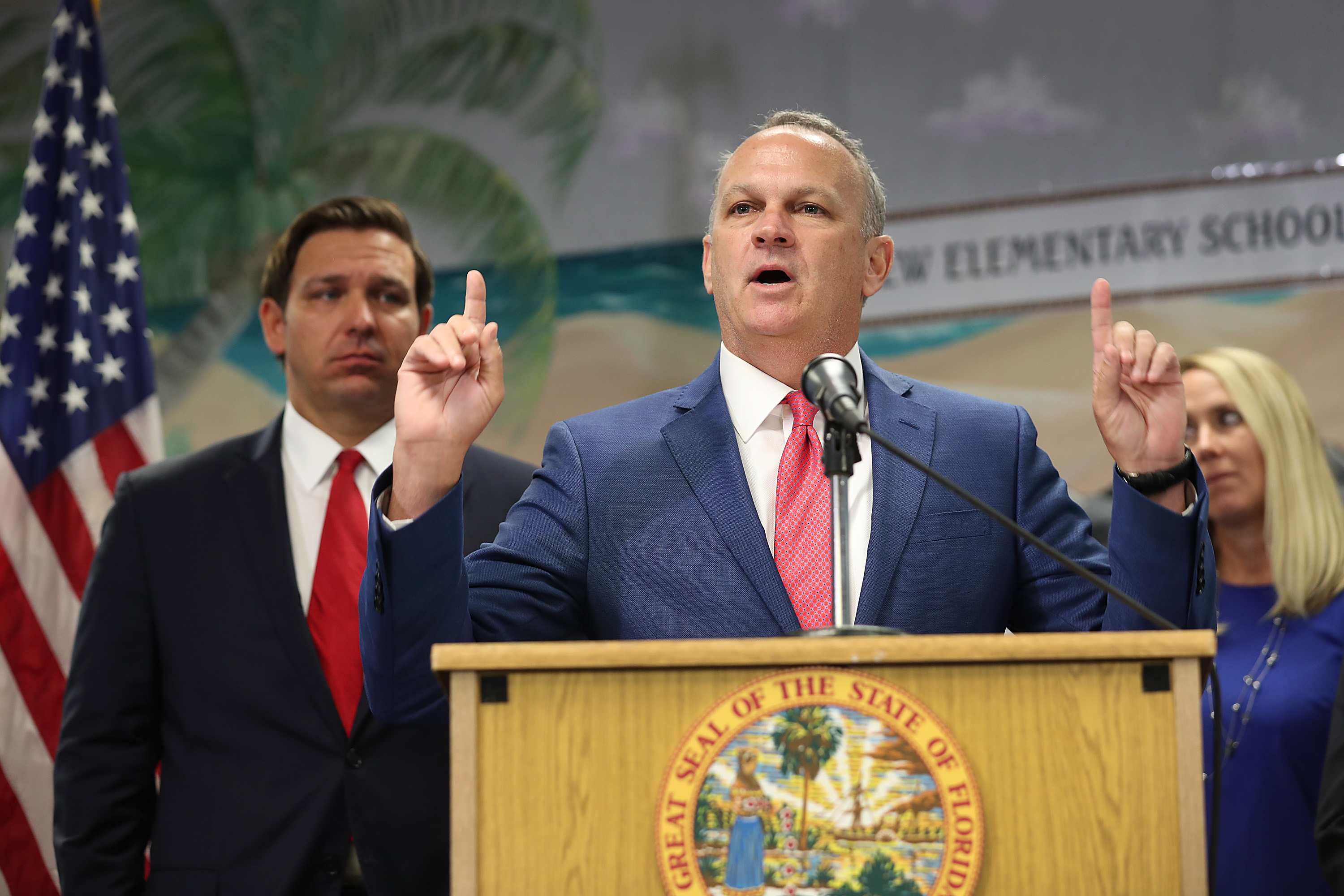 DeSantis has distanced himself from the emergency order, according to The New York Times. The order was issued by the department of education, not him, he said at a Monday press conference.

However, DeSantis has said that if retailers could safely open, schools should be able to as well, Politico reported.

“Educating our kids is absolutely essential,” DeSantis said on July 9, according to Politico.

Meanwhile, the Florida Chapter of the American Academy of Pediatrics wrote a letter to DeSantis Sunday urging him to reconsider the department of education’s emergency order, Fox affiliate WOFL-TV reported.

Florida has seen a recent surge in coronavirus cases, according to data compiled by The Times. Trump declared a national emergency in March as the coronavirus spread rapidly across the world.

Trump called for schools to reopen with in-person classes in an interview with Fox News’ Chris Wallace Sunday. He also threatened to remove federal funding from school districts that open with remote learning.

“Trump is politicizing opening schools, just as he did with wearing masks,” said American Federation of Teachers President Randi Weingarten in an op-ed Sunday. “No wonder a majority of American parents see it as risky for schools to reopen in the fall, including majorities across partisan lines.”

The National Education Association has 3 million members while the American Federation of Teachers has 1.7 million members, according to U.S. Department of Labor filings.