Republican Florida Rep. Ted Yoho reportedly confronted Democratic New York Rep. Alexandria Ocasio-Cortez outside of the Capitol building Monday and said she is a “fucking bitch” as he walked away.

Yoho was reportedly walking down the steps of the Capitol when he saw Ocasio-Cortez, who was walking to vote on the House floor. Yoho reportedly walked up to her and told her she was “disgusting” for saying unemployment is causing crime rates to soar in New York City, according to The Hill.

During the back and forth, Yoho then reportedly told Ocasio-Cortez: “You are out of your freaking mind.”

To which Ocasio-Cortez responded by saying he was being “rude.” 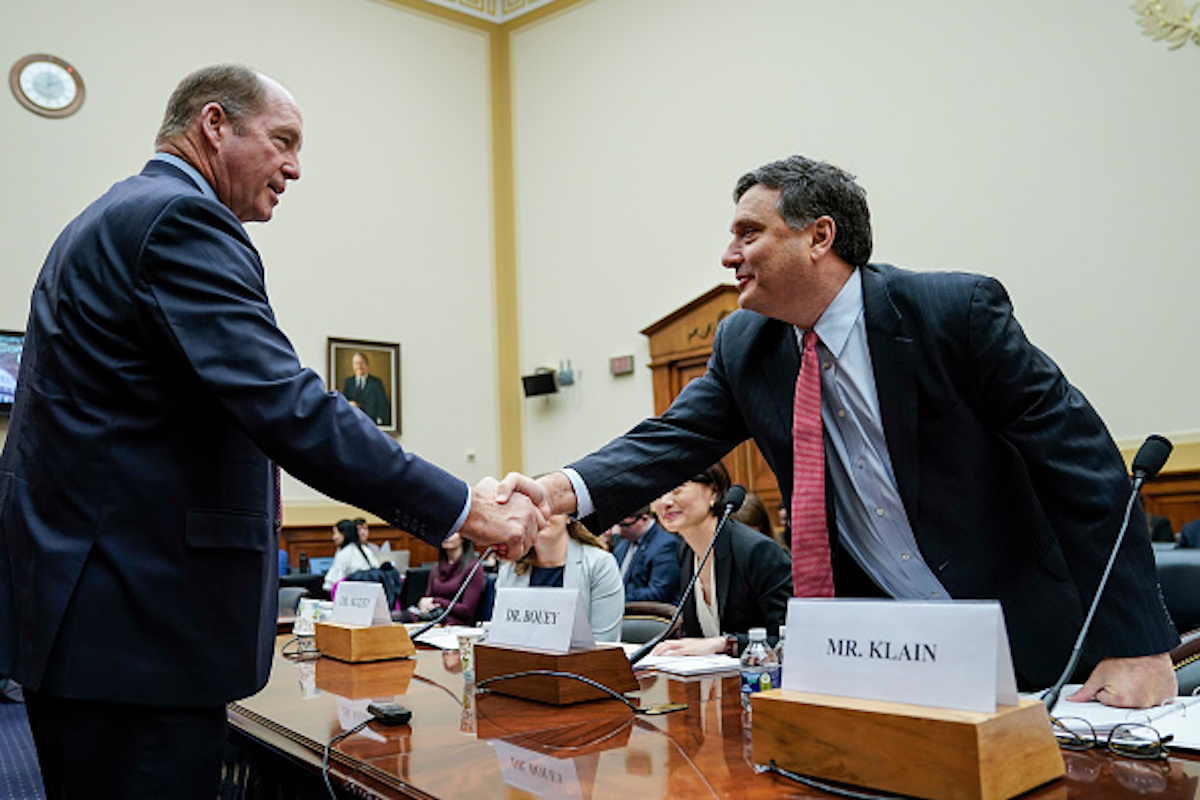 “That kind of confrontation hasn’t ever happened to me — ever,” Ocasio-Cortez said to The Hill about the interaction. “I’ve never had that kind of abrupt, disgusting kind of disrespect levied at me.” (RELATED: Rep. Alexandria Ocasio-Cortez Calls For National Work Boycott Post-Coronavirus)

Yoho’s office denied The Hill’s reporting, telling the Daily Caller: “Congressman Yoho had a brief member to member conversation on the steps of the Capitol. As you know, these conversations happen frequently when the House is in session. He did not call Rep. Ocasio-Cortez what has been reported in the Hill or any name for that matter.”

“It sounds better for the Hill newspaper and gets more media attention to say he called her a name – which he did not do. It is unfortunate that Rep. Ocasio-Cortez is using this exchange to gain personal attention. Instead, he made a brief comment to himself as he walked away summarizing what he believes her polices to be: bullshit,” Yoho’s office continued.