President Donald Trump signed a presidential memorandum Tuesday that calls on Congress not to count illegal immigrants while redrawing voting districts ahead of the 2022 election.

“My Administration will not support giving congressional representation to aliens who enter or remain in the country unlawfully, because doing so would create perverse incentives and undermine our system of government,” Trump said in a statement accompanying the announcement. “Just as we do not give political power to people who are here temporarily, we should not give political power to people who should not be here at all.” 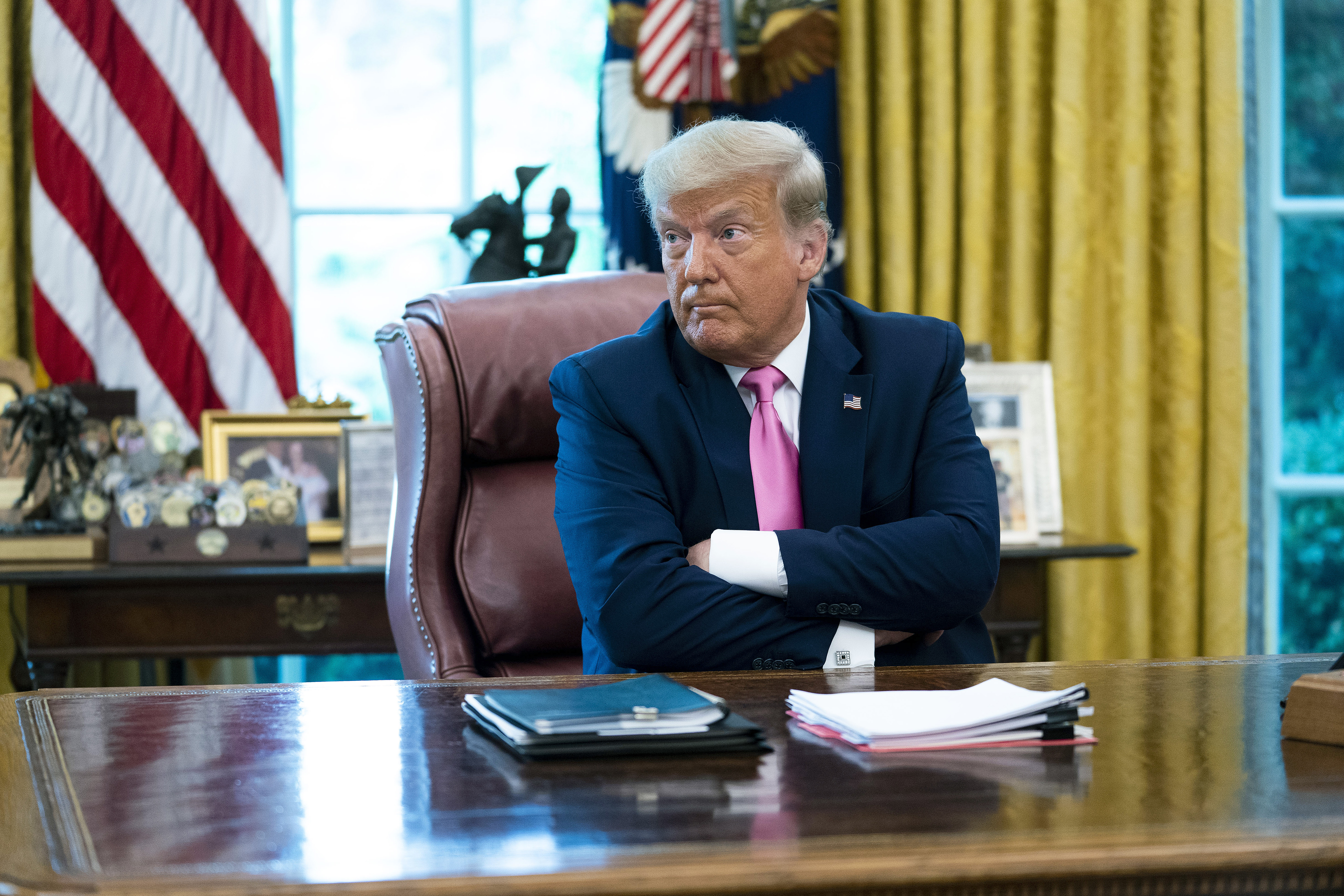 WASHINGTON, DC – JULY 20: U.S. President Donald Trump talks to reporters while hosting Republican Congressional leaders and members of his cabinet in the Oval Office at the White House July 20, 2020 in Washington, DC. Trump and his guests talked about a proposed new round of financial stimulus to help the economy during the ongoing global coronavirus pandemic. (Photo by Doug Mills-Pool/Getty Images)

The president added that “there used to be a time when you could proudly declare, ‘I am a citizen of the United States,’ but now, the radical left is trying to erase the existence of this concept and conceal the number of illegal aliens in our country.”

“This is all part of a broader left-wing effort to erode the rights of Americans citizens,” he continued. “I will not stand for it.”

It should be noted that the executive branch does not hold any oversight over the U.S. Census, which provides the data from which congressional appointment maps are drawn.

Senior White House officials confirmed the contents of the memo, titled “Excluding Illegal Aliens From the Apportionment Base Following the 2020 Census,”  to the Daily Caller ahead of the signing, but multiple questions remained as to how exactly Trump is recommending Congress exclude illegal immigrants from the new district maps. The U.S. Census does not currently contain any questions about respondents’ citizenship or legal status. (EXCLUSIVE: White House’s Deregulation Effort Specifically Boosts Black America’s COVID Recovery, Ben Carson Says)

Critics of the move told Reuters that counting illegal immigrants in the census is critical for determining funding levels for schools, health care facilities and other public utilities. They further argued that the U.S. Constitution specifically states that the congressional voting districts be drawn based on the “whole number of persons” living in each state, regardless of citizenship, but the text of the memo does address this second critique. 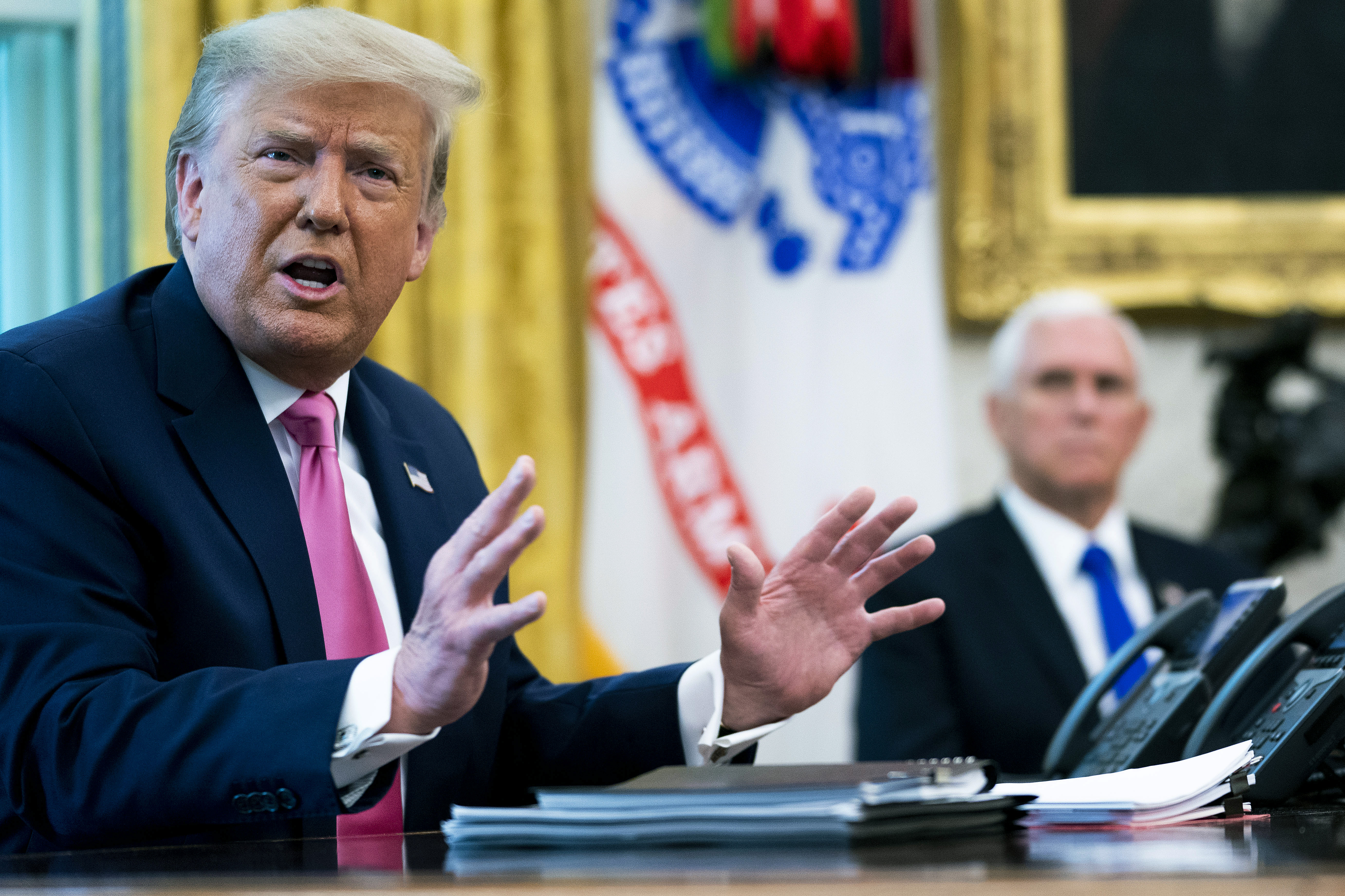 WASHINGTON, DC – JULY 20: U.S. President Donald Trump talks to reporters with Vice President Mike Pence in the Oval Office at the White House July 20, 2020 in Washington, DC. Trump hosted Republican Congressional leaders and members of his cabinet to talk about a proposed new round of financial stimulus to help the economy during the ongoing global coronavirus pandemic. (Photo by Doug Mills-Pool/Getty Images)

“The Constitution does not specifically define which persons must be included in the apportionment base,” the memo reads. “Instead, the term ‘persons in each State’ has been interpreted to mean that only the ‘inhabitants’ of each State should be included.”

The text directs the Department of Commerce to combine census data with any other relevant government databases to determine which “persons in each state” are citizens, legal immigrants, and illegal immigrants. The order then urges Congress to exclude the third category of individuals, as determined by Commerce, from congressional apportionment.

Trump’s Tuesday signing is the latest of several executive actions taken in recent months aimed at reforming the immigration system. In June, he signed an executive order that suspends foreign worker visas through the end of the year in an effort to address massive unemployment caused by the coronavirus pandemic.