Karl had asked, “Where in the Constitution does the president derive the authority to send federal law enforcement officers to the streets of American cities against the will of the elected officials in those cities?” 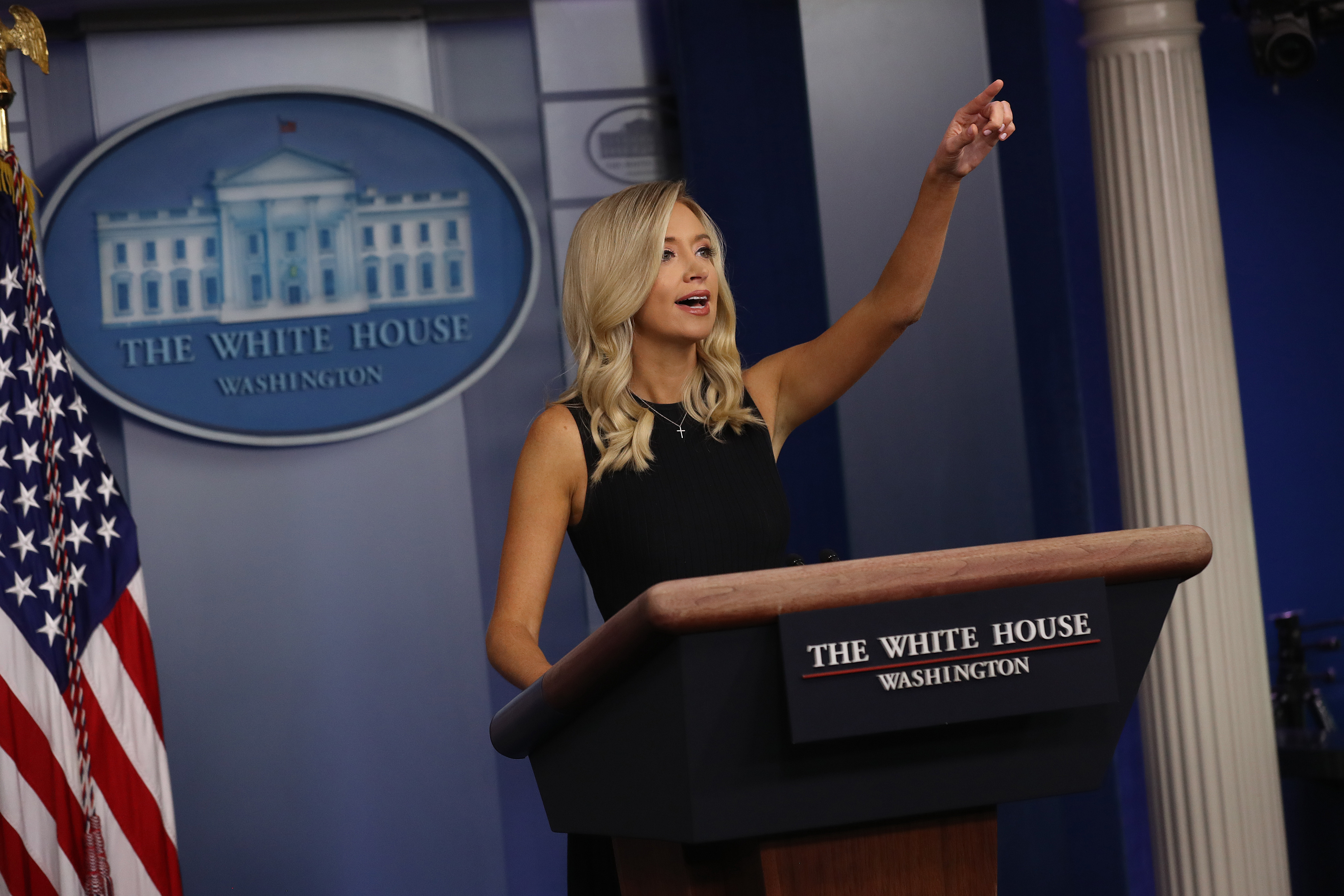 “They can be deputized for the duty, in connection to the protection of property owned or occupied by the federal government and persons on that property,” she continued. “When a federal courthouse is being lit on fire and commercial fireworks being shot at it, being shot at the officers I think that falls pretty well within the limits of 40 U.S. Code 1315.”

Karl asked McEnany in a followup question if President Donald Trump sees any “limitations to that power” and if “That’s a matter of protecting federal property, how far does that power extend to the streets of Portland. What are the limitations of that, the authority to protect it?”

“Under the law we believe they can conduct investigations of crimes committed against federal property or federal officers,” McEnany responded. “In the case where you have someone shooting off a commercial grade firework and then running across the street, we don’t believe that extends past the jurisdiction.”

DHS told the Daily Caller last week that Border Patrol agents who detained individuals in Portland not actively engaged in the protests were doing so to investigate links to assaults on law enforcement officials and vandalism of federal property.

“While the U.S. Customs and Border Protection (CBP) respects every American’s right to protest peacefully, violence and civil unrest will not be tolerated,” CBP wrote in a statement. “Violent anarchists have organized events in Portland over the last several weeks with willful intent to damage and destroy federal property, as well as injure federal officers and agents. These criminal actions will not be tolerated.”

“Let’s get this right. ‘Protestors’ imply they were peacefully exercising their 1st amendment rights,” he tweeted on Friday. “Instead, DHS officers were assaulted with lasers and frozen water bottles from violent criminals attempting to tear down federal property. 2 officers were injured. Facts matter.”

Let’s get this right. “Protestors” imply they were peacefully exercising their 1st amendment rights. Instead, DHS officers were assaulted with lasers and frozen water bottles from violent criminals attempting to tear down federal property. 2 officers were injured. Facts matter. https://t.co/U2CdAT0c9G