Biden announced his plan in a speech in his home state of Delaware. In addition to childcare, his plan includes investments for older Americans and those with disabilities, The New York Times reported.

His plan comes as the coronavirus pandemic has disproportionately affected the health of older Americans and left millions of working families out of work.

It will ease the financial burden of care for families, create good-paying jobs with good benefits, and treat workers with the dignity they deserve.https://t.co/Z8FOorzFmE pic.twitter.com/hcyLR8CIbq

“Families are squeezed emotionally and financially,” Biden said Tuesday. “They need help, but too often can’t afford it.”

The Biden campaign said his child care plan would be paid for via tax increases on the wealthy, which President Donald Trump’s campaign quickly criticized.

“Instead of pro-job and pro-growth policies, Biden is turning to an old friend – tax hikes and big government,” the Trump campaign said in an email Tuesday.

Biden’s plan promises caregivers higher pay and more job opportunities, The New York Times reported. The plan would create more than three-million jobs over the next decade and would allow for at-home caregivers to enter the workforce, according to his campaign.

Biden’s plan to invest in childcare comes as classrooms, which many working families rely on in lieu of childcare, are at increasing risk of convening online as virus cases continue to rise, according to a Johns Hopkins University database. (RELATED: Trump Calls Recent Coronavirus Spikes ‘Burning Embers’ As US Tops 140,000 Deaths)

The Biden campaign touted the plan as critical to the advancement of the United States in a phone call Monday night, the Times reported, allowing for a more complete recovery that would benefit some of the workers most seriously affected by the pandemic.

The U.S. is currently the only fully developed country without taxpayer-funded paid family leave or universal childcare.

Focusing on older and disabled Americans, Biden’s plan said it would eliminate the waiting lists in place in order to qualify for Medicaid, provide increased funding to states that invest in hospice and alternative care and add an additional 150,000 community health workers across the country, according to his campaign.

Biden’s plan would also bail out child care centers, many of which have struggled due to their near-complete reliance on private payments, according to the Times. 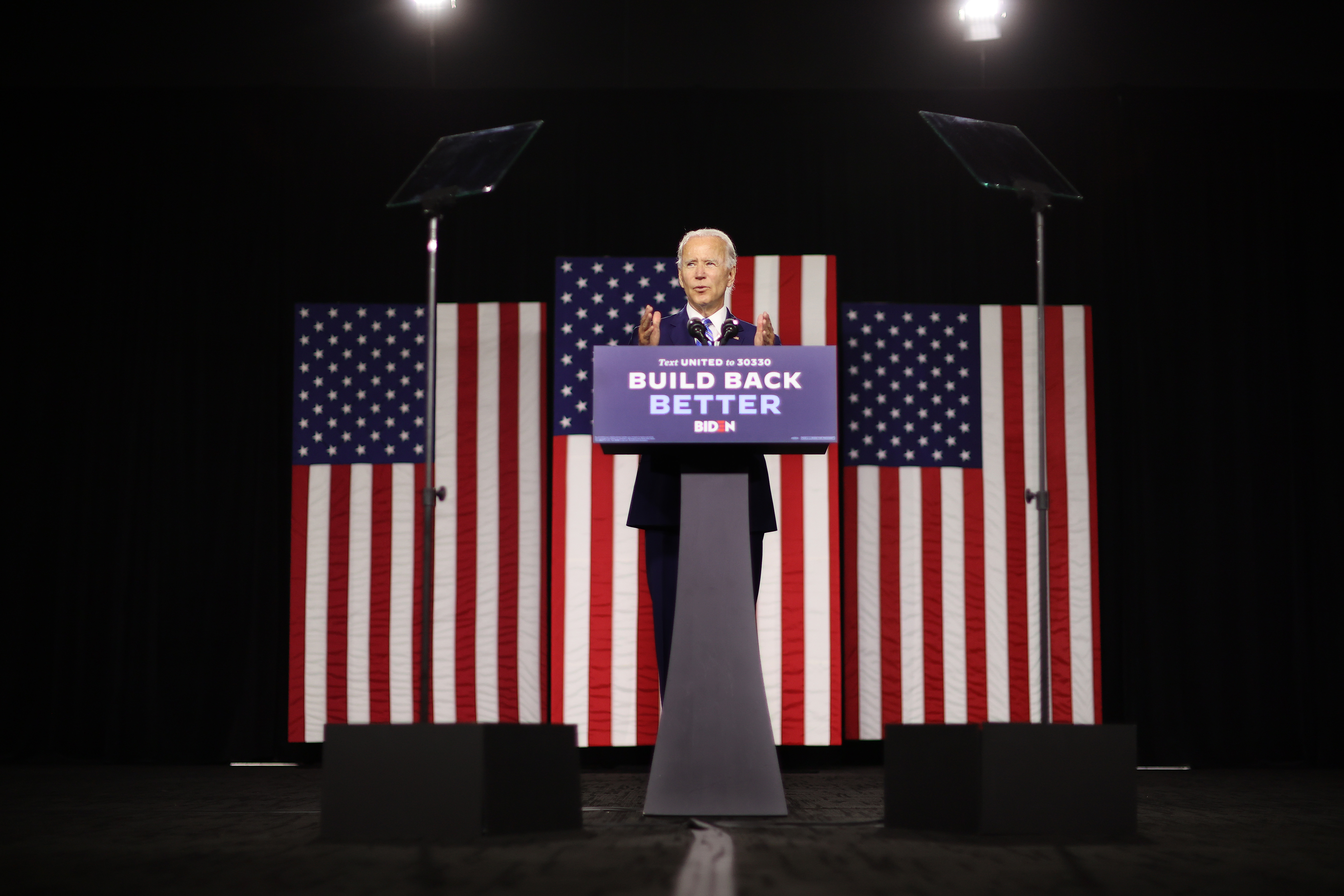 Working families with children could receive up to $16,000 in child care tax credits, with some low-income families receiving free child care, according to his campaign.

Biden’s child care plan is the third recovery plan that he has announced in recent weeks. He released a $700 billion “Build Back Better” plan, which emphasized American manufacturing and investment to spur economic growth. Biden released his climate plan July 14, which aimed to build environmentally friendly infrastructure as a means to a fully green economy. His campaign is expected to release a racial equality plan in the near future, the Times reported.

His plan challenged Trump’s “America First” plan and comes as recent polls have indicated that voters are more trusting of Biden to lead the United States’ recovery.