As an increasing number of food banks close and donations fall, a new report by the Capital Area Food Bank said that a quarter of a million people in the Washington, D.C. region could face hunger because of the coronavirus pandemic, the Washington Post reported.

Capital Area Food Bank’s nonprofits, which serve D.C. and parts of Maryland and northern Virginia, saw anywhere between a 30% to a 400% increase in demand during the pandemic, the Hunger Report 202o said. Overall, projections from Feeding America showed that the region could see a 48% to 60% increase in people facing hunger. 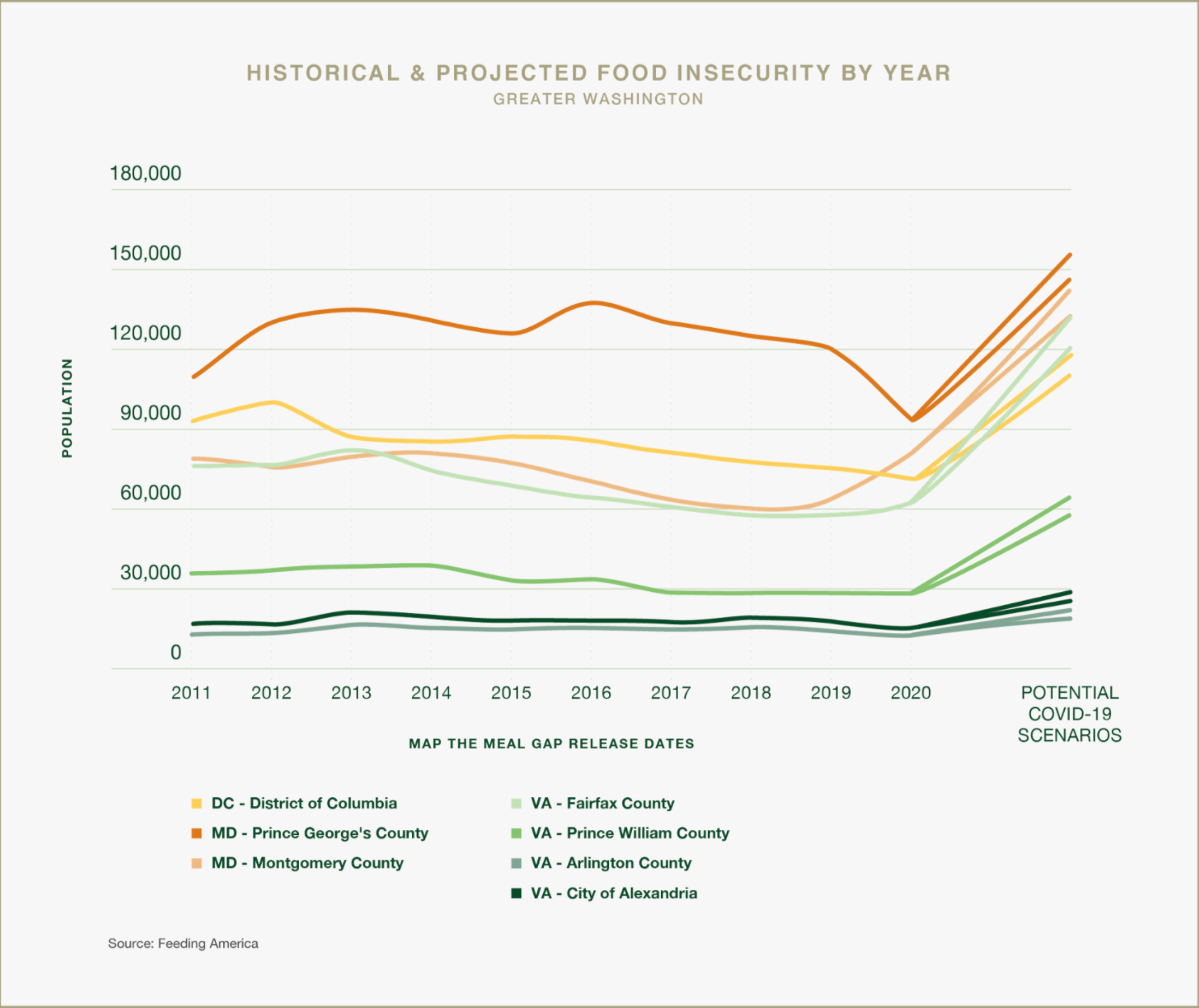 As more people face food insecurity, the number of jobless claims has skyrocketed. In the area that the Capital Area Food Bank serves, more than 539,000 new unemployment claims were filed between March 1 and July 4, the report said. Low-paying jobs, particularly in hospitality and food service, were hit hardest, according to the Hunger Report.

The result is a population that is more in need but less capable of giving. A May poll found that the percentage of people who were giving to charity hit its lowest point since the Great Recession – 73% of people reported giving to charity this year, compared to the prior low of 79% in 2009. In mid-March, food banks in the D.C. region saw a 75% decrease in retail donations in a single week as grocery stores struggled to keep their shelves stocked, according to the Hunger Report.

“After years of declining food insecurity rates in our region, we are suddenly seeing this incredible increase,” Muthiah said according to the Washington Post.