The House of Representatives passed a massive $259.5 billion spending package Friday as Democrats say they are trying to avoid a possible government shutdown before the November elections.

The package passed in a 224-189 vote. The package included four bills, which would help budgets at the departments of State, Interior, Agriculture, Veterans Affairs among other agencies, according to Politico. The package includes $12.5 billion in emergency funding for veterans’ health care. The Environmental Protection Agency as well as the Interior Department would receive more than $9 billion. Another $4 billion would go to “rural development programs” and more than $3 billion would go to the Food and Drug Administration, the outlet reported. 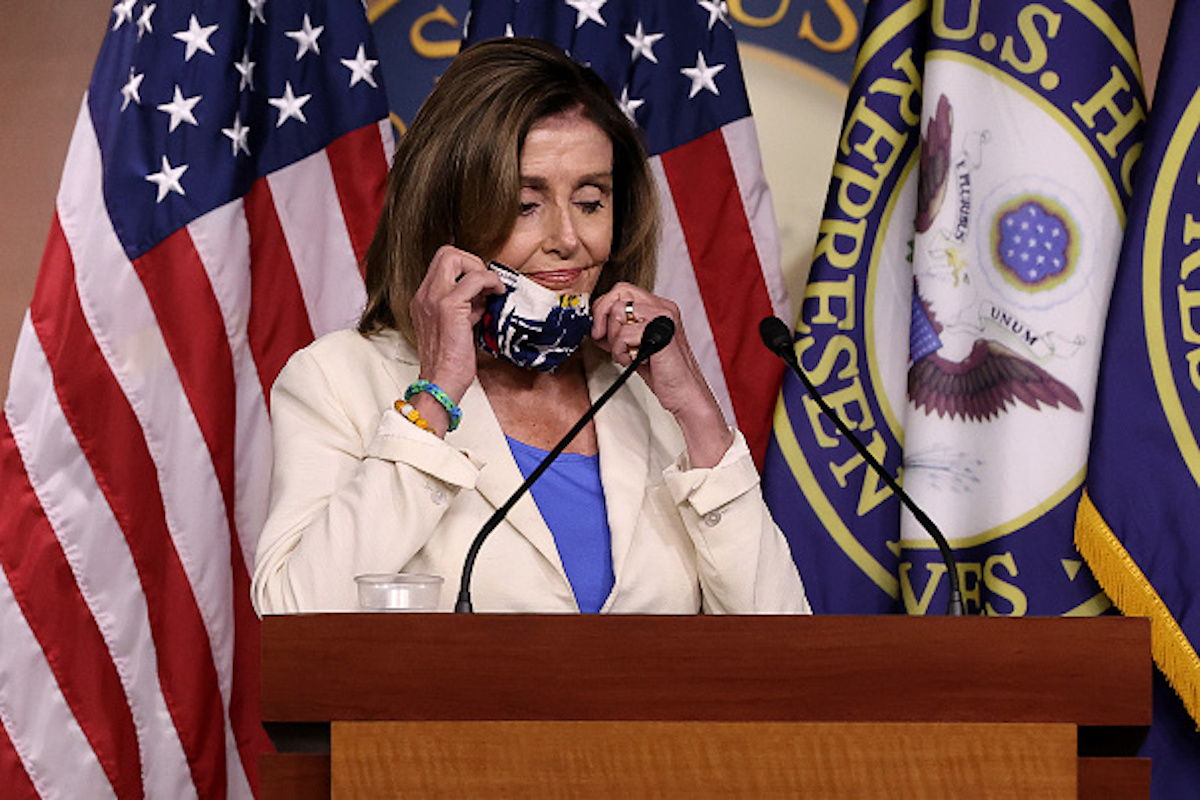 Speaker of the House Nancy Pelosi (D-CA) pulls down her face mask before talking to reporters during her weekly news conference in the U.S. Capitol Visitors Center July 16, 2020 in Washington, DC. (Photo by Chip Somodevilla/Getty Images)

The Senate will likely shut down the legislation, as it criticizes President Donald Trump and would bring back funding to the World Health Organization, which Trump defunded in late May. (RELATED: Democratic Leaders In Congress Reject Republicans’ $1 Trillion Coronavirus Stimulus Plan)