Ryun, a three-time Olympian, was the first high school student to break the four-minute barrier in the mile run. He also served as a Republican Congressman from his home state of Kansas for a decade, from 1996-2006. (RELATED: Legendary Runner Jim Ryun Will Receive Presidential Medal Of Freedom)

Fellow Kansan @JimRyun is one of the most accomplished American runners in history, a former U.S. Representative, and an inspiring motivational speaker. Congratulations, Jim, on being awarded the Presidential #MedalofFreedom, the nation’s highest civilian honor.

Ryun, who admitted that he had struggled to find his niche early on, said that he was cut from every sports team he tried out for — even one at his church.

As he said during Friday’s ceremony, he prayed every night for God to “show up” and give him direction — adding that he would very much like a direction that included sports in some way.

Dear God, I’d like my life to amount to something. I believe you have a plan for my life. I’d appreciate your help in figuring it out. And if you could help me out, make a plan that would include sports of some kind. I’d really appreciate it. Thank you. Good night.

“God, indeed, did show up, in a huge way,” Ryun laughed, noting that everything changed when he found the mile run at a high school track meet.

As a young man, Jim Ryun said a prayer that was answered through his record-breaking athletic career! pic.twitter.com/PepeSjoKHk

Ryun broke the four-minute barrier at the age of 17. That same year, he went on to be the youngest middle-distance runner at the 1964 Tokyo Olympics. Over the next several years he set numerous world records.

1966 Sports Illustrated cover captures the moment @JimRyun, at age 19, broke the world record for the mile, 3:51.3. He went on to become a GOP Rep. from Kansas.
Today President Trump awarded him the Medal of Freedom. pic.twitter.com/iIqIrJvJXD

Ryun won a silver medal in Mexico City in 1968 and went on to compete again in the 1972 games as well. 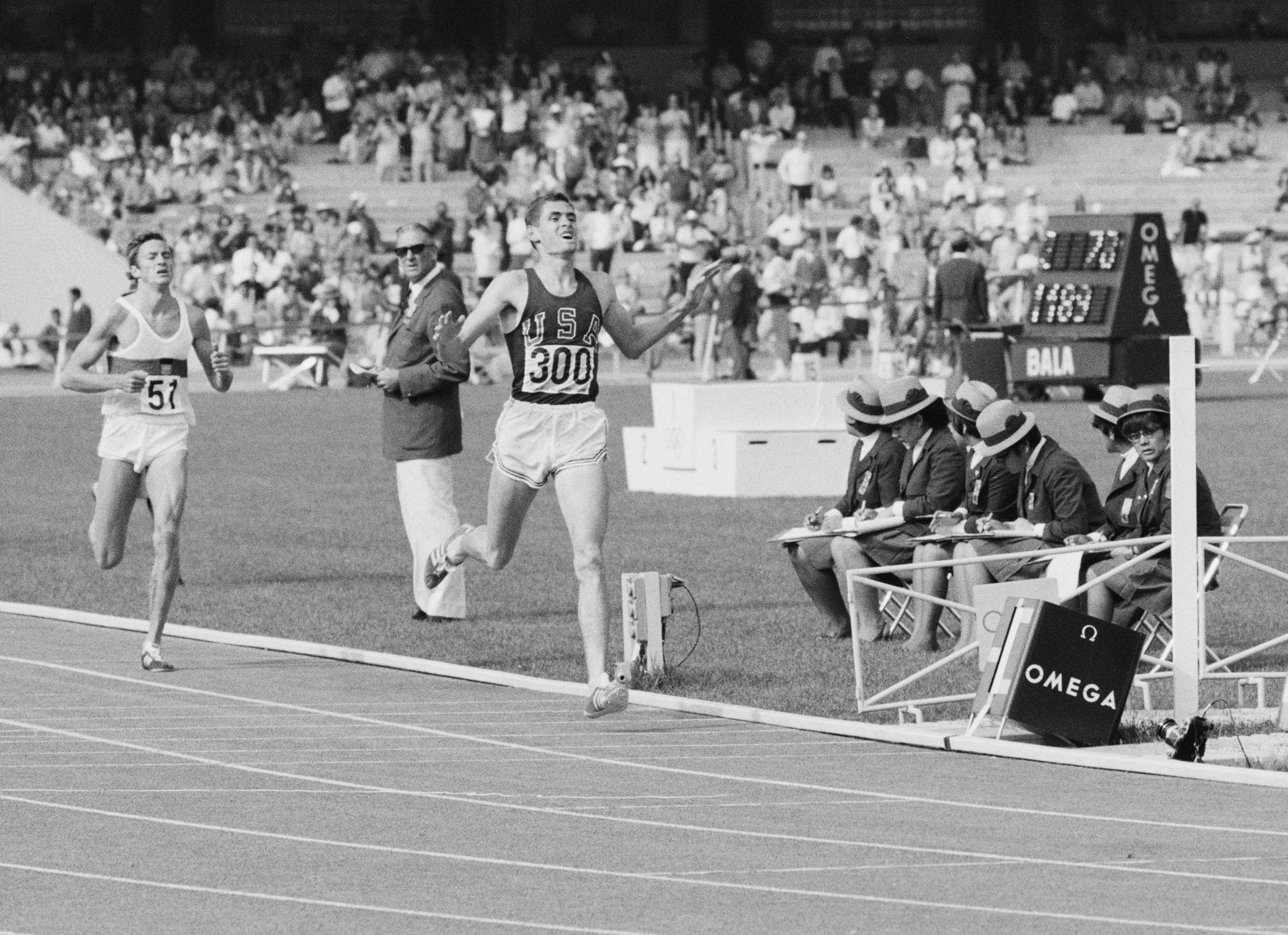 Jim Ryun of the United States crosses the line to take silver ahead of Bodo Tummler of West Germany in the Men’s 1,500 metres event of the XIX Summer Olympic Games on 20th Oct. 1968 at the Olympic Stadium in Mexico City, Mexico. (Tony Duffy/Getty Images)

In the years since, in addition to his service in Congress, Ryun has written several books and helped countless young athletes.

Ryun thanked Trump for the great honor, saying, “In a day and age when many think it’s appropriate to dishonor our flag, I will tell you, it is one of the greatest honors and privileges of my life to represent this amazing country and to wear the stars and stripes on my chest while racing in the ’60s and ’70s. There was such pride and love of country, and I cannot tell you, Mr. President, how much I appreciate your full-throated champion of this great country.”