Hundreds of demonstrators swarmed the home of Democratic Chicago Mayor Lori Lightfoot Thursday after she discussed plans with President Donald Trump to bring in federal authorities to investigate violent crime in the city, according to reports.

The protesters, who demanded the Chicago police force be disbanded, gathered in Logan Square outside the mayor’s home. The activists also sought justice for Miracle Boyd, an 18-year-old that reportedly lost a tooth after he was punched by a Chicago police officer, according to Fox 32.

Protesters appeared to be dancing and yelling “fuck Donald Trump” outside of the Democrat’s home, video shared on Twitter showed.

Chicago Mayor Lori Lightfoot agreed to let feds into Chicago. So this is the scene outside her house tonight.

President Donald Trump on Wednesday announced his plan to send federal agents to assist law enforcement in both Chicago amid rising gun violence and unrest.

Demonstrations against police brutality and racial discrimination across the country have followed the death of George Floyd, who died after a Minneapolis police officer knelt on his neck for over eight minutes, video showed.

Attorney General William Barr estimated around 200 federal authorities will make their way into Chicago in the coming days, according to the Associated Press.

The federal deployment to Chicago is part of a larger movement championed by Trump called Operation LeGend. The aim of the program is combat violent crime amid nationwide unrest, according to the president’s remarks on Wednesday.

Lightfoot and the president spoke about the plan Wednesday evening, according to the mayor’s office. The main goal of the deployment would be investigating violent crime, Lightfoot’s office said in a statement. 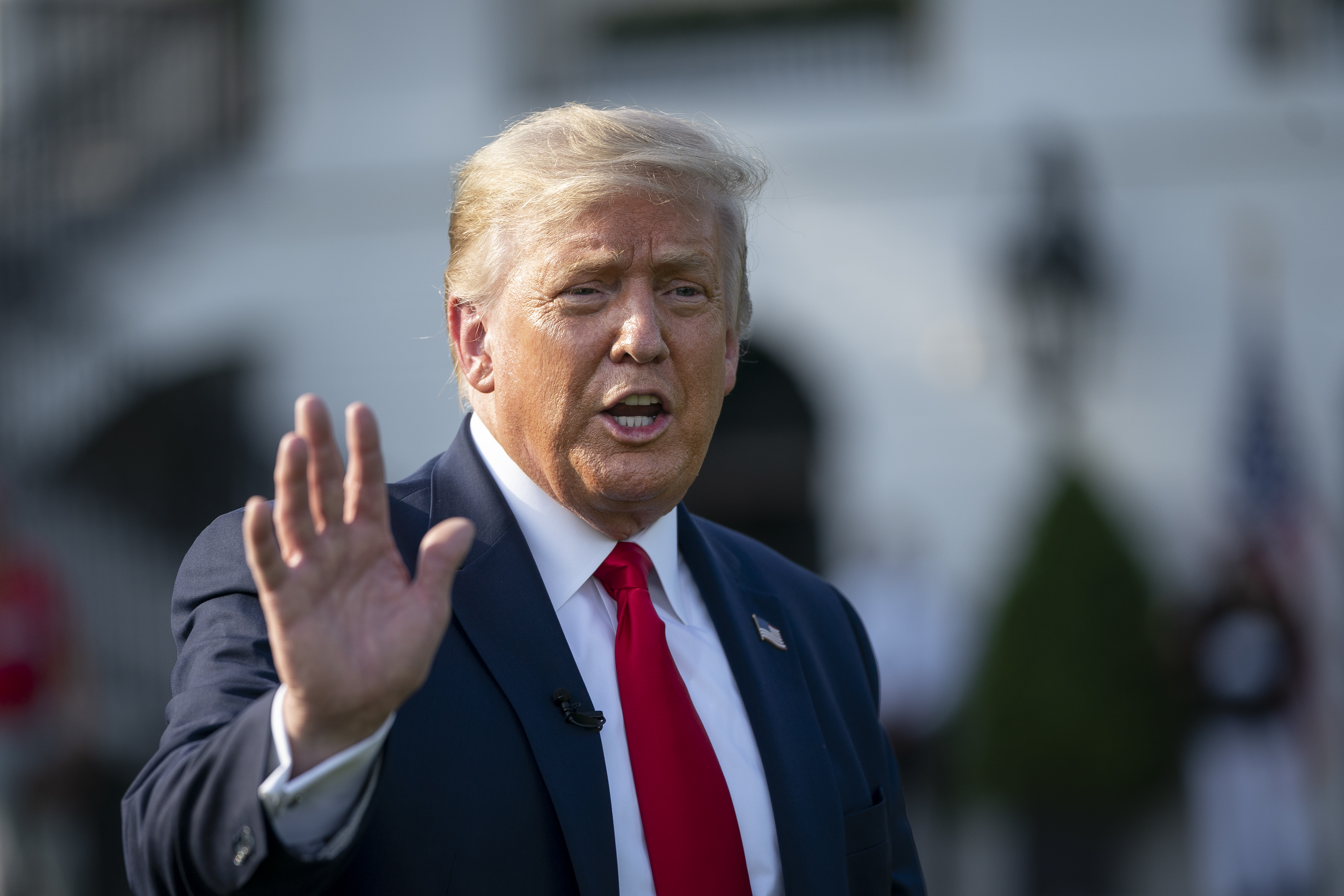 U.S. President Donald Trump speaks after meeting with youth baseball players on the South Lawn of the White House on July 23, 2020 in Washington, DC. (Photo by Drew Angerer/Getty Images)

“The President reached out to Mayor Lightfoot this evening to confirm that he plans to send federal resources to Chicago to supplement ongoing federal investigations pertaining to violent crime,” a statement released by Lightfoot’s office read. “The conversation was brief and straightforward.”

“Mayor Lightfoot maintains that all resources will be investigatory in nature and be coordinated through the U.S. Attorney’s office. The Mayor has made clear that if there is any deviation from what has been announced, we will pursue all available legal options to protect Chicagoans,” the statement concluded.

Chicago has experienced a recent surge in violent incidents when on Tuesday 15 people were shot outside of a funeral home during mourning for a homicide victim. A scuffle also erupted outside a Christopher Columbus statue in the city which saw protesters hurling objects and fireworks at police who pushed back with batons, AP reported. (RELATED: Armed Chicago Children As Young As 10 Years Old Carjacked More Than A Dozen People: Police)

“I’ve never seen things worse in this city than they are right now,” city activist Rev. Michael Pfleger said, according to the news wire.