Senate Democrats are planning to insert a provision in the coronavirus relief bill that would place restrictions on the Trump administration’s ability to send federal agents to help quell protests in cities across the country.

The provision would require federal agents to identify themselves, use marked vehicles and stay on federal property rather than patrol city streets, Senate Minority Leader Chuck Schumer said Monday, according to NBC News. Local officials including mayors and governors would need to approve the use of federal agents patrolling streets.

“We’re going to try to get [it] into the COVID 4 bill,” Schumer said, according to NBC News. “It has broad support within the Democratic Caucus.” (RELATED: Portland Police Recover Molotov Cocktails, Ammunition During Violent Protests)

Protests turned violent in Portland, Oregon after the Trump administration authorized the deployment of federal agents, who are largely Department of Homeland Security officers, to help quell protests, according to The New York Times. The protests have been centered around Mark O. Hatfield U.S. Court House, which is federal property.

Widespread demonstrations have occurred in Portland and across the country in the wake of the death of George Floyd who died after a Minneapolis police officer kneeled on his neck, video of the incident shows. 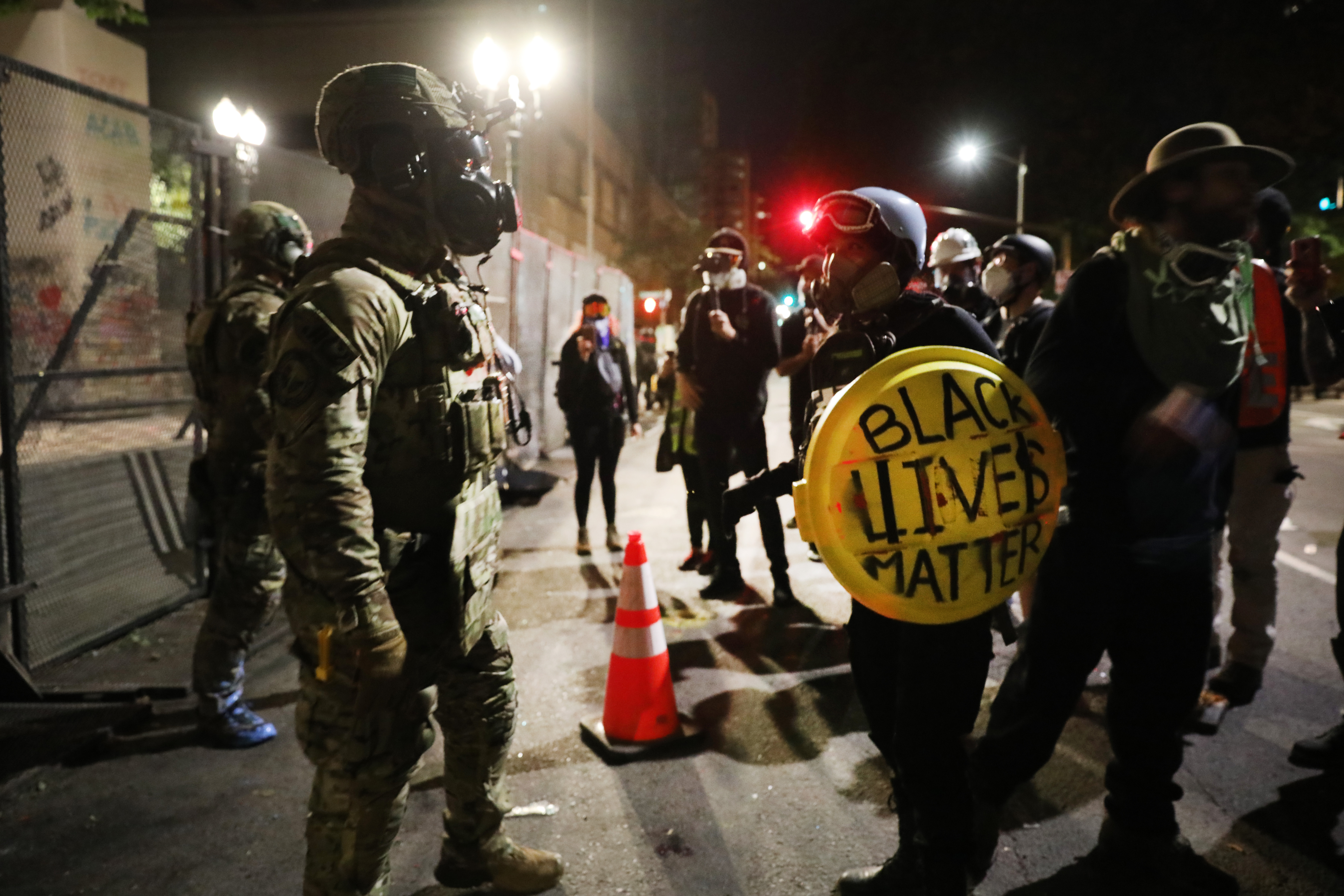 “What does he do? Does he do what a normal president should do — roll up his sleeves and try and solve those problems? No,” Schumer said, according to NBC News. “He creates a diversion that’s nasty, that’s divisive, and by the way, it won’t work.”

Trump has also authorized federal agents sent to Chicago and Albuquerque on Wednesday to assist local police in responding to violence, according to U.S. News.

Republican leaders prepared to propose a new $1 trillion coronavirus aid package Monday as the unemployment benefit included in the previous aid bill is set to expire this week, The Wall Street Journal reported.