Republican Texas Gov. Greg Abbott shut down “all bars and similar establishments that receive more than 51% of their gross receipts from the sale of alcoholic beverages” on June 26, reversing an earlier decision and closing them except for delivery and take-out.

Four Texas bar owners, already struggling amid the pandemic lockdowns, told the Daily Caller they feel the rules are inconsistent and that the state ought to support bars if it is going to subject them to prolonged restrictions. They’re not alone in their frustration, either — more than 800 bar owners say they will defy the order in what they’re calling a “Freedom Fest,” per the New York Post. 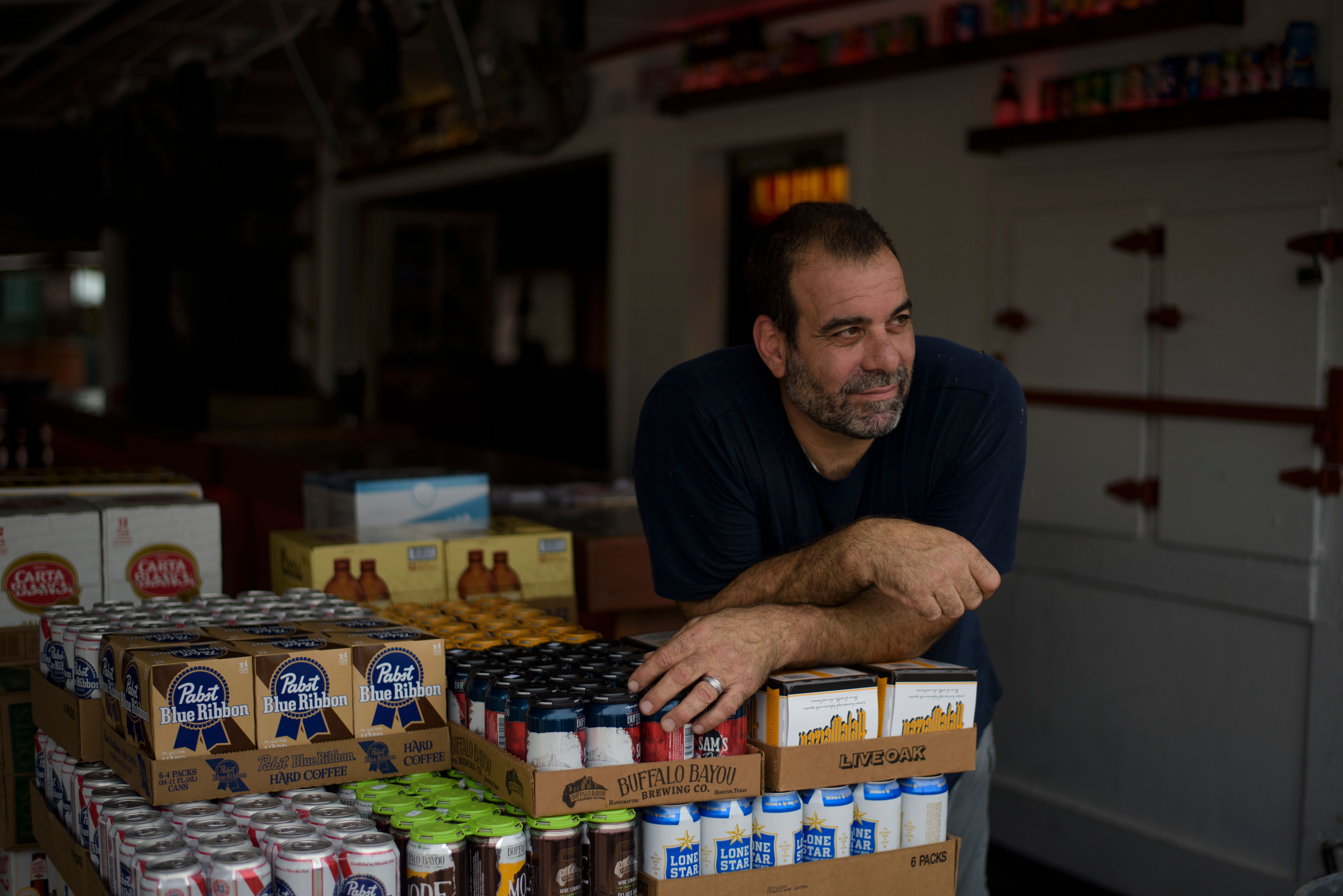 Bar owner Petros J. Markantonis leans up against an order of beer that came in this morning before Texas Governor Greg Abbotts order that all bars are to be closed at noon today at the West Alabama Ice House in Houston, on June 26, 2020. – Texas Governor Greg Abbott ordered bars to close on Friday amid a surge in coronavirus cases in the second most populous state in the country. Abbott outlined a series of measures in an executive order aimed at stemming the spread of COVID-19 in Texas. Bars are required to close but may continue to provide delivery and take-out service. (Photo by MARK FELIX/AFP via Getty Images)

Abbott issued an executive order closing bars for anything except pick-up or delivery on March 19. On May 22, Abbott allowed bars to reopen at 25% capacity, then on June 3 relaxed it to 50% of capacity as long as customers are seated, per the Texas Tribune. Less than a month later, he reversed the decision. Restaurants are still allowed open at 50% capacity, per the latest executive order.

“They’re going to allow restaurants to stay open, and if you walk into any restaurant, it looks like a bar,” said Jack Thompson, owner of Joker’s Ice-House Bar & Grill in Killeen, Texas.

Britt Brown, owner of Rocky’s Tavern in San Antonio, told the Caller she was frustrated by videos on social media of Texas restaurants allowed to stay open. One incident involved Bisou Restaurant in Houston. Video apparently from inside the restaurant made its way onto social media.

The Cle Group is using their restaurant Bisou as a club. No social distancing, no mask, and over capacity! How can Houstonians fight #COVID with these practices? Video taken 7/15/20. @SylvesterTurner @HarrisCoJudge @TexasABC @KHOU @FOX26Houston @abc13houston @GregAbbott_TX pic.twitter.com/kaHdBsrQyl

A Bisou staffer told the Caller the restaurant had been cleared by the Texas Alcohol and Beverage Commission (TABC) and the fire marshal. The Caller reached out to the TABC, but has not yet received a response.

“Everyone was social distancing, so it was completely permissible,” the staffer stated. “As far as I’m concerned, we’re good to go.”

Thompson said he was able to get a Small Business Association (SBA) loan, but that it was a temporary fix to a long-term problem. Brown said she was also able to get an SBA loan, but she noted it is still a loan, which means an added monthly expense to operate the bar.

“Anything that is JUST for bars. We shouldn’t have to compete for funds against businesses that haven’t been shut down like us,” Bradley said in an email.

“There is SBA and PPP, but that’s not enough.” Bradley continued. “Other businesses have not been shut down for an additional 30 days (so far) as we have been. Only bars are mandated closed in Texas, and we have been given no idea as to when we can reopen.”

Bradley pointed out that while bars are still allowed to provide delivery and to-go services, the income from those sales is not sufficient.

“Selling food to go helps a little. We sell about $1000 in to go food a day. But after you take out delivery commissions, kitchen cook, and food and packaging costs, we will make about $200,” Bradley said in an email to the Caller. “That kind of income doesn’t cover the remaining expenses of general manager, rent, water, electric which run 20,000-30,000 a month.” 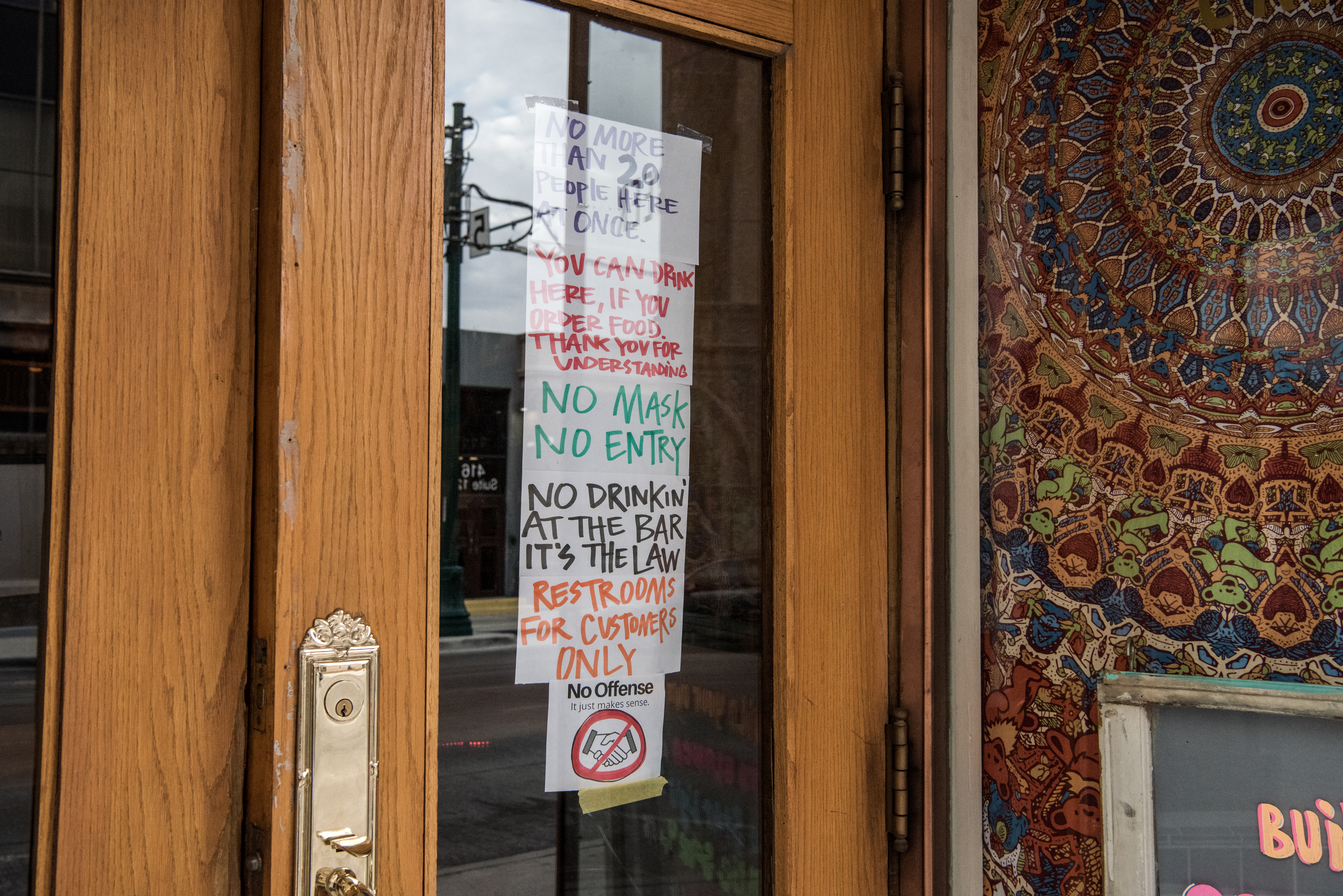 EL PASO, TX – JULY 1: Signs are posted at the entrance to Craft and Social, a beer bar, on July 1, 2020 in El Paso, Texas. As coronavirus cases have surged in Texas, Gov. Greg Abbott has paused the state’s reopening plan. (Photo by Cengiz Yar/Getty Images)

All four also pointed out to the Caller that since the June 26 executive order took effect, COVID-19 numbers have only shot up in Texas. Data compiled by the website Worldometers, confirms that assertion.

The Caller sent an email to Britt Snipe, press assistant with Abbott’s office, but that email was not returned at time of publication.