Attorneys for convicted sex offender Jeffrey Epstein’s cohort Ghislaine Maxwell have asked a federal judge to prevent evidence related to her case from being shared on the internet.

The British socialite’s attorneys asked the court in a Monday letter to prevent victims or their attorneys from sharing information linked to Maxwell’s trial on the internet, to include “nude, partially nude, or otherwise sexualized images, videos, or other depictions of individuals,” Fox News reported.

The request revolves around the secrecy rules usually involved in sex abuse cases in which both sides will agree to keep evidence under wraps until the trial. Several of the state’s witnesses were underage girls when the alleged abuse occurred, Fox News reported, and the attorneys could not come to a compromise on whether the state witnesses should be subject to the secrecy rules as well.

Maxwell’s lawyers highlighted concerns that many of the “government’s potential witnesses” already are involved in lawsuits against Maxwell. (RELATED: Here’s A List Of The Rich And Famous Caught In Photos With Ghislaine Maxwell)

“There is a substantial concern that these individuals will seek to use discovery materials to support their civil cases and future public statements,” Maxwell’s lawyers wrote, according to Fox. 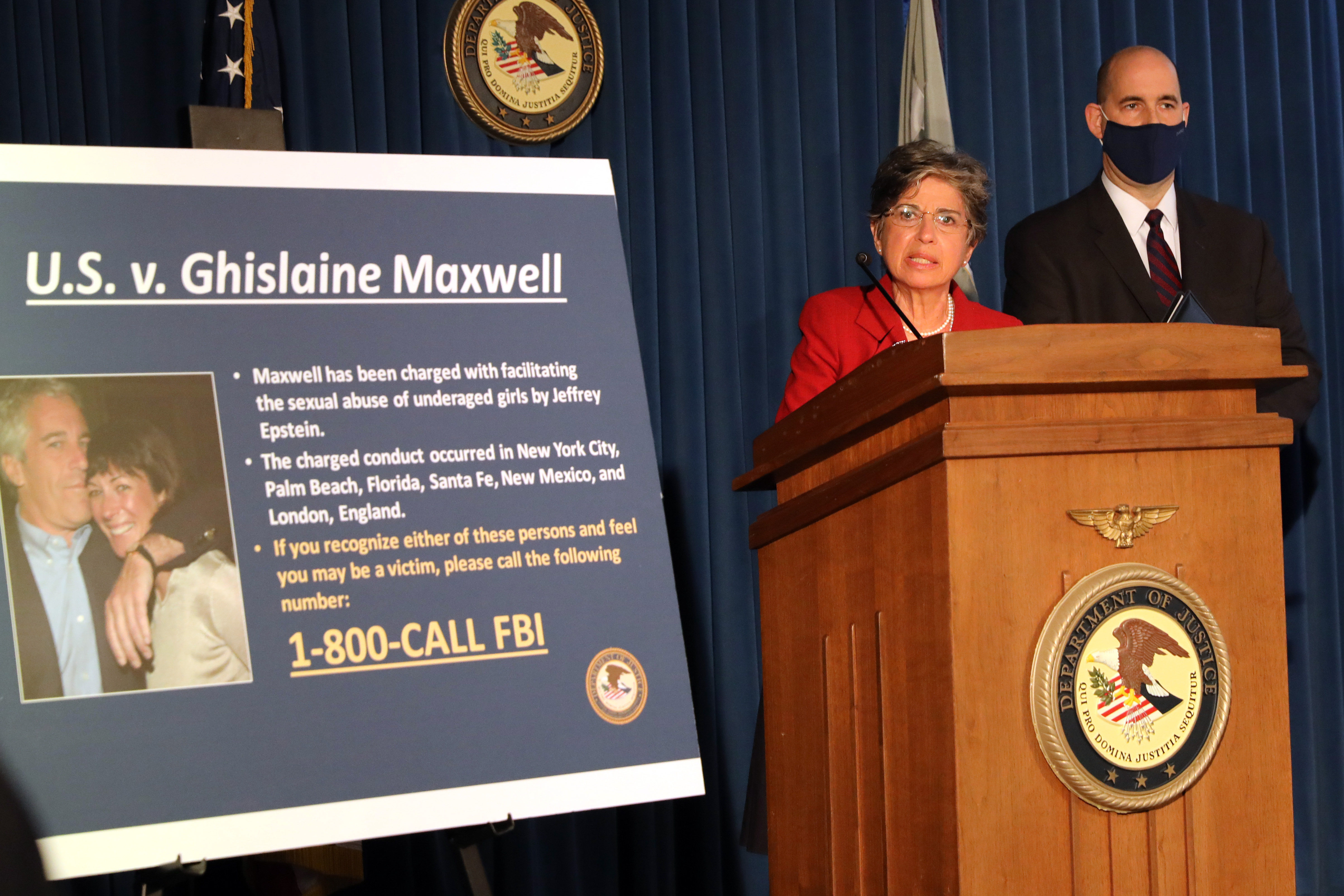 Acting United States Attorney for the Southern District of New York, Audrey Strauss, speaks to the media at a press conference to announce the arrest of Ghislaine Maxwell, the longtime girlfriend and accused accomplice of deceased accused sex-trafficker Jeffrey Epstein on July 02, 2020 in New York City. (Spencer Platt/Getty Images)

The judge will likely decide Tuesday whether or not such material may be shared, according to the publication.