North Korean women who attempted to flee the country were raped, underwent forced abortions and suffered other abuses in prison camps, a U.N. report said Tuesday.

The report, titled “I Still Feel The Pain,” included accounts of over 100 women detained between 2009 and 2019 after they failed to flee North Korea. The women were sexually abused, deprived of food and subjected to unsanitary conditions in the prisons, according to the report.

The women described harrowing conditions, with the threat of physical violence by a primarily male guard staff if instructions were not strictly followed. One woman detained in 2016 said that after she made a slight movement in her cell, she was told to do 100 push-ups as a punishment. When she requested a different punishment, she was beaten with a steel rod. 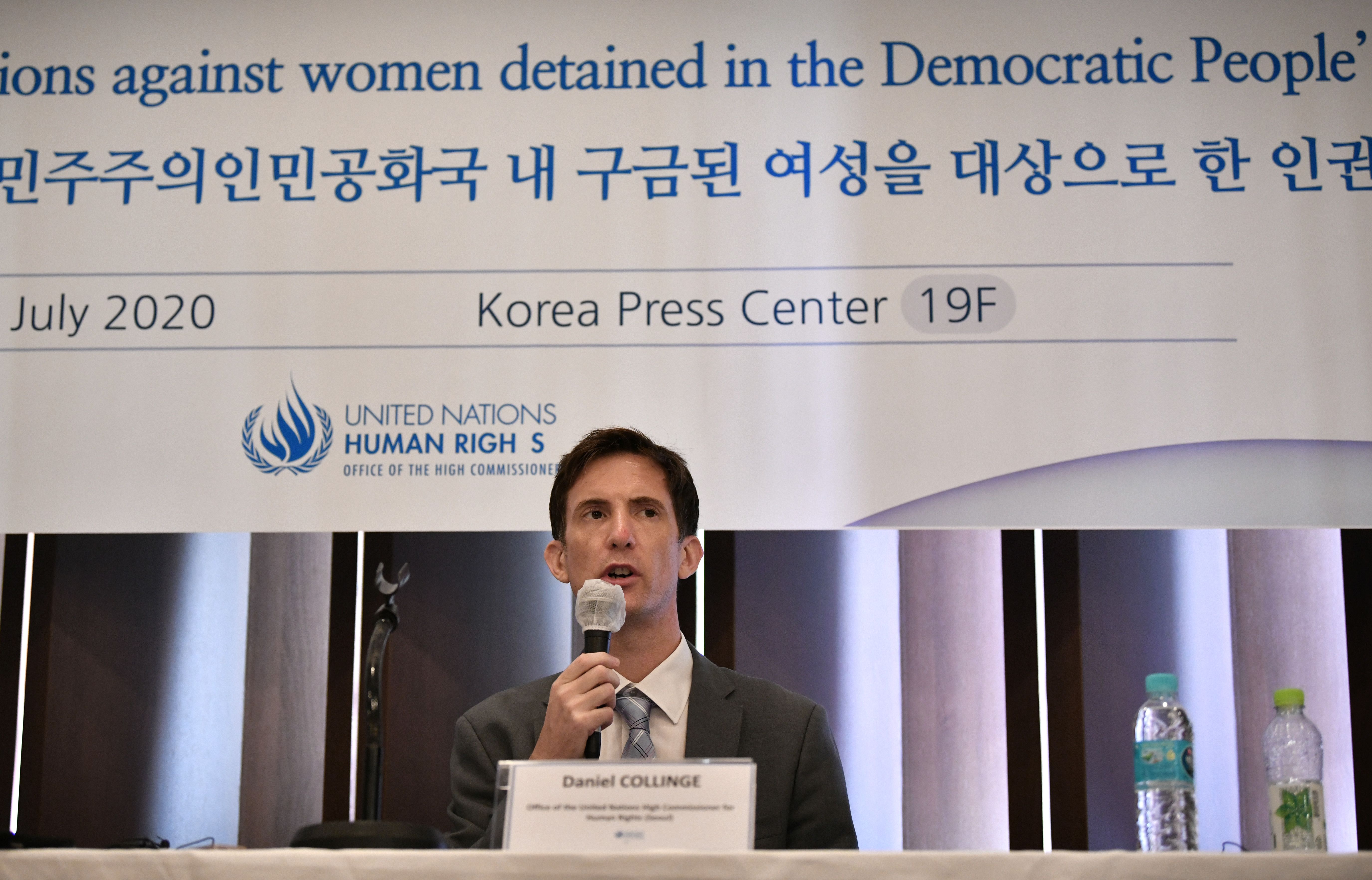 UN Human Rights officer Daniel Collinge speaks during a press conference on the UN report I still feel the pain: Human rights violations against women detained in the Democratic Peoples Republic of Korea, in Seoul on July 28, 2020. (Photo by JUNG YEON-JE/AFP via Getty Images)

Inmates were also reportedly subjected to collective punishments for minor infringements, such as making eye contact with officers.

Another woman described witnessing a detainee get beaten with a wooden stick and kicked in the stomach so hard she bled from her mouth after pocketing three peppers from a field.

Women who had children outside of the country would reportedly face longer sentences at the prisons. One detainee said that she was told that having a baby meant she “was likely to turn [her] back on the State at any time,” according to the report.

One woman detained in 2015 said that a woman who had become pregnant in China was forced to get an abortion because her baby would have been “mixed race.”

The report also describes incidents of infanticide. A woman who was too advanced in her pregnancy and could not have an abortion delivered the child in her cell after guards put bricks on her back and forced her to walk around for roughly a week until she gave birth. The baby was wrapped and placed outside in sub-freezing winter temperatures, where the child is believed to have died. (RELATED: ‘A Regime That Fears Religion’: New Report Details China’s Crackdown On Religion)

Guards reportedly raped many of the female prisoners, and those who spoke about incidents of rape or sexual harassment at the prisons were punished further.

“No one was willing to share their story for fear of being beaten up. I witnessed one officer who called out a woman in her 20s one night while the rest of the detainees were told to go to sleep. He was drunk. She was told to remove her clothes and was sexually abused. Detainees reported the case to the officer in charge of preliminary investigation, but the detainees who reported this were later punished and beaten up,” a woman held at the prisons in 2013 said, per the report. 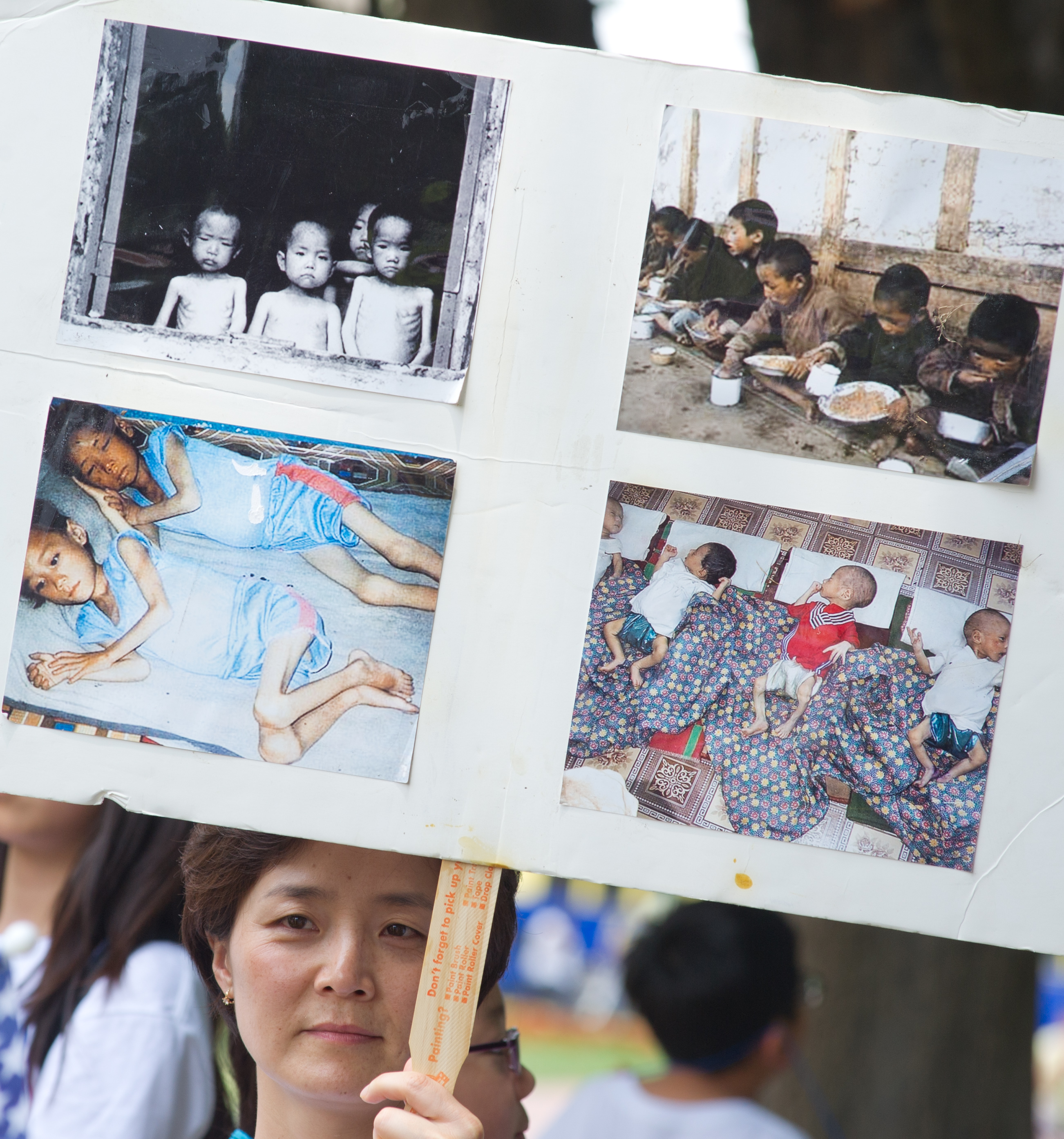 A woman holds up a poster with photos from an internment camp in North Korea during a White House vigil at Lafayette Park July 10, 2012 In Washington, DC. (KAREN BLEIER/AFP/GettyImages)

The women spoke with U.N. human rights officials after fleeing North Korea following their detentions and often fell into custody of human traffickers. Many women were punished for contacting Christian groups after their return.

“These accounts show once again the systemic nature of human rights violations in the DPRK, and the need to keep seeking pathways to proper accountability for such crimes,” High Commissioner Michelle Bachelet said in a statement accompanying the report.