President Donald Trump said at Tuesday’s coronavirus press briefing that the United States military is already “mobilized” across the country to distribute coronavirus vaccine doses as soon as a candidate is approved for public use.

The president said during an interview with Maria Bartiromo back in May that he hoped to have the military distribute a viable vaccine candidate, but he has not publicly spoken on the subject since that time. (RELATED: Trump Says Two Coronavirus Vaccines Are Beginning Phase 3 Trials — Touts Another Gov Contract To Expedite Dose Production) 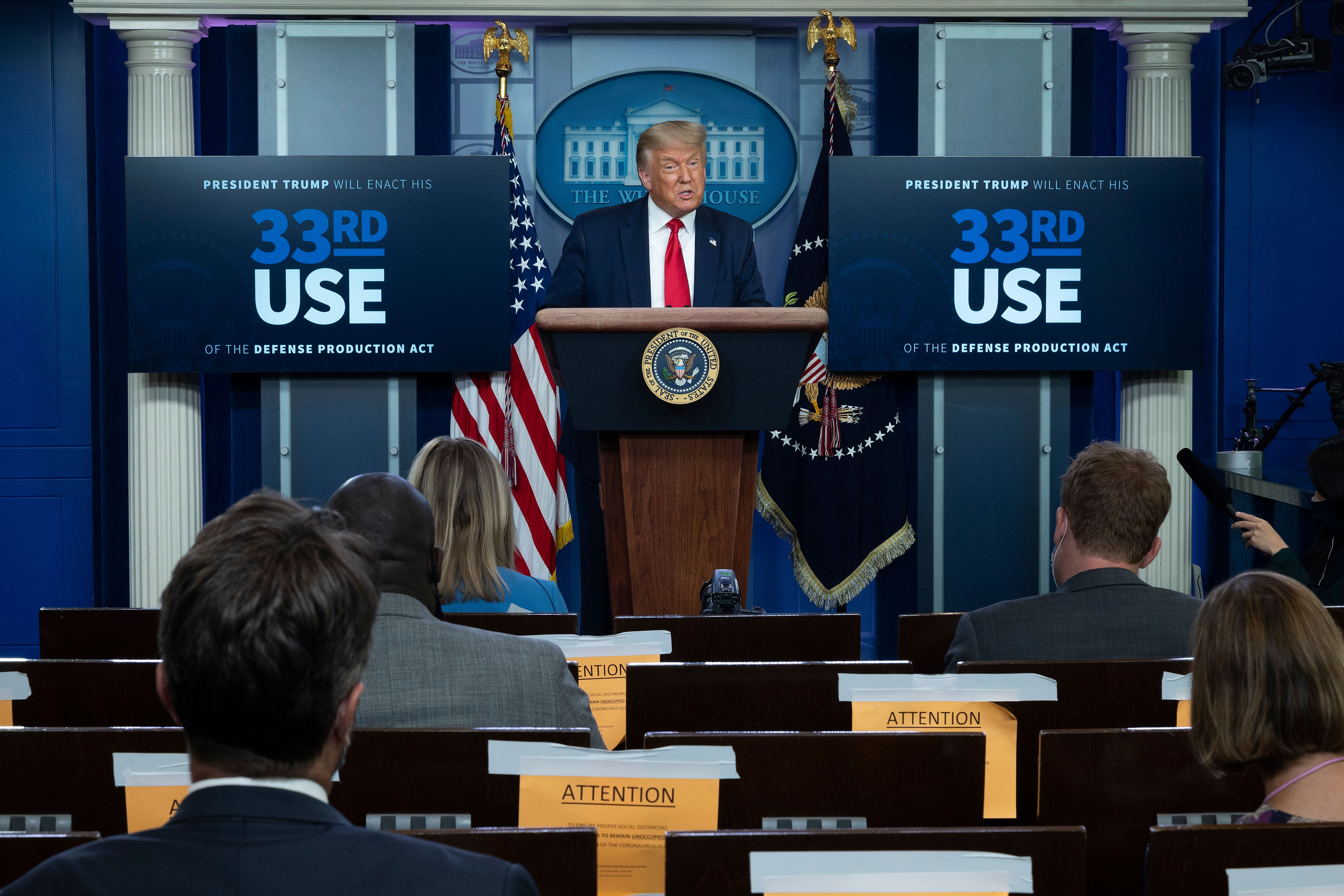 US President Donald Trump speaks to the press in the Brady Briefing Room of the White House in Washington, DC, on July 28, 2020. (Photo by JIM WATSON/AFP via Getty Images)

“We’ve dramatically ramped up production of materials needed for a vaccine and are on track to rapidly produce 100 million doses as soon as a vaccine is approved which could be very, very soon,” Trump stated on Tuesday. “Logistically we’re using our military.”

“Our great military, a group of people, their whole life is based around logistics and bringing things to and from locations,” he continued. “They’ll be able to care of this locationally and bringing it where it has to go very quickly.”

“They’re all mobilized. It’s been fully set up. A very, very talented general is in charge, and when we have that vaccine it will be discharged and taken care of.”

The Department of Defense referred Daily Caller’s inquiries about the president’s comments to the White House.

Administration officials in turn stated that “the United States military is always ready and able to assist the American people and respond to a crisis, and like the President and HHS have said, the military stands ready to assist with logistics and mass distribution.”