Coaches at the NBA’s training academies in China are reportedly physically abusing players and failing to provide training according to complaints from American coaches at three different academies, an ESPN investigation found.

The NBA opened up training camps in China as the country became a major source of revenue for the league, particularly after former Rockets center Yao Ming became successful in the early 2000s. Two of the NBA camps’ former employees reportedly told ESPN that their main goal was to “find another Yao.” One employee said that the academies were “a sweat camp for athletes.” (RELATED: ESPN Suspends Adrian Wojnarowski For ‘F**k You’ Response To Senator Josh Hawley)

“Imagine you have a kid who’s 13, 14 years old, and you’ve got a grown coach who is 40 years old hitting your kid,” a former coach said. He described seeing a Chinese coach kick a young player and fire a ball at his face from close range, according to the ESPN report. “We’re part of that. The NBA is part of that,” the coach said. 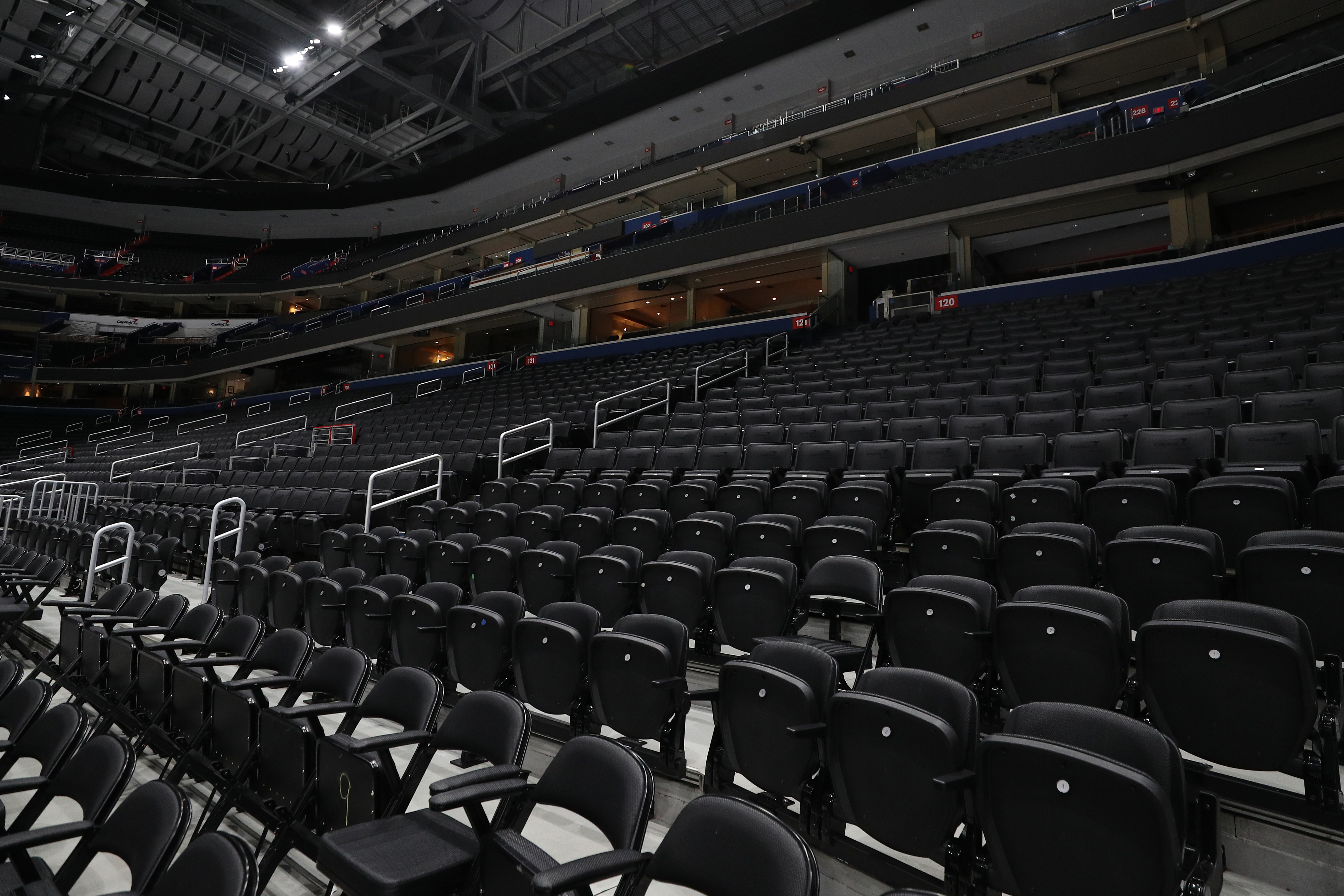 Spectator seating is empty prior to the Detroit Red Wings playing against the Washington Capitals at Capital One Arena on March 12, 2020 in Washington, DC. Yesterday, the NBA suspended their season until further notice after a Utah Jazz player tested positive for the coronavirus (COVID-19). The NHL said per a release, that the uncertainty regarding next steps regarding the coronavirus, Clubs were advised not to conduct morning skates, practices or team meetings today. (Photo by Patrick Smith/Getty Images)

“I couldn’t continue to show up every day, looking at these kids and knowing they would end up being taxi drivers,” another source told ESPN, referring to the lack of education in the academies.

Bruce Palmer, who was hired in 2012 to work at a private school that was part of an agreement with the NBA, said that he had to tell the Chinese coaches multiple times to not physically abuse the children there. “You can’t do that to your kid, this is an NBA training center,” he recalled telling a coach. “If you really feel like hitting a 14-year-old boy, and you think it’s going to help him or make you feel better, take him off campus, but not here, because the NBA does not allow this.”

The school in Dongguan where Palmer worked paid the NBA nearly $200,000 a year in order to call themselves an “NBA Training Center,” an agreement that predated the NBA’s training academies, according to the report.

NBA China’s vice president for international operations Greg Stolt, along with other league officials, received complaints from multiple coaches that their Chinese counterparts were abusing players and failing to properly educate them, sources said according to ESPN.

A former employee reportedly described the conditions at Xinjiang’s NBA academy as similar to “World War II Germany,” ESPN reported. More than a million Uighur Muslims are being held by the Chinese government in barbed-wire camps in the Xinjiang region, and most of the players in the region’s NBA academy were Uighurs, according to the report.

A bipartisan group of lawmakers, including Democratic New York Rep. Alexandria Ocasio-Cortez and Republican Texas Sen. Ted Cruz, wrote a letter in October of last year asking the NBA to “reevaluate” their academy in Xinjiang in light of the government repression of Uighurs. The NBA claims to have left the region in the spring of 2019, but that claim has been disputed. A source told ESPN that the NBA was still looking for coaches to move to Xinjiang in the summer of 2019. (RELATED: Sen. Marsha Blackburn Pushes NBA To Create A Foundation Supporting Human Rights Using Chinese Profits)

The NBA is “reevaluating” the training camps in China, NBA deputy commissioner and chief operating officer Mark Tatum told ESPN in an interview. Current and former NBA employees were asked not to comment, according to the report.

Tatum said that ESPN has a seat on the NBA China board of directors, which was briefed on the academy program, ESPN reported. A spokesperson said ESPN “is a non-voting board observer” on the board of directors and “owns a small stake” in NBA China.