A lawyer representing alleged victims of convicted sex offender Jeffrey Epstein accused Ghislaine Maxwell’s legal representation Wednesday of attempting to harass and intimidate victims by requesting that their names be made public.

The British socialite and heiress’s lawyers have requested that the Manhattan Federal Court publicly name “individuals who have spoken on the public record,” according to Newsweek.

Attorney Gloria Allred told the Daily Caller News Foundation Wednesday that the motion should be denied, since Maxwell’s defense “does not appear to provide any legal reason why the defense would benefit from revealing the names of victims.” (RELATED: Virgin Island Attorney General Subpoenas Banks For Epstein Records)

Allred, who noted that she represents 20 different Epstein victims, said that if the victims have already spoken on the public record using their names, then their names are already public. If unnamed victims are witnesses at the trial, then the defense can ask these witnesses about their public statements during the trial, she said.

“At this point the motion by the defense may be perceived as an effort to harass victims and intimidate them, neither of which should be permitted in a court of law,” Allred said.

Some of the clients Allred represents allege that they are Maxwell victims and have had contact with Maxwell, Allred told the DCNF. Allred represents victims of discrimination based on sex, race, age, physical handicap, and sexual orientation and has represented clients in a number of high profile sexual abuse cases. (RELATED: ‘Invasion Of Personal Privacy’: NYPD Refuses To Release 1996 Complaint Filed Against Ghislaine Maxwell) 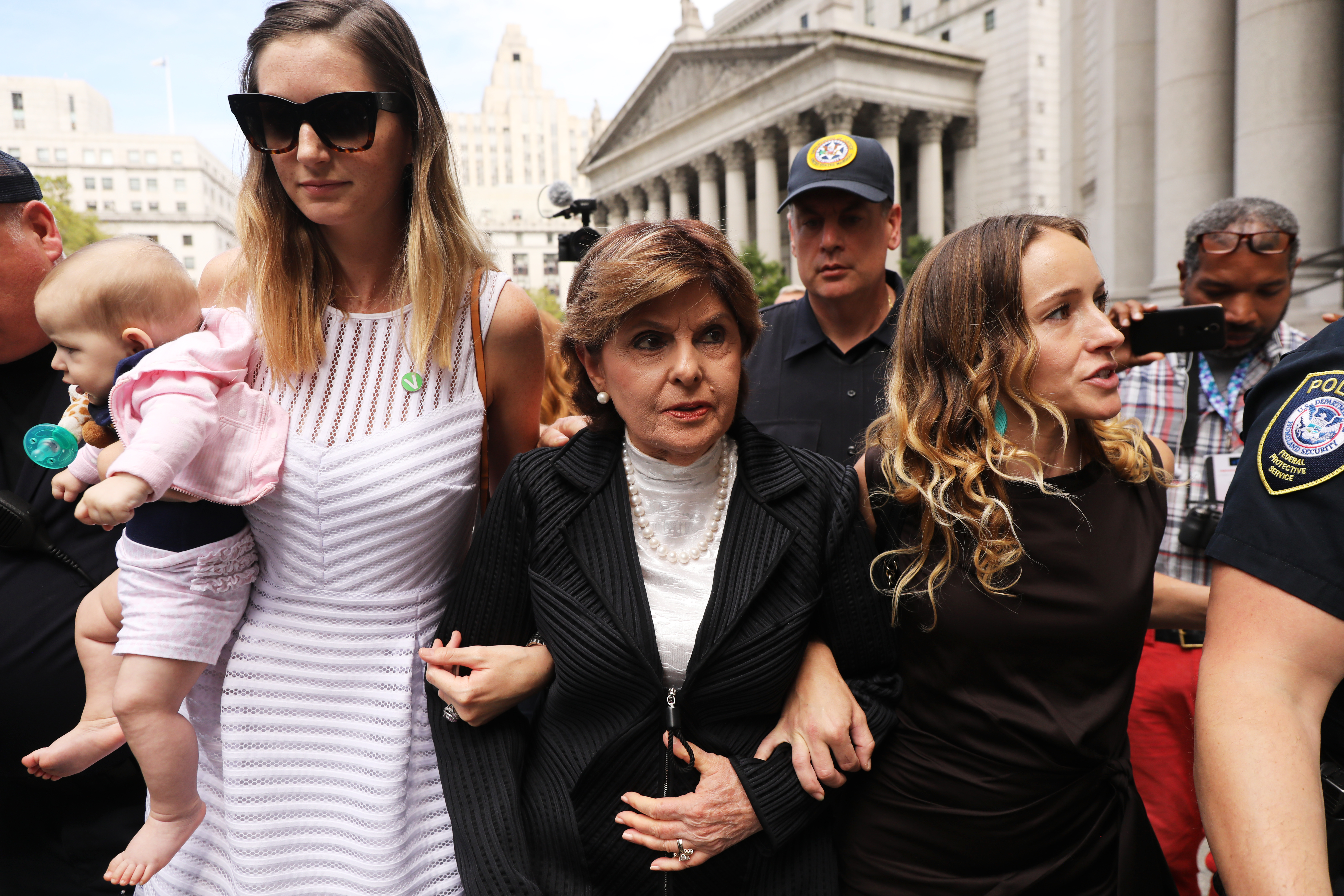 Attorney Gloria Allred (center) leaves a New York court house with two women, a woman who did not wish to be identified (left) and Teala Davies(right), who have publicly accused Jeffrey Epstein of sexually assaulting them on August 27, 2019 in New York City. (Spencer Platt/Getty Images)

U.S. District Judge Alison Nathan denied bail to Maxwell during a virtual hearing in July, saying “the risks are simply too great” to allow Maxwell to be released.