Democratic Illinois Rep. Jan Schakowsky introduced the “Abortion is Health Care Everywhere Act of 2020” Wednesday, which would repeal the Helms Amendment and “authorize the use of funds for comprehensive reproductive health care services, and for other purposes.”

The Helms Amendment, passed in 1973, prohibits the use of government funds for the “performance of abortion as a method of family planning” or to “motivate or coerce any person to practice abortions,” according to the Guttmacher Institute. (RELATED: ‘Contrary To My Views’: Democratic Publisher Refuses To Post Pro-Life Event On DNC Calendar)

“United States law restricting United States foreign assistance funding from being used to provide safe abortion services has the effect of harming people who seek to terminate their pregnancies in several ways,” Schakowsky’s bill says, “including by blocking access to services and erecting barriers to providers obtaining the training and equipment needed to deliver care to those in need.”

Abortions would be classified as safe components of reproductive health care under the new legislation. Schakowsky said that the bill is the first of its kind attempting to remove the Helms Amendment, The Hill reported.

“The Helms Amendment is a policy deeply rooted in racism,” Schakowsky said in a Wednesday statement, according to The Hill. “It imposes our arbitrary and medically unnecessary abortion restrictions on international communities, allowing the United States to control the health care and bodily autonomy of billions Black and brown people around the world.” 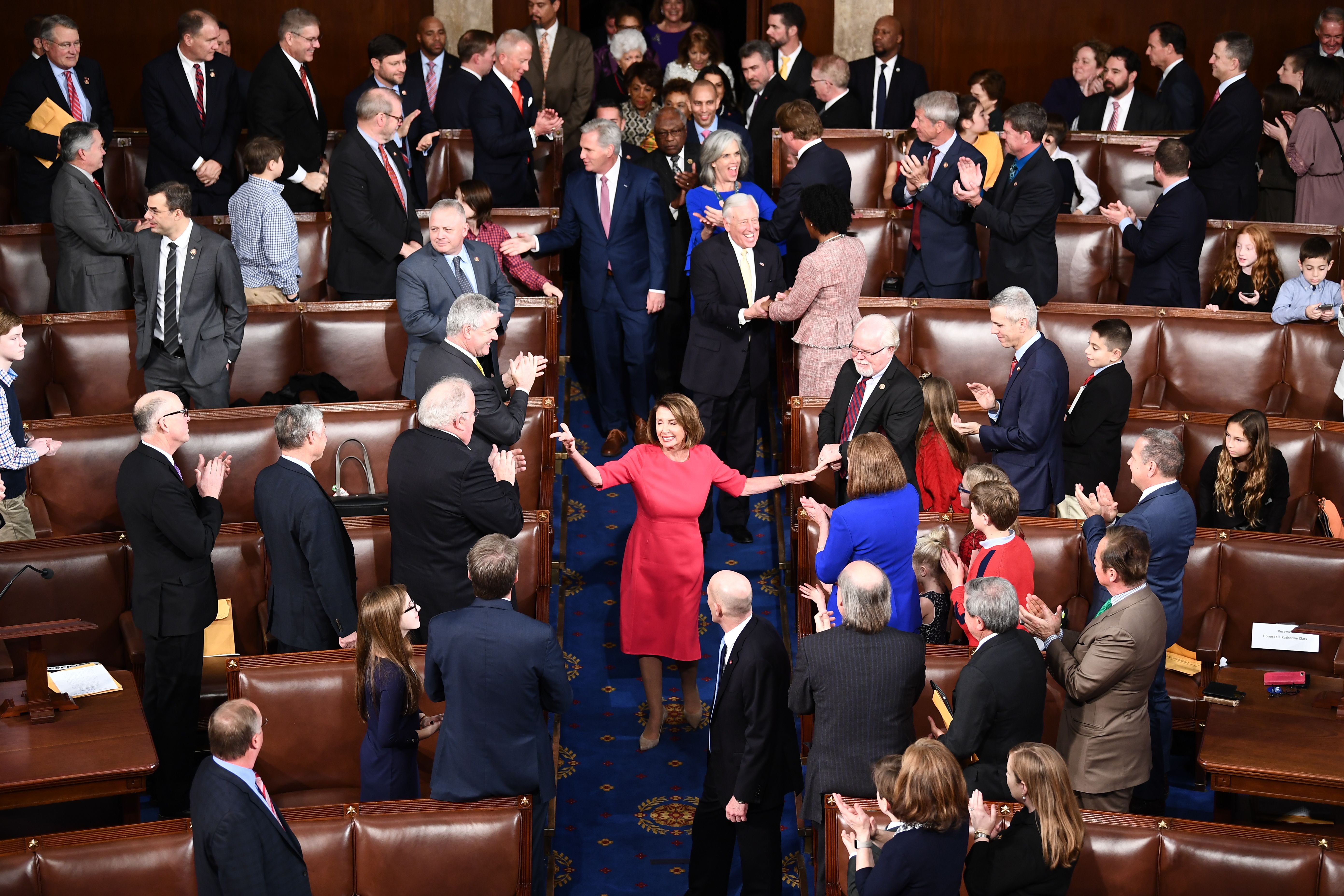 Incoming House Speaker Nancy Pelosi, D-CA, arrives during the opening session of the 116th Congress at the US Capitol in Washington, DC, January 3, 2019.(BRENDAN SMIALOWSKI/AFP via Getty Images)

The bill has garnered support from a variety of pro-abortion groups, including Planned Parenthood, the International Women’s Health Coalition, the Guttmacher Institute, and many more.

“The U.S. government can and must show global leadership in safeguarding reproductive health and rights,” Guttmacher President Herminia Palacio said in a statement, the Hill reported. “This is true especially with the COVID-19 crisis threatening the health of women and families across the world — including potentially a significant increase in unintended pregnancies and unsafe abortion.”

“In case anyone watching from home isn’t clear on what the abortion lobby wants, the coming fight over the Helms Amendment should make it clear,” Hawkins said in a statement provided to the Daily Caller News Foundation.

“A push for strained taxpayers to fund abortions worldwide isn’t what the vast majority of Americans want and represents the agenda of a well-funded, predatory business always seeking more money.”