Federal agents are set to deploy in Detroit, Cleveland and Milwaukee to as part of a program to assist local law enforcement amid rising crime, the Department of Justice announced Wednesday.

The recent move is part of Operation Legend, a larger federal program by President Donald Trump’s administration to address noticeable rises in violent crime that stem from national unrest since May, the press release said.

“The most basic responsibility of government is to protect the safety of our citizens,” Attorney General William Barr said. “Today, we have extended Operation Legend to Cleveland, Detroit, and Milwaukee, three cities that have seen disturbing increases in violent crime, particularly homicides.”

Murders are up 13% in Cleveland, 31% in Detroit and 85% in Milwaukee compared to 2019, according to the DOJ. Forty-two federal agents will be sent to Detroit and 25 are set to deploy both Cleveland and Milwaukee, the release said. 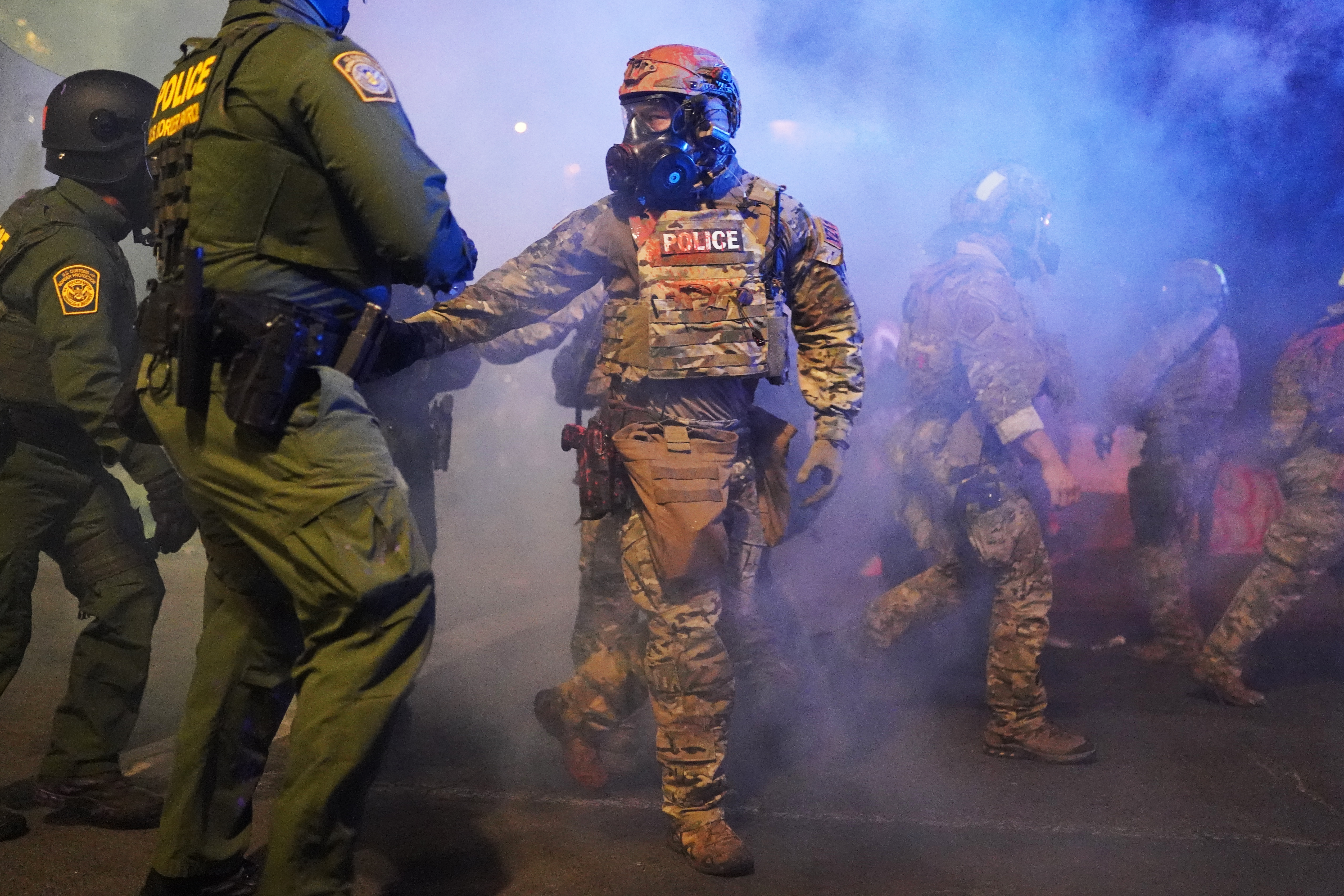 Federal officers retreat from a crowd of a few hundred people during a protest against racial injustice and police brutality in front of the Mark O. Hatfield U.S. Courthouse in the early hours of July 30, 2020 in Portland, Oregon. (Nathan Howard/Getty Images)

The DOJ has also indicated they will supply the Cleveland police department with $10 million to aid in the hiring of nearly 40 additional officers. Detroit PD will receive over $2.4 million to hire 15 new officers and $10.2 million will be sent to Milwaukee, Wauwatosa, and Cudahy’s police departments to hire 29 new officers, according to the DOJ.

Operation Legend began on July 8 in Kansas City, Missouri and then expanded to Chicago and Albuquerque on July 22, the release said. Federal agents have also been deployed to Portland following weeks-long clashes between protesters and police. (RELATED: AP Reporter Embedded With Federal Police In Portland Recounts ‘Eye Opening Experience’)

The deployment sparked controversy in the Oregon city after videos surfaced of agents detaining protesters and speeding from the scene in unmarked vans, according to The Guardian.