The poll’s release happened to coincide with Vice President Mike Pence’s Thursday campaign stop in Pennsylvania, his third such trip in the past two months.

Franklin & Marshall found that of the 667 registered Pennsylvania voters surveyed between July 20-26, 50 percent preferred Biden win the election compared to 41 percent who felt the same way about Trump. The poll included 324 Democrats, 271 Republicans, 72 independents, and held a 5.5% margin of error. 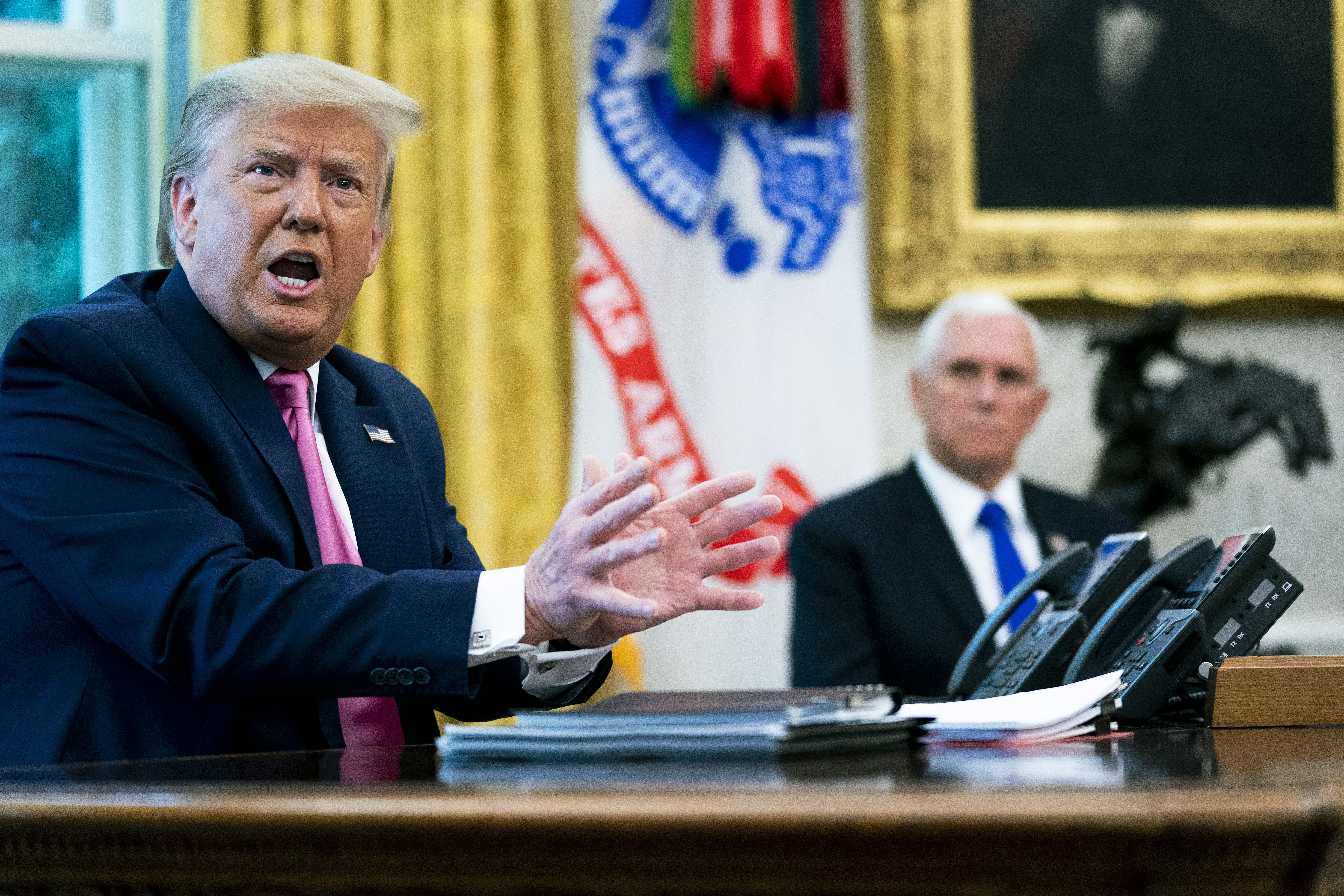 WASHINGTON, DC – JULY 20: U.S. President Donald Trump talks to reporters with Vice President Mike Pence in the Oval Office at the White House July 20, 2020 in Washington, DC. Trump hosted Republican Congressional leaders and members of his cabinet to talk about a proposed new round of financial stimulus to help the economy during the ongoing global coronavirus pandemic. (Photo by Doug Mills-Pool/Getty Images)

The Franklin & Marshall findings are the latest in a string of recent polls showing Biden opening leads in key battleground states that Trump won in 2016. The latest Quinnipiac poll gave Biden a 13-point lead over Trump in Florida, while a Morning Consult poll released Tuesday showed Biden taking a slight lead over Trump in Texas, long-considered a Republican firewall.

He even went so far as suggesting the election be delayed until “people can properly, securely and safely vote.”

With Universal Mail-In Voting (not Absentee Voting, which is good), 2020 will be the most INACCURATE & FRAUDULENT Election in history. It will be a great embarrassment to the USA. Delay the Election until people can properly, securely and safely vote???

Mail-In Voting is already proving to be a catastrophic disaster. Even testing areas are way off. The Dems talk of foreign influence in voting, but they know that Mail-In Voting is an easy way for foreign countries to enter the race. Even beyond that, there’s no accurate count!

Trump won Pennsylvania during the 2016 election by less than one percentage point, the closest such margin the state had seen in a general election in nearly 200 years.

The president frequently claims election polls are inaccurate and points to 2016 metrics that showed him trailing former Secretary of State Hillary Clinton by a significant margin heading into November. He additionally told a group of reporters gathered Monday at the Fujifilm Diosynth Biotechnologies facility in North Carolina that his campaign’s internal polling showed him leading Biden in most battleground states.