The Los Angeles Lakers seem to be the easy pick to win the NBA title.

The NBA will resume games Thursday night, and the Lakers will get things underway against the Clippers. According to Twitter data collected by sportsinsider.com, the Lakers are the most popular pick to win the title in 25 states. (RELATED: David Hookstead Is The True King In The North When It Comes To College Football)

The Bucks are second taking the top spot in seven states. You can see the full map below. 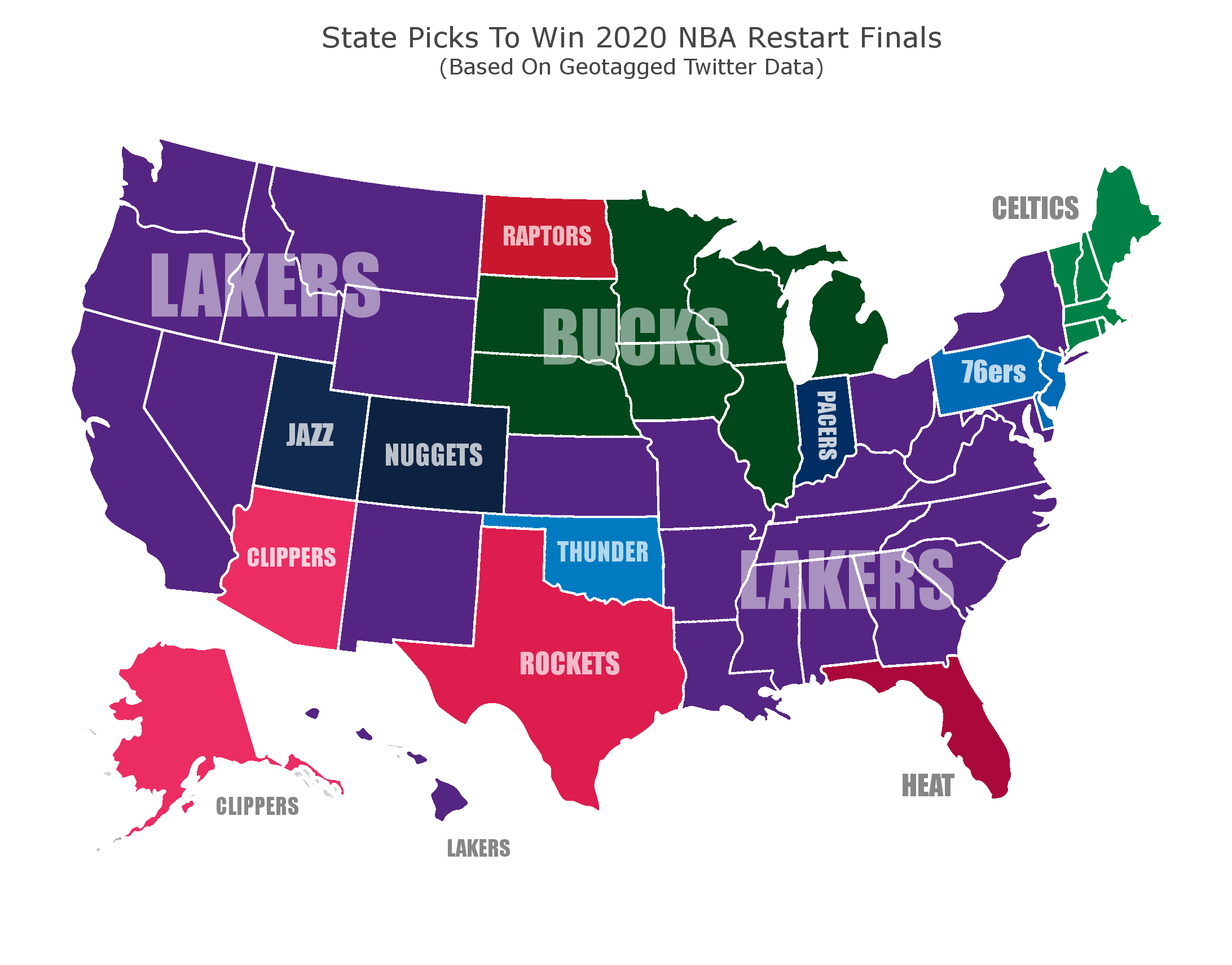 The Lakers are also the favorite among gamblers. According to Darren Rovell, 31% of the money bet through MGM has been put on LeBron James and company to win the title.

Most money bet to win the NBA title at @betmgm books:

While I’m certainly not a LeBron James fan, I find it hard how anyone could ever pick against the Lakers right now.

The NBA hasn’t played ever since the league suspended action back in March because of the coronavirus.

That means guys are rusty. In a situation like this, I’ll always take the team with the experience. That’d be LeBron James.

It’s not even a tough call to me. Give me LeBron James and the Lakers to win the title, and I’m not even hesitating to do it.

That’s not to say I want to see them win the title, but I just don’t see how anyone can hang with them right now.

Let us know who you’re taking in the comments!