In an election year, we all grow used to politicians twisting one another’s words for maximum advantage. That’s always happened, and it always will. It’s our job as citizens to cut through the political spin, figure out the truth and vote our conscience. The difference in this political cycle, more than any other before it, is it’s not just the politicians who are constantly spinning the truth. Formerly responsible institutions have rejected the goal of objectivity in exchange for political expediency. You cannot find the truth in this election cycle unless you actively seek it out. The only way to do that is to look beyond your political bubble.

If you love Trump and stayed in your online bubble, you are prone to believe that Biden wants to get rid of our police. He doesn’t. If you love Biden and stay in your completely separate media bubble, you probably believe Trump delivered some dark, racist defense of the Confederacy. He did the opposite. For those of us worried about our country tearing apart more than we worry about any specific political position, this dynamic is something we have to attack with all we have. 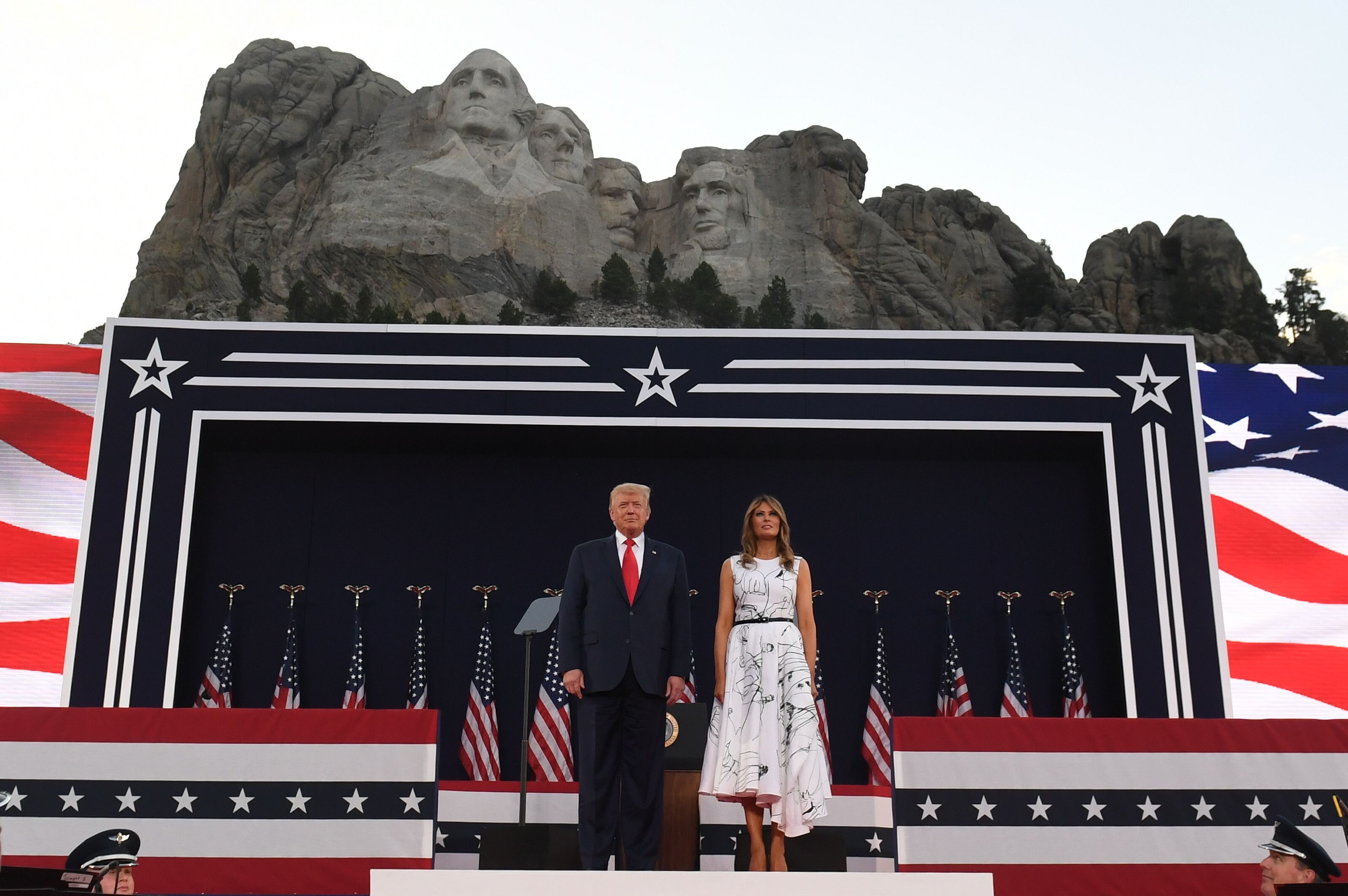 The cycle is the same on each side. Trump and Biden are both prone to bouts of severe rhetorical inelegance. If you want to take a slip of the tongue out of context for either one, you have plenty of opportunities. There are armies of extreme partisans on Twitter, on guard every minute for a new opportunity to do this. Each snippet that can be exploited will be exploited. The result is a country where half the people think Trump wants to bring back the Confederacy and half the people think Biden wants to get rid of the police. We have to stop.

At Mount Rushmore, Trump never even mentioned the Confederacy. He touted Frederick Douglass and the Tuskegee Airmen among America’s greatest heroes (to great applause). He also spent extended time touting Martin Luther King Jr. and the “righteous movement for civil rights”. What he attacked was the growing radical movement to redefine American history and demonize America’s founders based on today’s standards. A lot of Americans share this view. You may not like it, but what Trump said was not a call for segregation or a return to the Confederacy. Sadly, you would not know any of this based on the coverage of Trump’s speech from previously responsible outlets like The New York Times and The Washington Post. The Times called it a “dark and divisive speech.” The Post was even harsher:

“President Trump’s unyielding push to preserve Confederate symbols and the legacy of white domination, crystallized by his harsh denunciation of the racial justice movement Friday night at Mount Rushmore, has unnerved Republicans who have long enabled him but now fear losing power and forever associating their party with his racial animus.”

To be clear, Trump has called for the preservation of Confederate monuments, a position I do not share, but his speech at Rushmore was, if anything, a call for national pride in our great history at a time when that history itself is under attack. It was not, as the Post called it, “a dystopian speech.” (RELATED: ‘Rushmore Will Stand Forever’: Trump Condemns Anti-Founding Protesters In South Dakota) 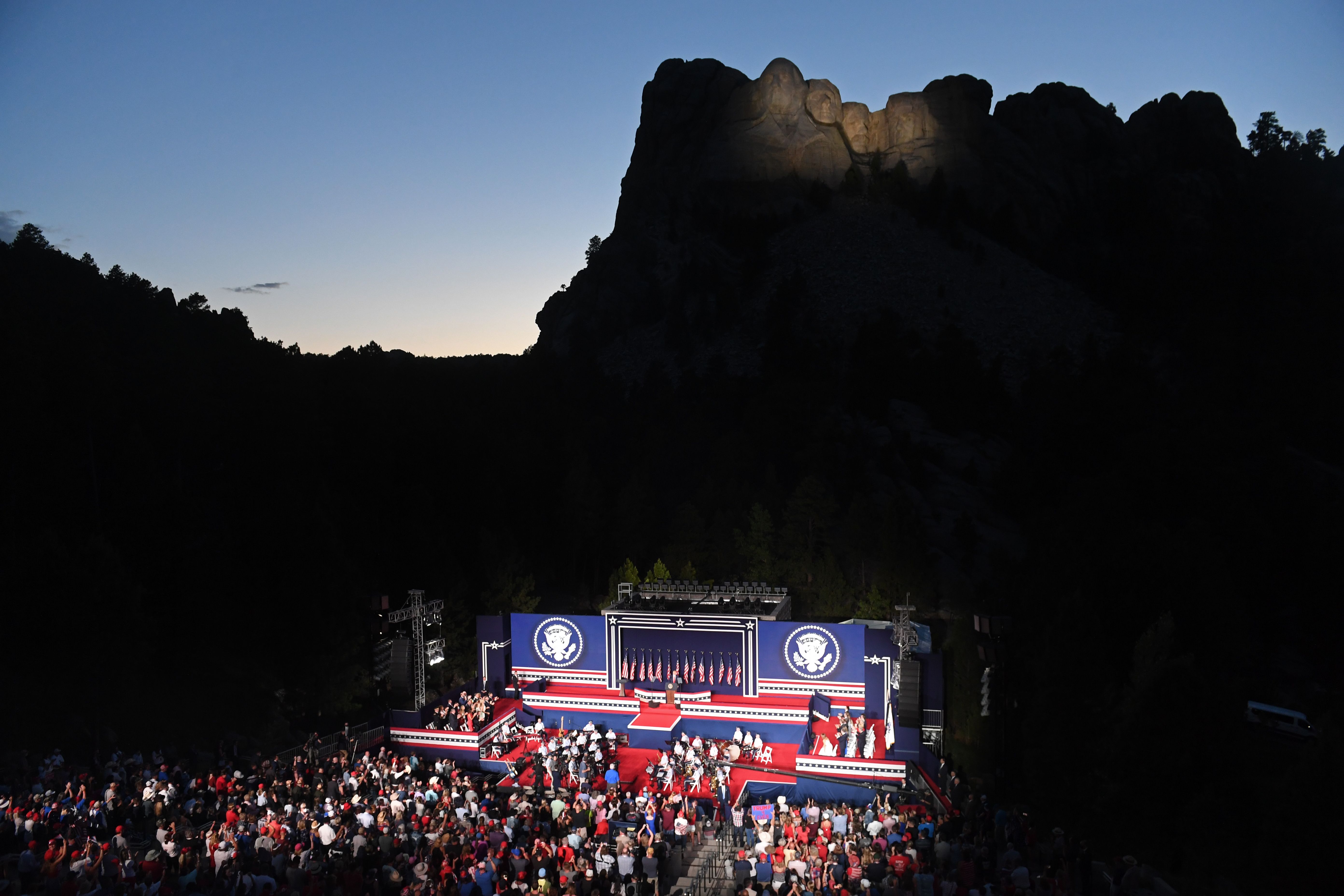 This problem is not unique to the coverage of Trump. Many conservatives believe Biden wants to defund the police. The Trump campaign and some conservative outlets have made this case. Biden addressed it directly in an op-ed in USA Today: “I do not support defunding police. … The better answer is to give police departments the resources they need to implement meaningful reforms, and to condition other federal dollars on completing those reforms. … Every single police department should have the money it needs to institute real reforms.” Biden has also not defended the anarchy we are seeing on the streets of so many of our cities: “I said from the outset of the recent protests that there’s no place for violence and destruction of property. Peaceful protesters should be protected and arsonists and anarchists should be prosecuted.” This is a view shared by many conservatives and many Trump supporters.

The point here isn’t that there are no differences between Trump and Biden. There are huge differences. But the differences are not the ones many of us think we understand from the comfort of our ideological bubbles. To break out of this, we all need to read what the other side is actually saying. It’s often not as bad as you think it is when you take the time to look into it. If we don’t stop demonizing our opponents and twisting any slip of the tongue to give it the worst possible meaning, we will not climb out of the national tailspin we are in. We can’t count on most of the media to help. Until the election is over, many media outlets are not going to be able to detach from their political goals to tell the truth. Each of us needs to take responsibility to figure that out for ourselves.