A former U.S. Marine was sentenced to nine years imprisonment Thursday in what his family and friends called a politically motivated case.

Trevor Reed was arrested in August 2019 on charges of assaulting and endangering the lives of two Russian police officers, The New York Times reported. He had traveled to Russia from Texas in May 2019 to spend time with his Russian girlfriend.

“I think anyone who has eyes and ears and who has been in this courtroom knows that I’m not guilty,” Reed said in the Moscow courtroom before his sentencing.

He added: “Everything about this case is political.”

Russian prosecutors accused Reed of going on a rampage endangering two police officers while being under the influence of alcohol, according to The Times. Reed denied the allegations and said the prosecutors didn’t have sufficient evidence. (RELATED: Former US Marine Sentenced In Russia To 16 Years In Prison For Spying) 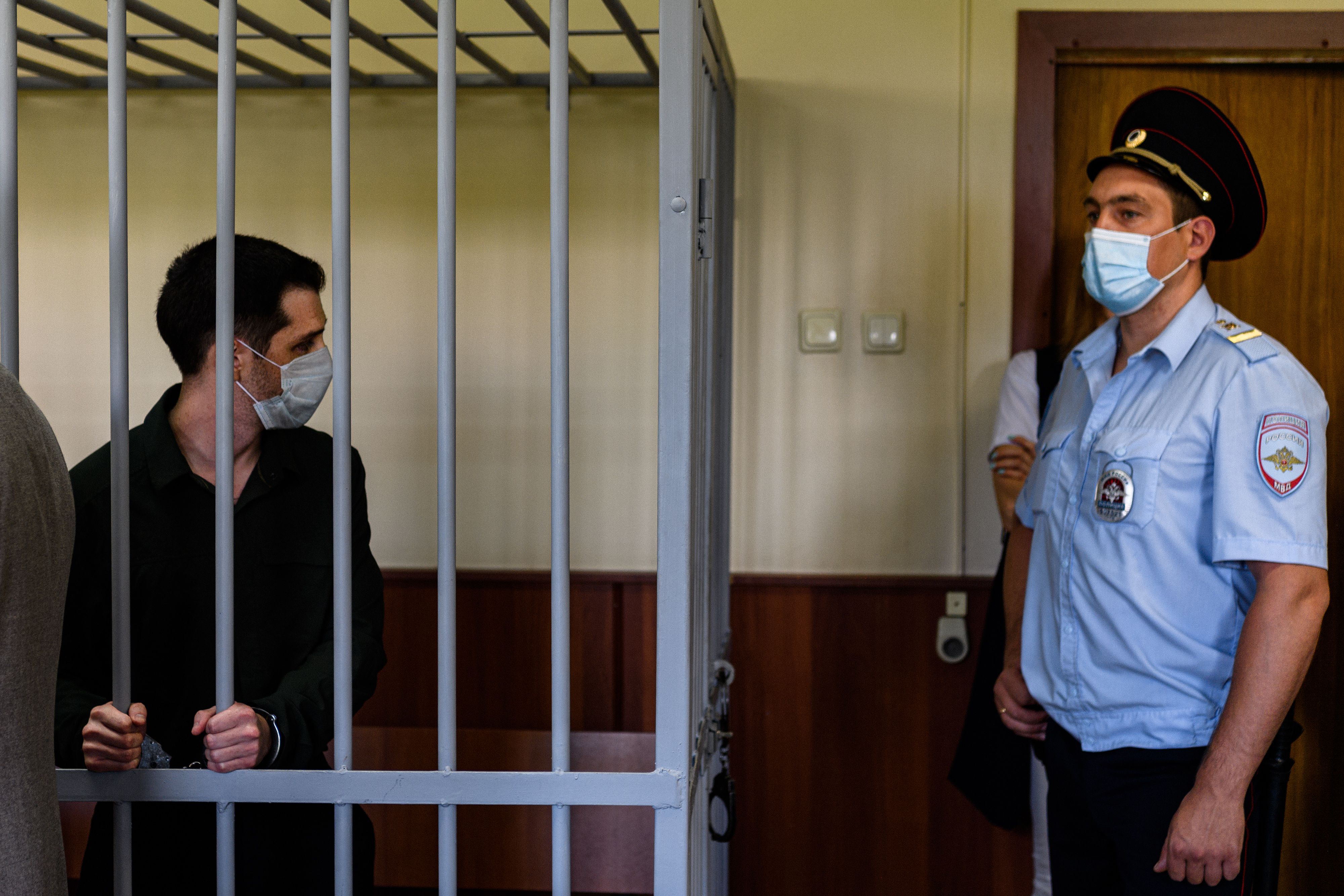 Trevor Reed stands inside a defendants’ cage during his verdict hearing at a Moscow court on July 30, 2020. (Dimitar Dilkoff/AFP via Getty Images)

Reed, who has spent 11 months in jail already, alleged that Russian investigators questioned him about his military background rather than about the alleged incident he was being charged for, The Times reported.

“This conviction, and a sentence of nine years, for an alleged crime that so obviously did not occur, is ridiculous,” U.S. Ambassador to Russia John Sullivan said in a statement. “I cannot even say ‘miscarriage of justice’ because clearly ‘justice’ was not even considered. This was theater of the absurd.”

Sullivan added that he will not rest until Trevor is freed.

Sergei Nikitenkov, a lawyer representing Reed, called the case “complete nonsense,” according to The Times.

Another former Marine, Paul Whelan, was sentenced in Russian court to 16 years imprisonment on June 15. Whelan, who called that trial a “sham,” was convicted of espionage.

“The United States is outraged by the decision of a Russian court today to convict U.S. citizen Paul Whelan after a secret trial, with secret evidence, and without appropriate allowances for defense witnesses,” U.S. Secretary of State Mike Pompeo said in a statement following Whelan’s sentencing.

He added: “The treatment of Paul Whelan at the hands of Russian authorities has been appalling.”

The sentencing of Reed and Whelan are likely bargaining chips for Russia to use in future prisoner exchanges, according to experts, The Times reported.

“This can be a bargaining chip,” prominent Russian lawyer Ivan Pavlov said, according to The Times.

Meanwhile, negotiations are currently ongoing between the United States and Russia regarding Whelan, according to his lawyer Vladimir Zherebenkov, The Times reported. Russian government officials want to exchange Whelan for two Russians who have been convicted in the U.S.