The Supreme Court ruled in a 5-to-4 decision Friday that the Trump administration could continue building portions of the southern border wall using funds diverted from the Department of Defense.

The ruling meant that the Supreme Court would not halt border wall projects that were challenged in 2019 and earlier this year, the Associated Press reported. The challenges came amid questions of whether the administration illegally sidestepped Congress in diverting Pentagon funds.

BREAKING: Supreme Court lets work continue on President Trump’s border wall, rejecting calls to block some of the construction in a clash over the use of Pentagon funds to build the fencing. pic.twitter.com/wlvIj7HkdB

The 9th U.S. Circuit Court of Appeals ruled in June that the Trump administration could not lawfully transfer $2.5 billion from military construction projects to build sections of the wall along the U.S.-Mexico border, according to the Associated Press. (RELATED: Trump Signs New Border Wall Section In Arizona To Commemorate 200 Miles)

The lower court decision was based on litigation that began in June 2019. U.S. District Judge Haywood Gilliam, an Obama appointee from California, blocked the Trump administration from reallocating the $2.5 billion in Pentagon funds towards a 100-mile border fencing project.

After the Trump administration appealed the decision to the Supreme Court, the American Civil Liberties Union sued on behalf of the Sierra Club and the Southern Border Communities Coalition.

The Supreme Court ruled in favor of the Trump administration July 26, 2019 and allowed four border construction projects to continue, the Associated Press reported. Opposition groups continued to litigate the matter even after $1.3 billion in contracts were awarded to construction firms. 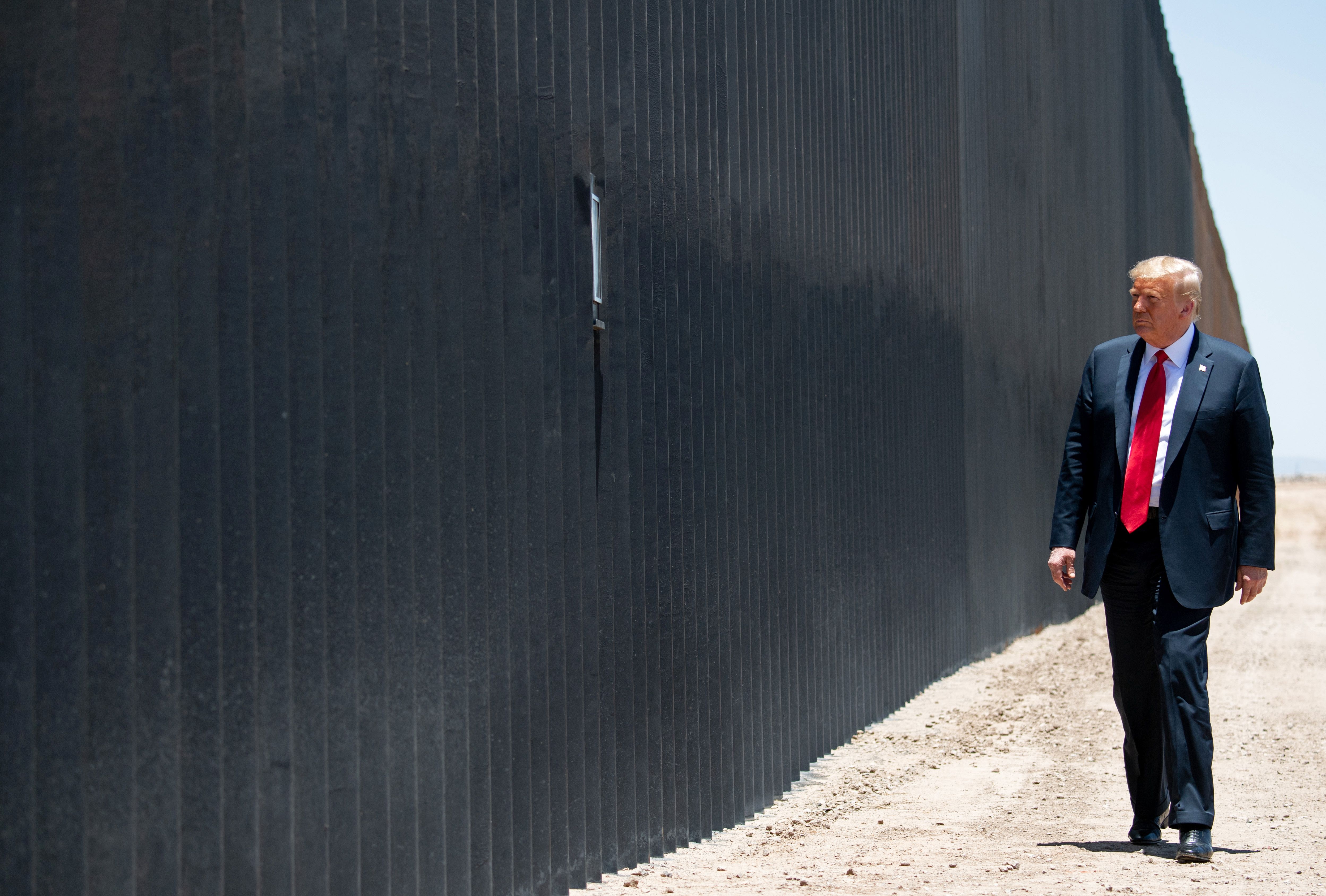 President Donald Trump participates in a ceremony commemorating the 200th mile of border wall at the international border with Mexico in San Luis, Arizona (Saul Loeb/AFP via Getty Images)

Justice Stephen Breyer wrote in the dissenting opinion that the decision would likely quash any further disputes on the issue. “The Court’s decision to let construction continue nevertheless I fear, may operate, in effect, as a final judgment,” he wrote.

The administration has since committed the money to fences, roads and lighting in locations identified as drug-smuggling hotspots along the southern border, according to Reuters.