Students for Life of America and the Frederick Douglass Foundation had planned to write the words “BLACK PREBORN LIVES MATTER” on the sidewalk outside an abortion clinic in Washington, D.C. Saturday morning, according to a Students for Life press release. The group also said it obtained a permit for the event.

Both advocacy groups had sent a July 20 letter to Mayor Muriel Bowser requesting permission to paint the words “Black Pre-Born Lives Matter” in order to “to celebrate the beautiful children with endless potential who are the future of their community and deserve the opportunity to make their mark in the world.”

Neither Bowser nor MPD immediately responded to requests for comment regarding the permit.

Chalking messages is a common method of advocacy, particularly as protests and riots against racism and police brutality have erupted across the nation. Bowser had the slogan “Black Lives Matter” painted on a D.C. street in massive yellow letters in early June.

The DCNF asked MPD whether graffiti on the streets of D.C. done in the name of George Floyd or Black Lives Matter also counted as defacing of private/public property. MPD did not immediately respond to this question. 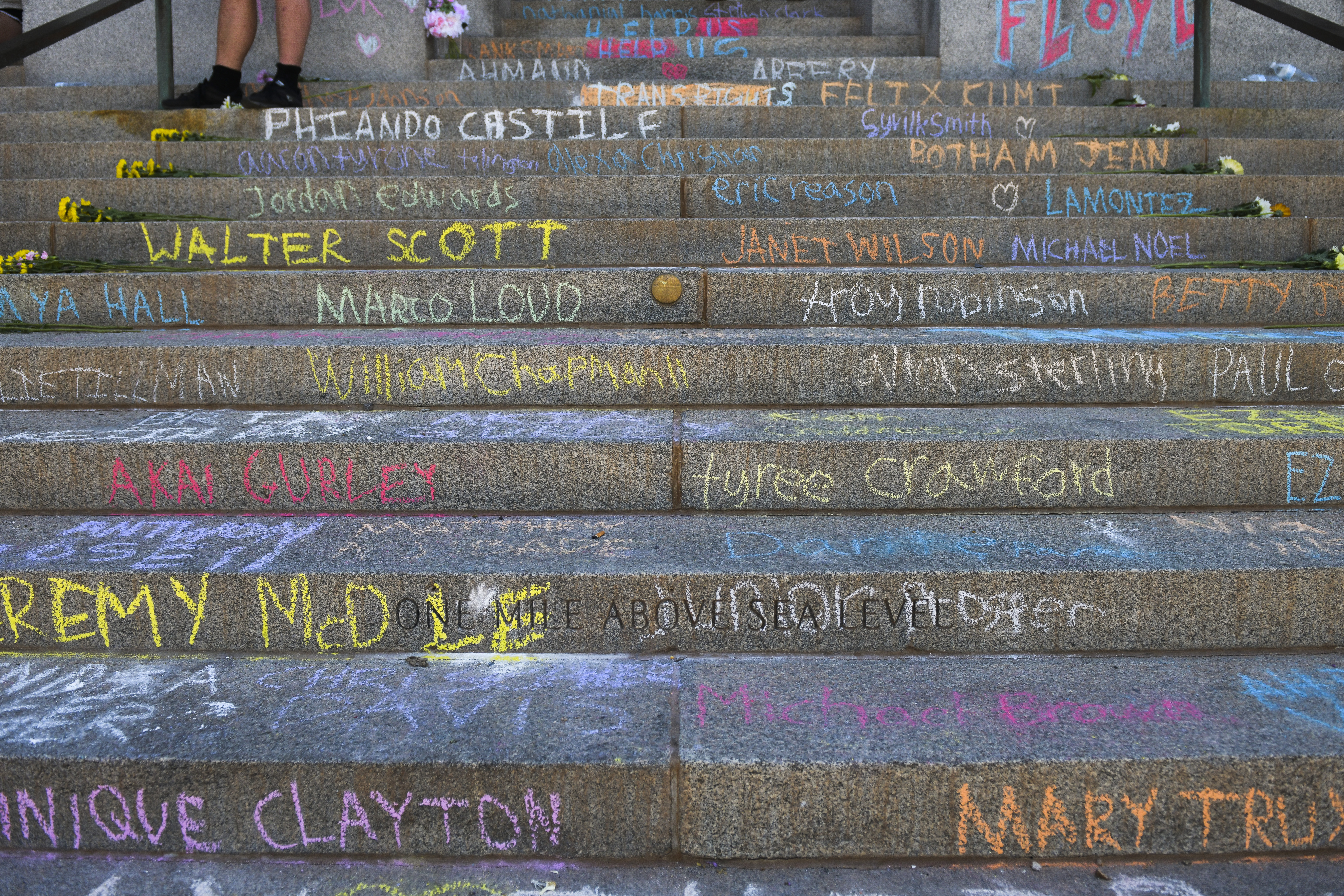 DENVER, CO – MAY 31: The names of black people killed by police are written in chalk on the steps of the Colorado State Capitol during the fourth consecutive day of protests in the aftermath of the death of George Floyd on May 31, 2020 in Denver, Colorado. (Photo by Michael Ciaglo/Getty Images)

Protestors and rioters throughout the nation have chalked messages on streets and buildings against police, police brutality and racism. 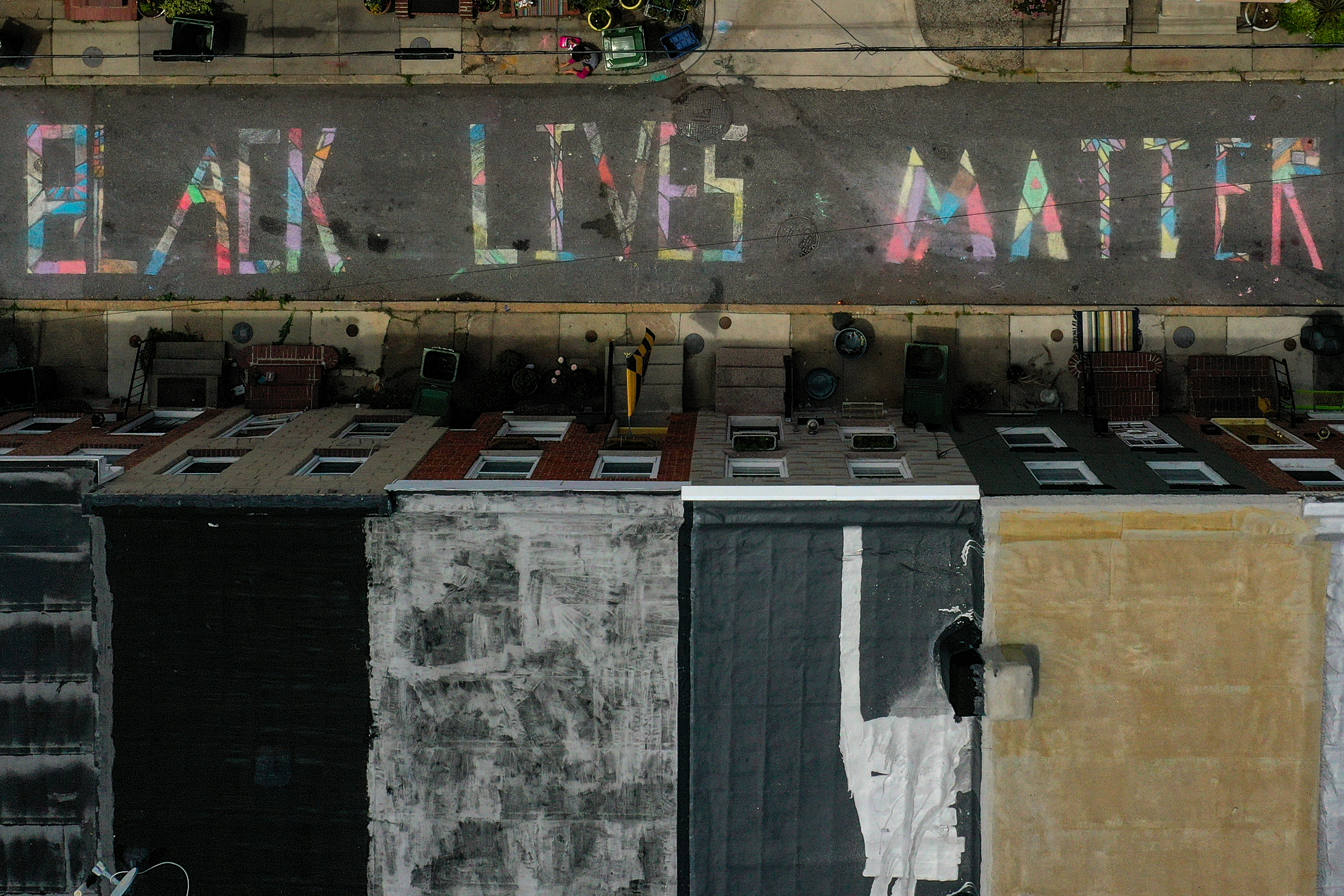 BALTIMORE, MARYLAND – JUNE 16: In an aerial image from a drone, a ‘Black Lives Matter’ mural chalk painting is seen on the 300 block of South Madeira Street on June 16, 2020 in Baltimore, Maryland. (Photo by Patrick Smith/Getty Images)

As recently as January 2020, the nonprofit Speech First sued Iowa State University President Wendy Wintersteen as well as 14 other university administrators and nine members of the State Board of Regents, saying the school sought to restrict free speech by prohibiting chalking. 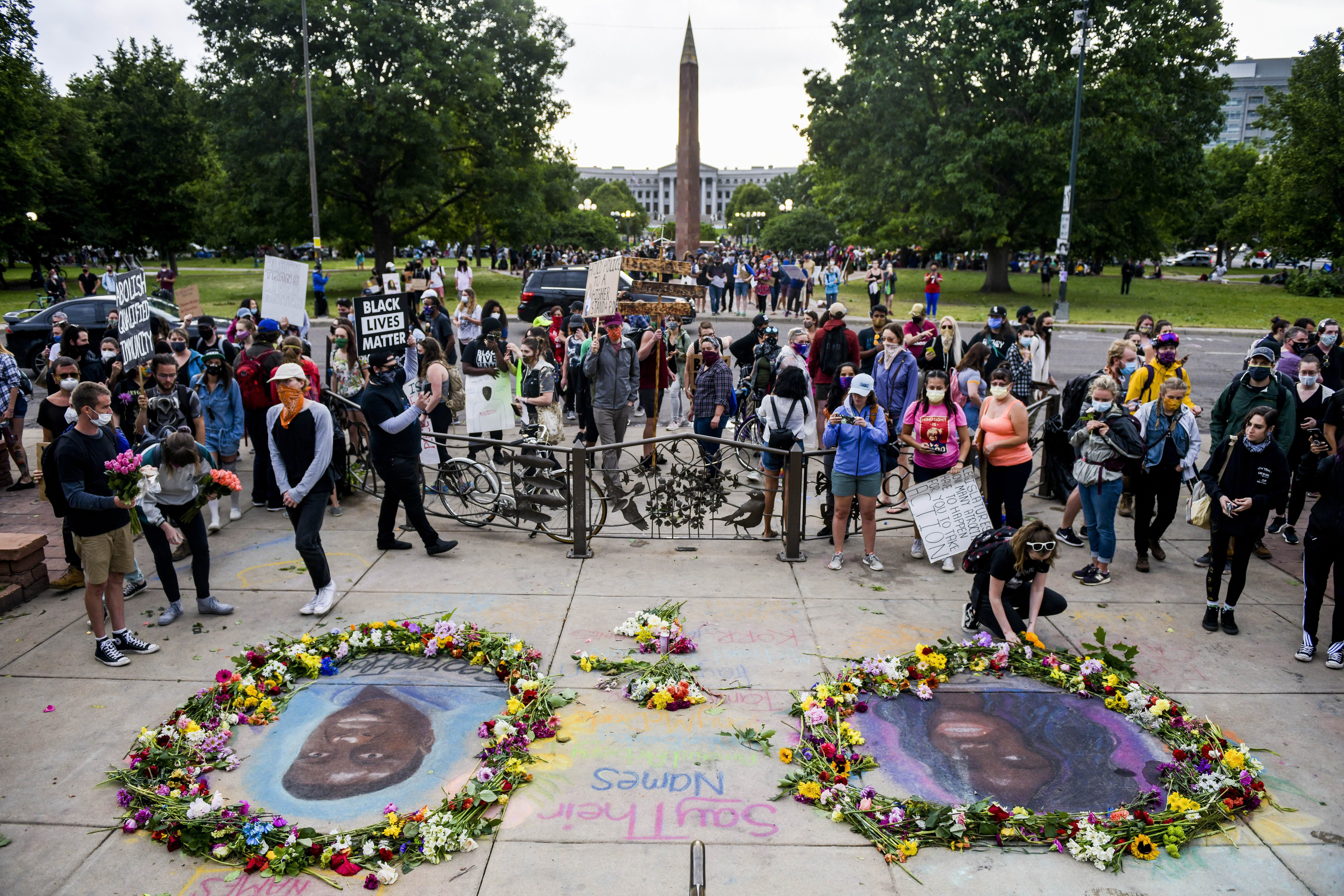 DENVER, CO – JUNE 06: People look at chalk portraits of George Floyd and Breonna Taylor on the steps of the Colorado State Capitol as people protest their deaths on June 6, 2020 in Denver, Colorado.  (Photo by Michael Ciaglo/Getty Images)