Researchers, governments and pharmaceutical companies worldwide have been working rapidly to develop an effective vaccine against coronavirus, which has infected over 4.5 million and killed over 150,000 people in the United States alone.

Testing has advanced quickly and there’s optimism that a vaccine will be developed before 2021. But there are also concerns that a vaccine won’t be sufficiently stockpiled or efficiently distributed. There’s additional worry that the growing distrust in vaccines will result in large numbers refusing the injection, making it less beneficial.

Vaccine development has progressed fast since coronavirus’s genetic code was first discovered and shared around the world on Jan. 10. Just two months later, the National Institutes of Health administered its first human test.

In April, the Trump administration launched “Operation Warp Speed,” a government effort with the goal of delivering “300 million doses of a safe, effective vaccine for COVID-19 by January 2021 as part of a broader strategy to accelerate the development, manufacturing, and distribution of vaccines, therapeutics and diagnostics,” according to the Department of Health and Human Services’s website.

And on July 27, a trial led by the NIH and Moderna, a Massachusetts pharmaceutical company, began with 30,000 American volunteers, which, if successful, could be its final test.

In the United Kingdom, a study at Oxford University produced promising results as well, leaving open the possibly that a safe vaccine will be available sooner than previously thought.

President Donald Trump has touted successful results in the U.S. and U.K., tweeting that a vaccine will be available by the end of the year.

Despite optimistic results and the president’s statements, Dr. Anthony Fauci, who’s headed the National Institute of Allergy and Infectious Diseases since 1984, said during a congressional hearing Friday that even though he is “cautiously optimistic” that a successful vaccine will be developed before the year’s end, it is unlikely that it will be widely available to the public. (RELATED: Fauci Says China Not A Threat To US Coronavirus Vaccine Research) 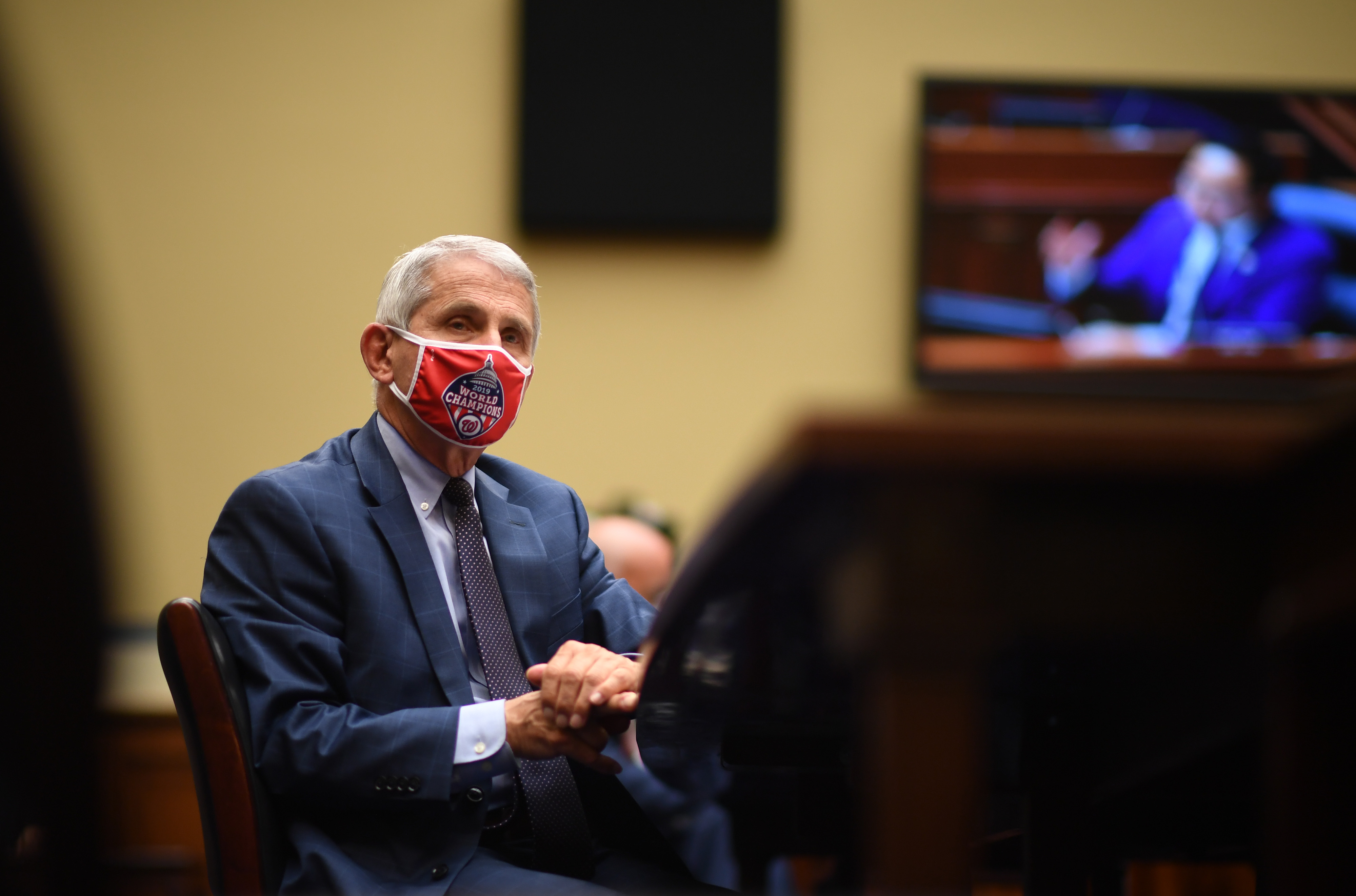 Fauci also told the Washington Post on July 24 that he does not believe a vaccine will be available throughout the country until “several months” into to 2021. He emphasized the risks that arise over the absence of a plan to distribute a vaccine across the country en masse.

To successfully distribute the vaccine to Americans across the country, the U.S. would need over 700 million syringes and needles, assuming that it will be given over two separate doses, The Hill reported. There are concerns that a shortage of these supplies could prevent a vaccine from being distributed sufficiently.

The Trump administration has ordered only 320 million of each so far, costing approximately $110 million, according to The Hill. It placed an additional order with Becton Dickinson (BD), a medical distribution company, for 190 million needles and syringes, but experts have said that it may have acted too late.

“We are very concerned that the government engaged with BD pretty late in the game and it’s unclear even now that enough capacity has been lined up,” said Topher Spiro, who co-authored a report on how to manufacture and distribute the necessary supplies for an effective vaccine. The report was published by the liberal think tank Center for American Progress (CAP).

Additionally, a shortage of glass vials that would be used to deliver a coronavirus vaccine could serve as another bottleneck, The Washington Post reported. While plastic alternatives have been discussed, the government has done little to advance their production and remain “unproven” regarding their effectiveness, according to the CAP report.

Regardless, the millions of potential vaccine doses are being manufactured in case any of the formulas end up being effective, NIH Director Francis Collins said in July. The Trump administration is also reportedly organizing a joint effort between the Pentagon and the Centers for Disease Control and Prevention to distribute the drug.

But even if those hurdles are cleared and the drug can be distributed widely and effectively, there are still concerns that an insufficient number of Americans will be willing to take the vaccine, making it far less beneficial as a result.

Americans were already growing skeptical of vaccines even before the pandemic. A recent Associated Press/NORC poll found that 31% were uncertain whether they would receive a vaccination, while approximately 20% said they wouldn’t.

“Even if certain people in areas of the country are highly vaccinated, if an infected individual goes to a population where there are more vaccine waivers, then they could easily start an outbreak,” said Abram Wagner, an assistant professor of epidemiology at the University of Michigan.

Additionally, the FDA is expecting that any vaccine will be at least 50% effective, and is “shooting” for a vaccine that is at least 70% effective, Axios reported, meaning that even a successful vaccine may not directly help millions of Americans who receive it.

Awi Federgruen, a professor of management at Columbia Business School, said the little room for error means that the government must be willing to ensure the necessary supplies, distribution channels and awareness campaigns are in place, despite what it may cost in the short-term.

“You need to over-invest in this situation,” Federgruen told The Hill. “The extra investment costs in this area pale against the cost of having to delay the distribution of vaccines for another three, four months.”