Former National Football League (NFL) star Herschel Walker said Saturday that “law and order” has made America great and defunding the police will divide and defeat the country.

“Police [are] the reason we’re the country we are today because of law and order,” Walker told Fox News’ “Justice with Judge Jeanine.”

“But in today’s world they want to forget about law and order … We need to realize that the way we can become a country is to come together. We are being divided right now,” he said. (RELATED: Jason Whitlock on BL  In Football: ‘The NFL Will Never Be Seen The Same Again Because Of The Failure Of Leadership’

Walker said there is no point in athletes kneeling while the national anthem is played before sporting events. “We are the greatest country in the world. To take a knee on the United States of America? Do we have our problems? Yes, we do. Can we solve them, yes we can,” Walker insisted, adding that kneeling players are not articulating their “end game … No one is saying what they want.”

Speaking of the outrage over the death of Breonna Taylor in Louisville, who was shot and killed during a police raid, Walker said he shares the desire of protesters for justice but added that rejecting America will not produce that result.

The former running back said that there is a growing silence from those who oppose kneeling and defunding the police because “you have so many people today afraid to speak out because what they will be labelled as.” (Congressional Candidate, Former NFL Player Burgess Owens Doesn’t Believe There’s A ‘Black National Anthem’) 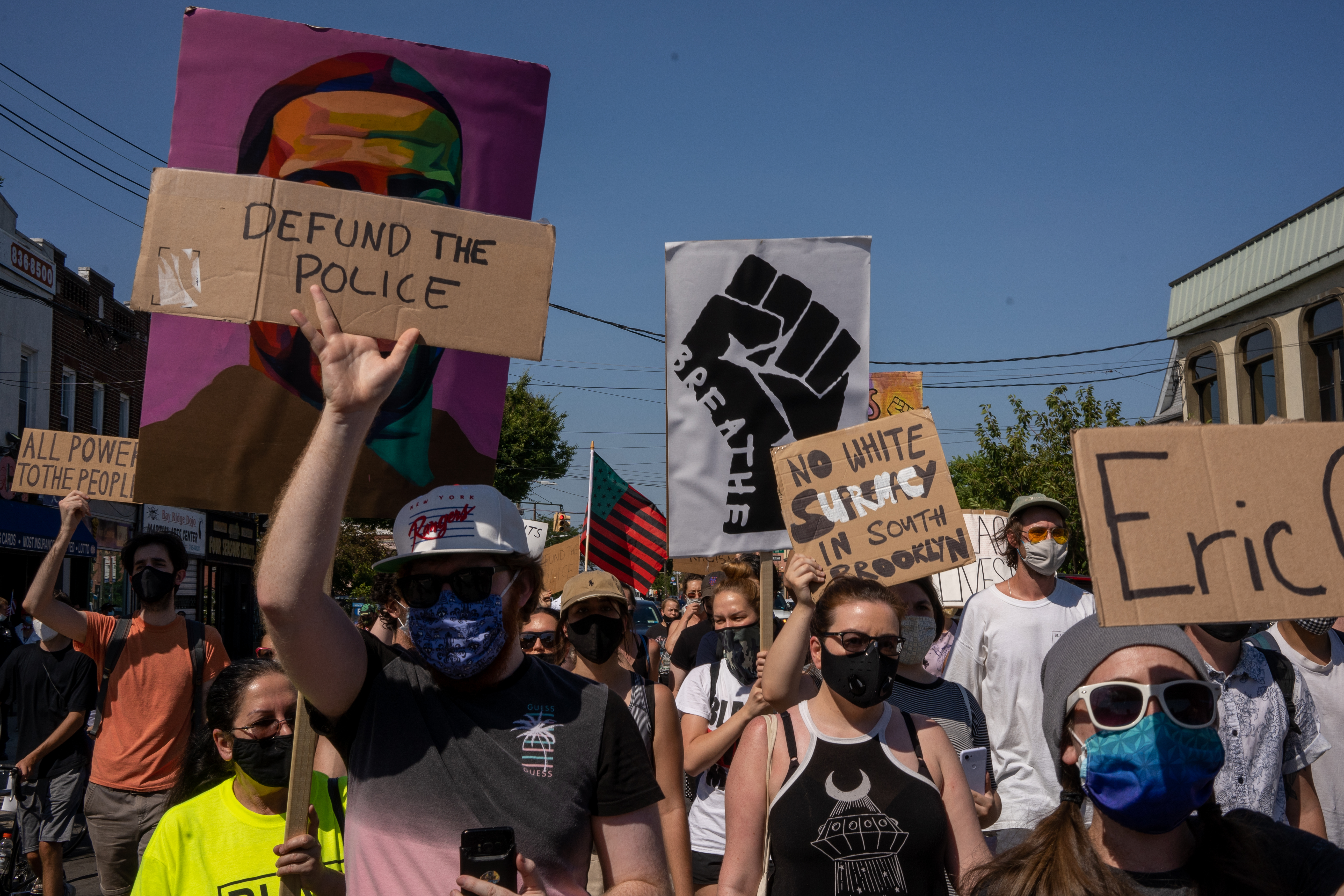 Protesters gather in Dyker Heights to demand police reform on July 18, 2020 in the Brooklyn borough of New York City. Dyker Heights was the site of a pro-police rally a week ago that led to confrontations and arrests. (Photo by David Dee Delgado/Getty Images)

While recognizing that “this country has had its faults,” Walker argued that those problems won’t be solved by “fighting over these problems” instead of encouraging people to “get together and talk about solving them.”