Portland recorded a higher number of homicides in July than they had during any other one-month period over the last 30 years, The Oregonian reported.

The surge in crime comes after the Portland City Council voted to cut over $15 million from the police budget.

The homicide numbers come as the city also deals with a spike in assaults, burglaries, vandalism, and shootings, according to the report. 15 people have been killed in Portland in July so far, bringing the total number of killings this year to 24. Compared to past years, person-to-person and property crimes have fallen, police data shows, according to The Oregonian.

Shootings have more than doubled in July compared to last year, according to the report. The Portland police’s Gun Violence Reduction Team is one of several police units that was disbanded by the City Council’s budget cuts, which were passed last month. (RELATED: Media Downplays Ongoing Violence In Portland, Claims ‘Right-Wing’ Outlets Are Playing Up The Unrest) 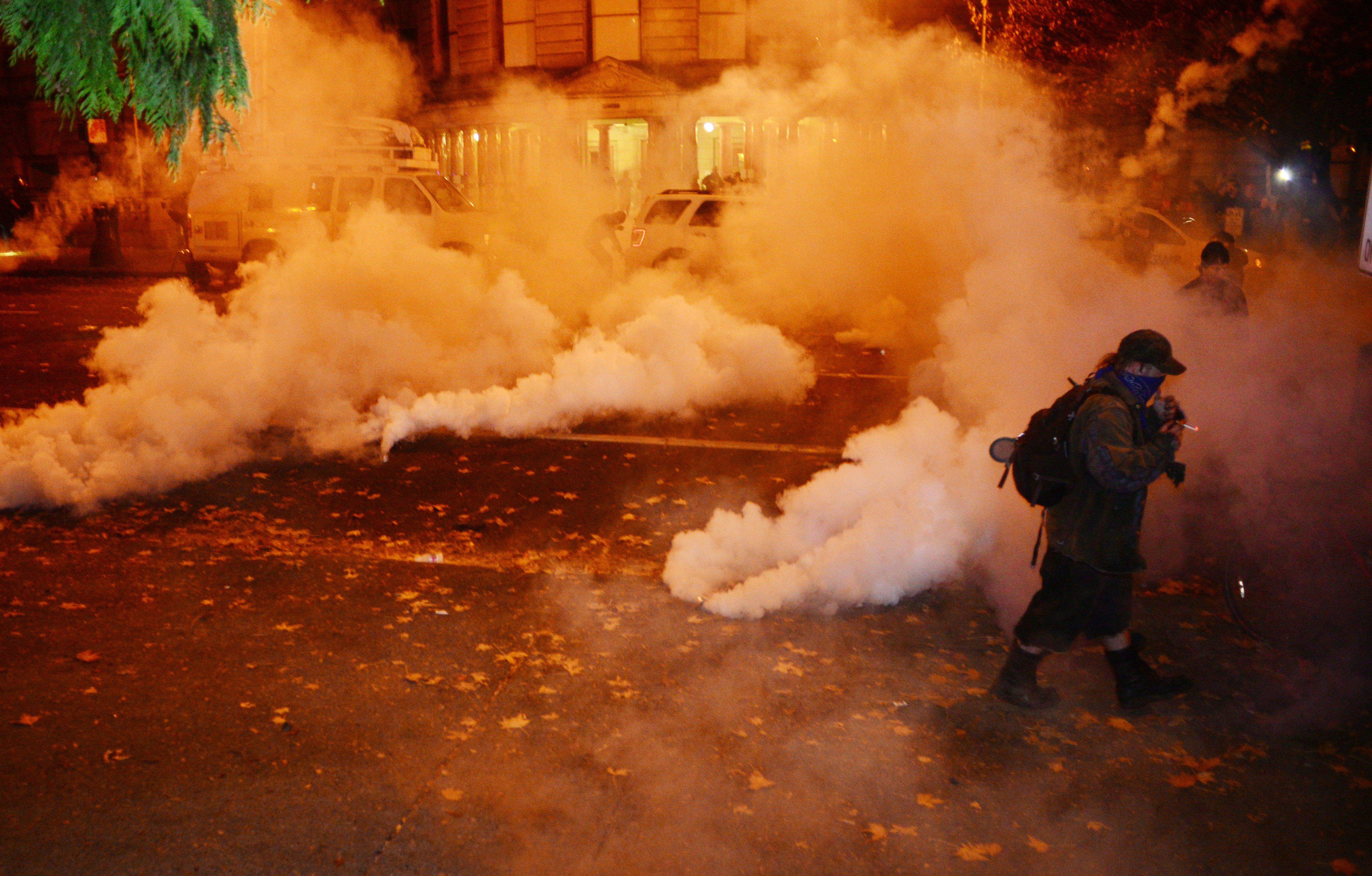 Protestors gather at City Hall in downtown Portland to voice their opinion following the US elections on November 11, 2016. (Photo by Ankur Dholakia/AFP via Getty Images)

Police Chief Chuck Lovell expressed concern Thursday over the rise in crime. He said that the city council’s budget cuts hurt the department’s ability to perform follow-up investigations and that officers were being pulled from the detective’s division to help with investigations.

Protests in Portland have been ongoing since the May 25 death of George Floyd, who died after a Minneapolis officer kneeled on his neck for several minutes. Many of the demonstrations escalated into riots during which the federal courthouse was set on fire and protesters clashed with police. President Trump sent federal agents to the city to help local law enforcement deal with the escalating violence.