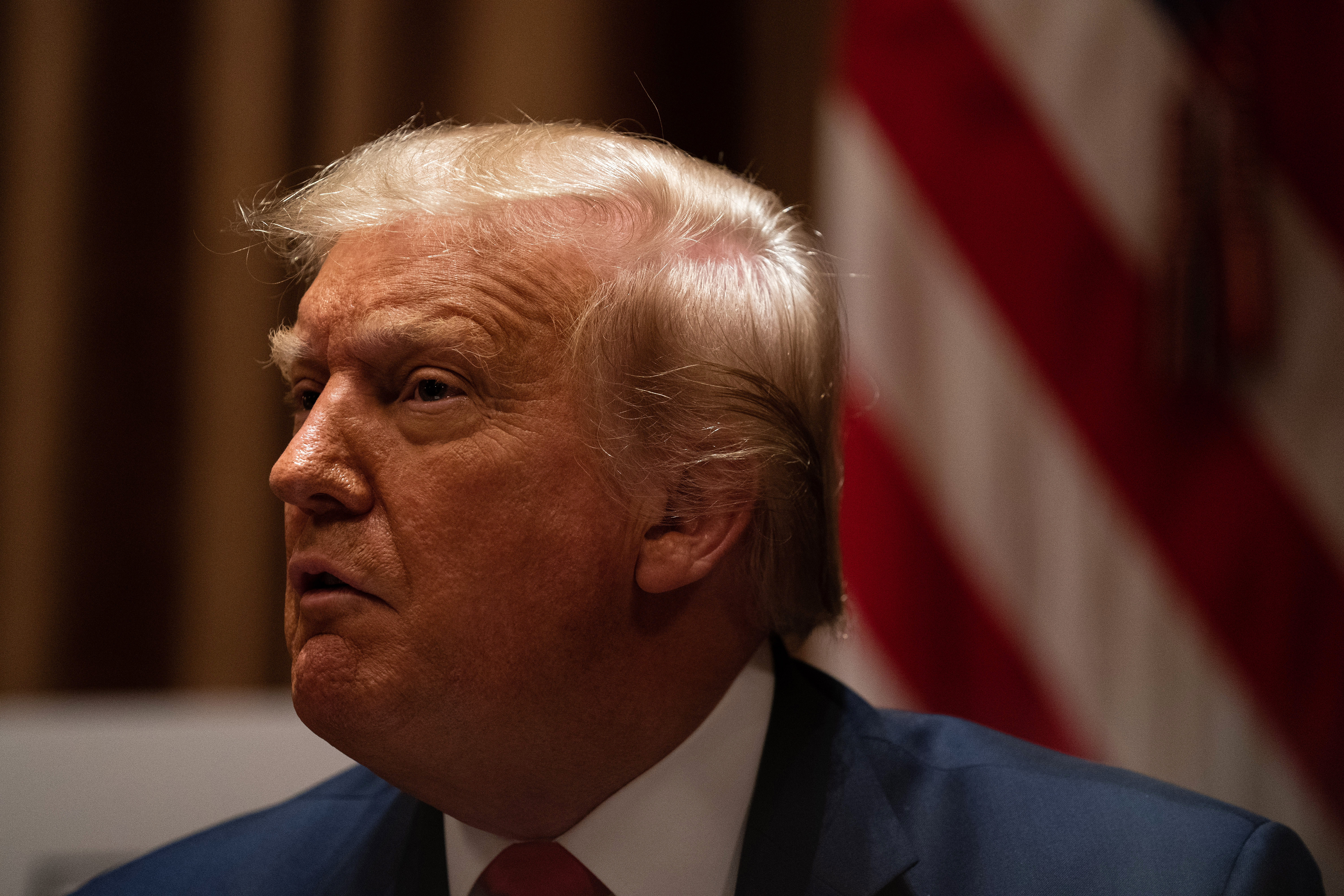 WASHINGTON, DC – JULY 31: U.S. President Donald Trump listens during a meeting with members of the National Association of Police Organizations Leadership in the Cabinet Room of the White House July 31, 2020 in Washington, DC. (Photo by Anna Moneymaker-Pool/Getty Images)

The Hiring American order limits federal agencies’ abilities to hire temporary foreign workers for high-skilled contract work and specifically prevents agencies from firing and replacing citizens and permanent residents with temporary workers in IT contract positions. The order also directs the government to conduct a study to assess how many temporary foreign workers are federally employed contractors, according to Bloomberg News. (RELATED: US Sees Worst-Ever Contraction For Second-Quarter GDP)

“President Trump will not tolerate lucrative federal contractors firing hardworking Americans in the pursuit of cheap foreign labor, like at the Tennessee Valley Authority,” White House assistant press secretary Karoline Leavitt told the Daily Caller of the order. “Today’s Executive Order prevents this tragedy from occurring, encourages federal employers to hire Americans first, and yet again delivers on the President’s promise to secure jobs on the homeland.”

The president also announced at the Monday signing ceremony that two members of the Tennessee Valley Authority were being removed for actions that prompted the order. He further stated that TVA must fire its CEO and the new chief should not make more than $500,000 a year. The president hinted at further disciplinary action in the future.

Trump has signed multiple executive orders in recent months restricting immigration as a means of addressing the unemployment caused by the coronavirus pandemic. Back in June, he suspended the H1B program through at least the end of the year as a means of easing growing jobless claims. That order, however, included several exemptions for lawful permanent residents, foreign workers who are essential to the U.S. food supply, and any spouse or child of a U.S. citizen.

More than 1.4 million Americans filed new unemployment claims according to the latest report from the Department of Labor.