Disparity in actions taken by law enforcement in the District of Columbia over Black Lives Matter demonstrations smacks of “viewpoint discrimination,” an attorney tells the Daily Caller News Foundation.

The DCNF spoke with a number of First Amendment experts regarding the Saturday arrest of two Students for Life of America (SFLA) members. The Metropolitan Police Department (MPD) arrested both 29-year-old Warner DePriest and 22-year-old Erica Caporaletti early Saturday morning for chalking pro-life sentiments, including the slogan “Black Preborn Lives Matter,” on the road in front of a Planned Parenthood abortion clinic.

Attorney Harmeet Kaur Dhillon, who is the CEO of the Center for American Liberty, told the DCNF that the disparity in treatment in these cases is “obviously viewpoint discrimination.” (RELATED: Police Made 4 Arrests For Defacing Property As DC Faced Occasional, Destructive Riots. Then They Arrested 2 Pro-Lifers For Writing ‘Black Preborn Lives Matter’) 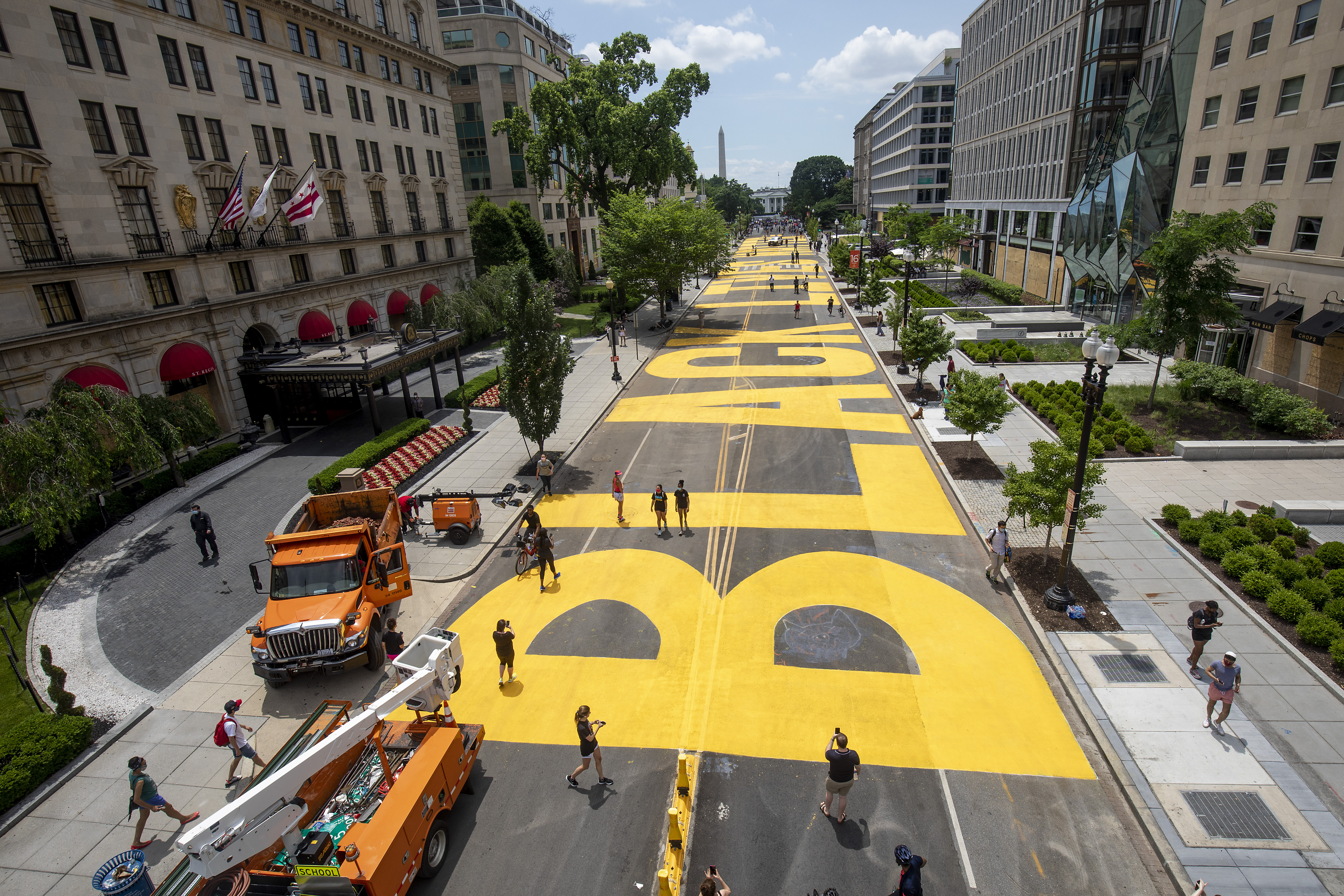 WASHINGTON, DC – JUNE 05: People walk down 16th street after volunteers, with permission from the city, painted “Black Lives Matter” on the street near the White House on June 05, 2020 in Washington, DC. After seven days of protests in DC over the death of George Floyd, DC Mayor Muriel Bowser has renamed that section of 16th street “Black Lives Matter Plaza”. (Photo by Tasos Katopodis/Getty Images)

“I think it’s going to become clear as legal proceedings, which are probably inevitable, proceed on this matter that the city and it’s law enforcement have violated clearly established First Amendment precedent that bars treating similarly situated circumstances of free speech differently,” Dhillon told the DCNF.

The SFLA members were arrested in the middle of the day at an event where less than 50 people were present, Students for Life spokeswoman Kristi Hamrick told the DCNF. The students also said that they chalked these messages every week in front of the abortion clinic.

SFLA and the Frederick Douglass Foundation had sent a letter on July 20 to Mayor Muriel Bowser requesting permission to paint the words “Black Preborn Lives Matter” in order “to celebrate the beautiful children with endless potential who are the future of their community and deserve the opportunity to make their mark in the world.”

SFLA said it obtained a permit for the event, and Hamrick told the DCNF that when a SFLA member picked up this permit from MPD, she was told that painting on the streets of DC had opened a “Pandora’s box.” The member was told that MPD would not be able to prevent painting, and that SFLA should buy tempera paint that would quickly wash away.

When SFLA arrived at the scene early Saturday morning, according to Hamrick, six police cars awaited them. MPD told them not to use the tempera paint, she said, and then also told them they could not use the chalk.

MPD told the DCNF that MPD does not have “any information to corroborate the statement that the group was told they would not be stopped from painting,” noting that the groups had obtained a permit to assemble, but needed a permit from D.C. Department of Transportation to also be able to mark the roads. D.C.

A DDOT spokeswoman said in a statement to the DCNF that the department does not issue “permits to install markings on DC roadways or sidewalks in accordance with District and federal safety standards and guidelines.”

“DDOT does not allow unauthorized markings of any kind on sidewalks or roadways as they may interfere with the intended purpose and effectiveness of the transportation network,” the spokeswoman added. “The District Government may commission markings on roads and sidewalks that are closed or restricted by DDOT, MPD, or the Mayor’s Special Event Task Group.”

Senior Counsel for Alliance Defending Freedom Denise Harle reminded the DCNF that “The First Amendment protects people of all beliefs – not just those whom government officials agree with.”

“Students for Life of America engaged in forms of expression similar to what is practiced by other groups and permitted by the local government,” Harle said. “Washington, D.C., cannot exclude pro-life individuals from exercising their constitutionally protected freedom to peacefully share their views, even if those views are not shared by those in power.”

SFLA President Kristan Hawkins told the DCNF that the group will “seek legal remedies” and is discussing SFLA’s next steps with attorneys. Bowser has not returned many requests for comment from the DCNF on this incident.

Jeremy Dys, Special Counsel for Litigation and Communications for First Liberty, emphasized that government censorship was at play in these arrests.

“Whether it is banning singing religious songs, but supporting the chants of protestors; sealing off city blocks for riots, but penalizing church members for sitting in their cars in the church parking lot to worship; or ordering city officials to paint the streets with the mayor’s message in giant, yellow paint, but then arresting kids expressing their speech with chalk on a sidewalk, the American people are growing weary of being told that their freedom belongs only to those who express messages approved by the government,” Dys told the DCNF.