The former Atlanta police officer who was charged with fatally shooting Rayshard Brooks is reportedly suing the mayor and interim police chief. Garrett Rolfe alleges he was unlawfully terminated and that his Constitutional rights were violated, per the Associated Press

Rolfe was fired in June after fatally shooting Rayshard Brooks outside of a Wendy’s restaurant in Atlanta. Rolfe is alleging in a lawsuit that he was fired “without an investigation, without proper notice, without a disciplinary hearing, and in direct violation of the municipal code of the City of Atlanta,” according to the AP. 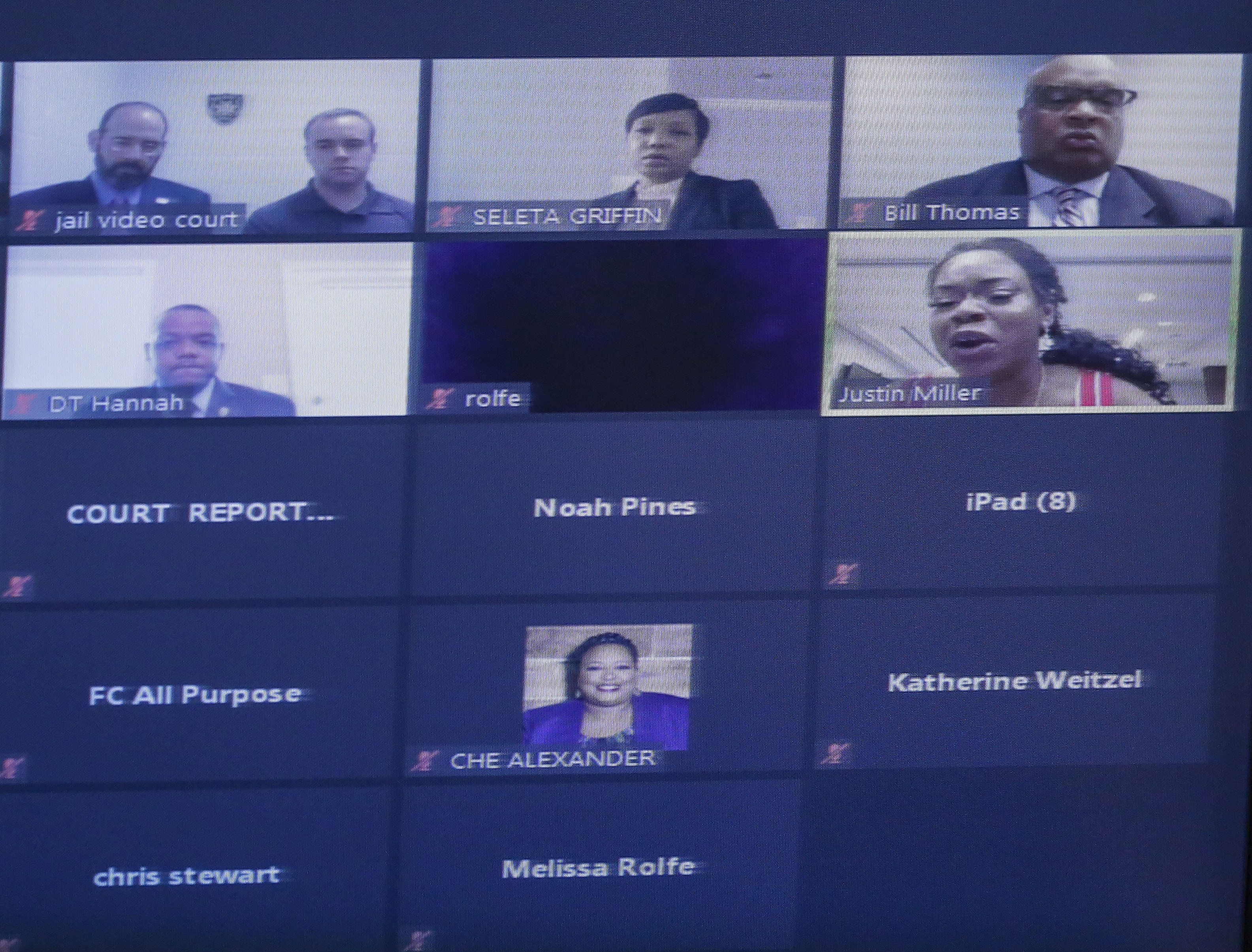 Brooks reportedly failed a sobriety test after he fell asleep in his car outside of the restaurant. After more than 40 minutes of calm conversation between officers and Brooks shown on police camera footage, Brooks physically struggled against responding officers before he grabbed a taser and ran away. An autopsy found he was shot twice in the back. (RELATED: Atlanta Officer Charged With Felony Murder In Rayshard Brooks Shooting)

Rolfe faces 11 criminal charges, including felony murder. He had spent seven years with the police department before he was fired after the shooting of Brooks. If he is convicted, he could face life in prison — or the death penalty. He was granted bond June 30, per the AP.

The lawsuit reportedly argues that Rolfe used deadly force “within the scope and course of his duties” in response to “Brooks’ violent, unlawful, aggressive resistance to a lawful arrest,” and that Rolfe could only be terminated for cause and has the right to due process.

Former Police Chief Erika Shields fired Rolfe and resigned the same day. Rolfe alleges the department did not take the proper steps outlined in the city code before terminating him and that past officers who were charged with crimes remained employed while their criminal charges were pending, according to the AP. 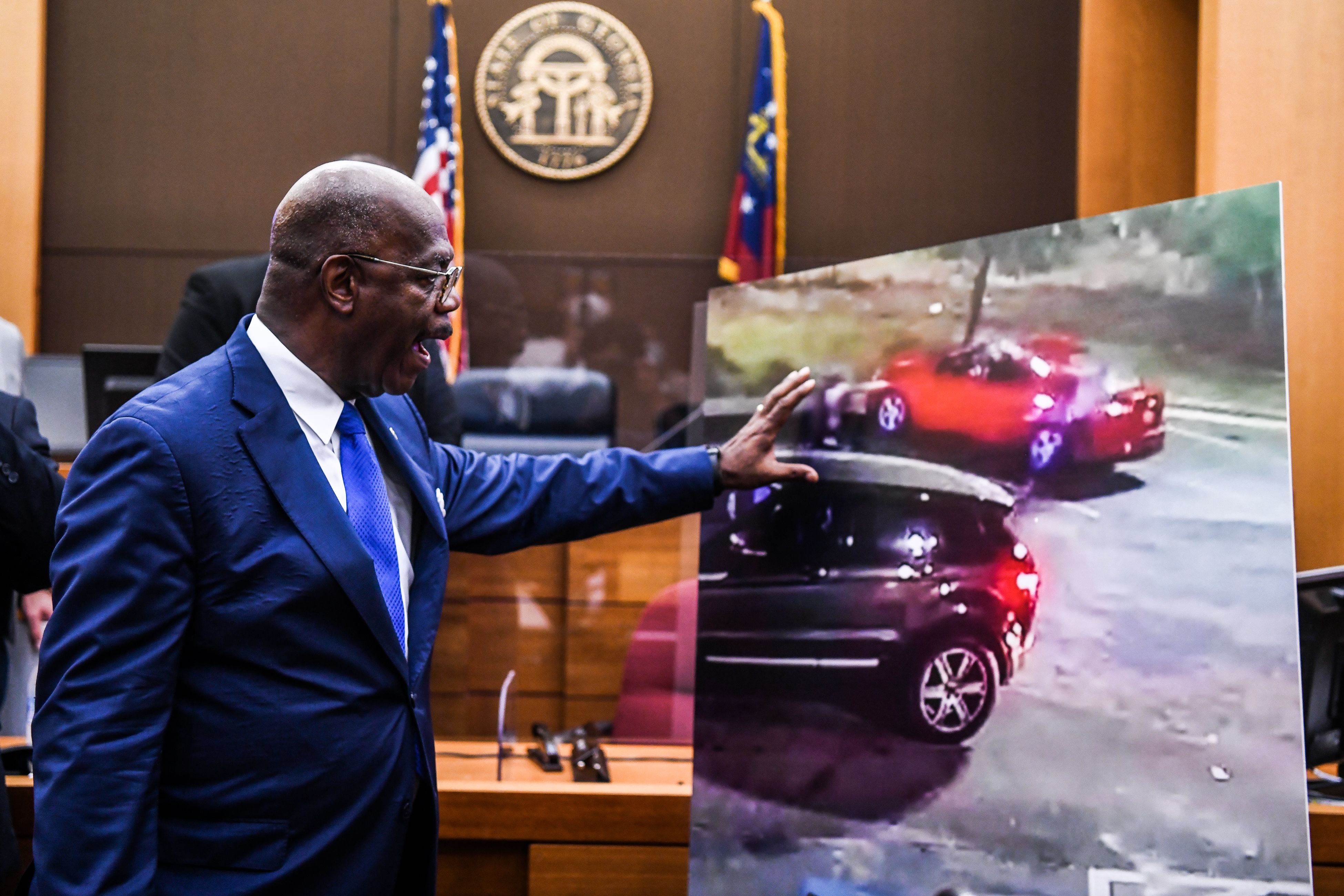 Fulton County District Attorney Paul Howard shows a picture of the incident in a courtroom as he announces 11 charges against former Atlanta Police Officer Garrett Rolfe on June 17, 2020, in Atlanta, Georgia. (Photo by CHANDAN KHANNA/AFP via Getty Images)

The lawsuit reportedly asks a judge to hold a hearing and reinstate Rolfe to his position with back pay and other benefits. The lawsuit further says Rolfe “suffered irreparable injury to his personal and professional reputation as a result of his unlawful dismissal” and “has become a public spectacle and object of ridicule,” per the AP.

Prosecutors in the case also reportedly filed a motion Tuesday to revoke Rolfe’s bond, alleging he had traveled to Florida without permission despite the bond order forbidding him from leaving home except for “medical, legal, or work related obligations.”

A location report from the company that owns the ankle monitor Rolfe must wear while on bond shows that he visited Daytona Beach on Sunday. Prosecutors said they were not aware of any permission granted to Rolfe to travel, and argued that he has demonstrated that he will not “abide by the condition of bond.”

The charges against Rolfe came as protests and riots continue across the nation over the death of George Floyd, a black man who died after former Minneapolis police officer Derek Chauvin knelt on his neck for nearly nine minutes minutes, as shown by viral video of the incident.

Two former Minneapolis police officers facing charges in the Floyd case have pushed to have the respective charges against them dismissed, arguing a lack of probable cause.