Democratic Minneapolis Mayor Jacob Frey said that Democratic Minnesota Gov. Tim Walz is to blame for the unrest in the city after failing to take Frey’s requests for the National Guard seriously, the Star Tribune reported Tuesday. Frey’s claim comes after he took criticism from the state for the riots in May.

Frey said Monday that Walz hesitated to deploy the National Guard while Minneapolis burned in May, despite multiple requests by the city. State officials dispute the mayor’s claim, saying that the city didn’t give the state everything they needed to deploy the National Guard until a day after riots had caused widespread damage in Minneapolis, according to the Star Tribune. 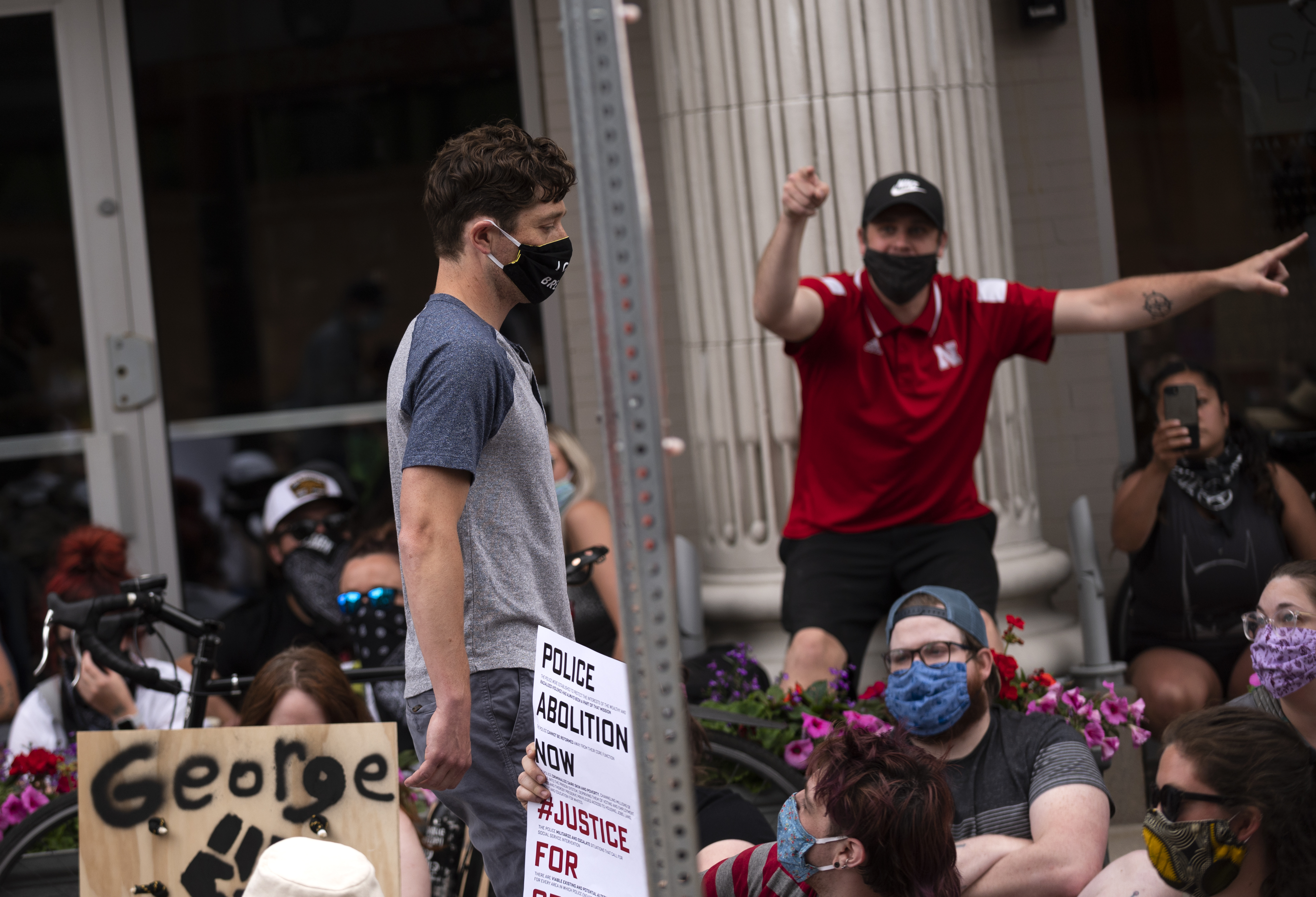 Minneapolis Mayor Jacob Frey leaves a demonstration calling for the Minneapolis Police Department to be defunded on June 6, 2020 in Minneapolis, Minnesota. Mayor Frey declined when he was asked if he would fully defund the police and was then asked to leave the protest. (Photo by Stephen Maturen/Getty Images)

“We expressed the seriousness of the situation,” Frey said, adding that he told the governor all the information that Arradondo had given him. “The urgency was clear.”

Walz “did not say yes” when Frey asked for the National Guard, the mayor said according to the Star Tribune. “He said he would consider it.”

Texts and e-mails from that time, which were obtained by the Star Tribune, corroborate Frey’s version of events.

“Mayor just came out and said the chief wants him to call in the national guard for help at Third Precinct. Mayor appears intent on doing,” the mayor’s spokesman, Mychal Vlatkovich, said in a text message to employees at 6:28 p.m. “He called the governor just now,” Frey’s policy director, Heidi Ritchie, then texted the group.

Later that night, Vlatkovich wrote in a text message that Frey had said “Walz was hesitating.”

The mayor’s second request for the National Guard was made Thursday, May 28 at 10:55 a.m., according to the Star Tribune. By that time, the city had already been destroyed by rioters and looters. (RELATED: Over 250 Buildings Damaged Because Of Riots In Minnesota’s Twin Cities: Report)

“The ongoing situation is well-beyond the capability of our police and fire departments to respond,” Frey said in his written request.

The governor deployed the National Guard at 2:30 p.m. that day. At a news conference Friday morning, Walz said that Minneapolis’ response to the violence was an “abject failure.”

The governor’s statement “was a sharp departure from every conversation we had had at that point,” Frey said. It was “definitely a hit in the gut,” he added, “not just for me, but for so many in our city that were doing everything they could.”

“Everyone was pouring themselves into stemming the violence,” the mayor said. 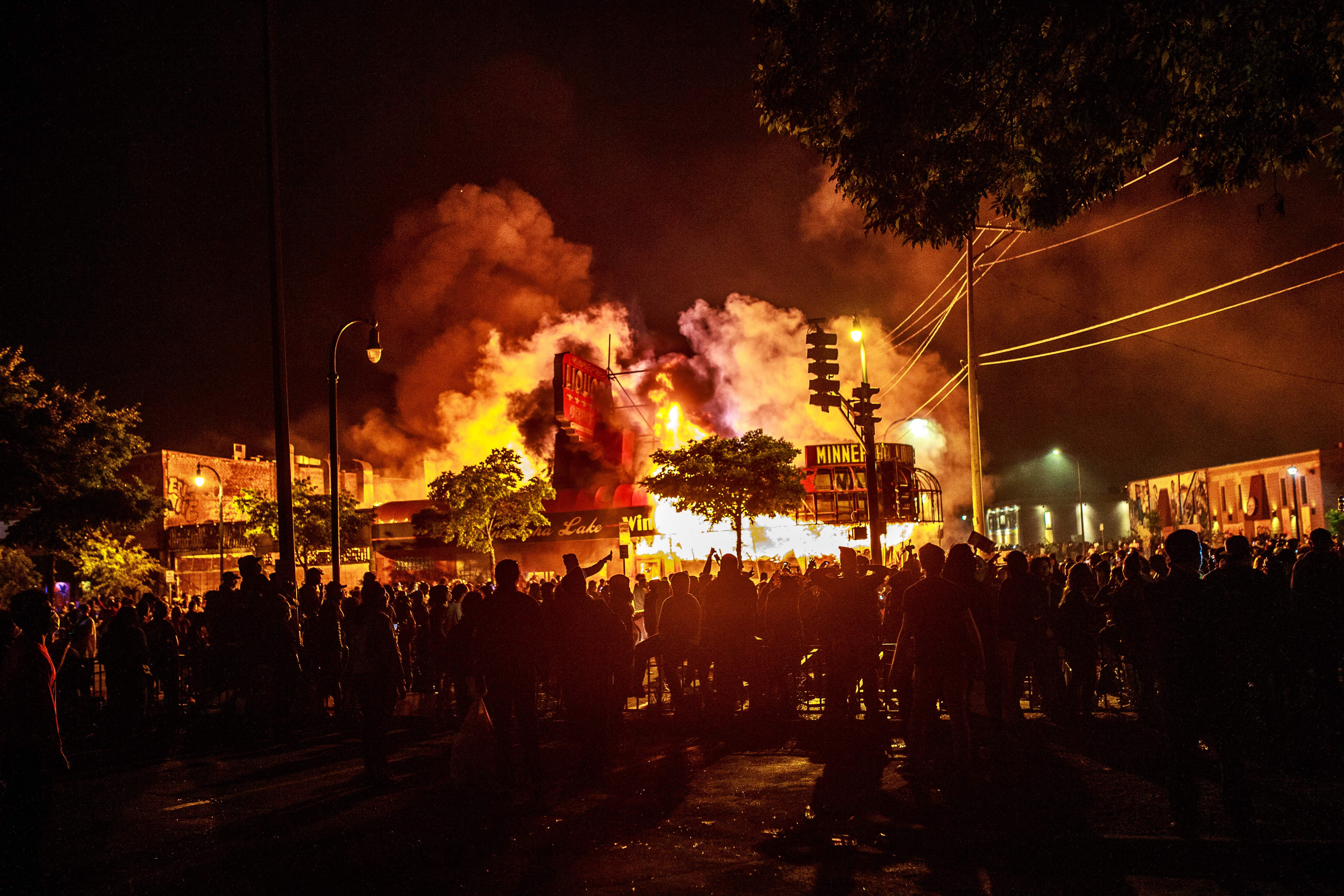 Protesters gather around a liquor store in flames near the Third Police Precinct on May 28, 2020 in Minneapolis, Minnesota, during a protest over the death of George Floyd, an unarmed black man, who died after a police officer kneeled on his neck for several minutes. (Photo by Kerem Yucel/AFP via Getty Images)

State officials said that the city didn’t give them what they needed to activate the National Guard until Thursday morning. Documents obtained by the Star Tribune, however, showed that city officials were trying to provide the necessary materials to Walz and the state Department of Public Safety, according to the report.

“As a 24-year veteran of the Minnesota National Guard, Governor Walz knows how much planning goes into a successful mission,” said the governor’s spokesperson, Teddy Tschann. “That’s why he pushed the City of Minneapolis for details and a strategy.”

“He ordered the Minnesota National Guard to start preparing Thursday morning which allowed them to deploy to both St. Paul and Minneapolis that evening, per the Mayors’ requests,” Tschann added.

Walz’s office told the Star Tribune that they informed the mayor that a verbal request for the National Guard could not be considered an official request. Frey disputed this claim, saying that he was explicitly told by the governor’s staff that his verbal requests Wednesday night were considered a formal request.

The governor’s office also disputed the city’s claim that their request focused on protecting the Third Precinct, which was set on fire by rioters. (RELATED: Minneapolis 3rd Police Precinct On Fire After Officers Evacuate Building Amid George Floyd Riots)

Public Safety Commissioner John Harrington said in a Monday interview that initial requests for the National Guard “weren’t specific about what they wanted or any details on what the mission would be.” He said that later, they were sent a list of areas that needed help that “was so all-encompassing we could not possibly staff all the things they wanted,” the Star Tribune reported.

The documents obtained by the Star Tribune showed that Arradondo emailed Harrington a request Wednesday for the National Guard that included a four-point mission plan at 9:11 p.m. He asked for the state to deploy 600 National Guard soldiers who would report to police department supervisors.

The police chief said Monday that he has learned that “there are a great deal of complexities” in the National Guard’s deployment process, calling the situation an “unprecedented, historical moment,” the Star Tribune reported.