Speaker of the House Nancy Pelosi slammed President Donald Trump on Wednesday for saying he is considering giving his Republican National Convention speech at the White House.

“For the President of the United States to degrade once again the White House, as he has done over and over again, by saying he’s going to completely politicize it, is something that should be rejected right out of hand,” Pelosi said in an interview on MSNBC.

“It’s not serious thinking,” she continued. “It won’t happen, whether it’s legally wrong or ethically out of the question, it shouldn’t have been something that was expressed.” 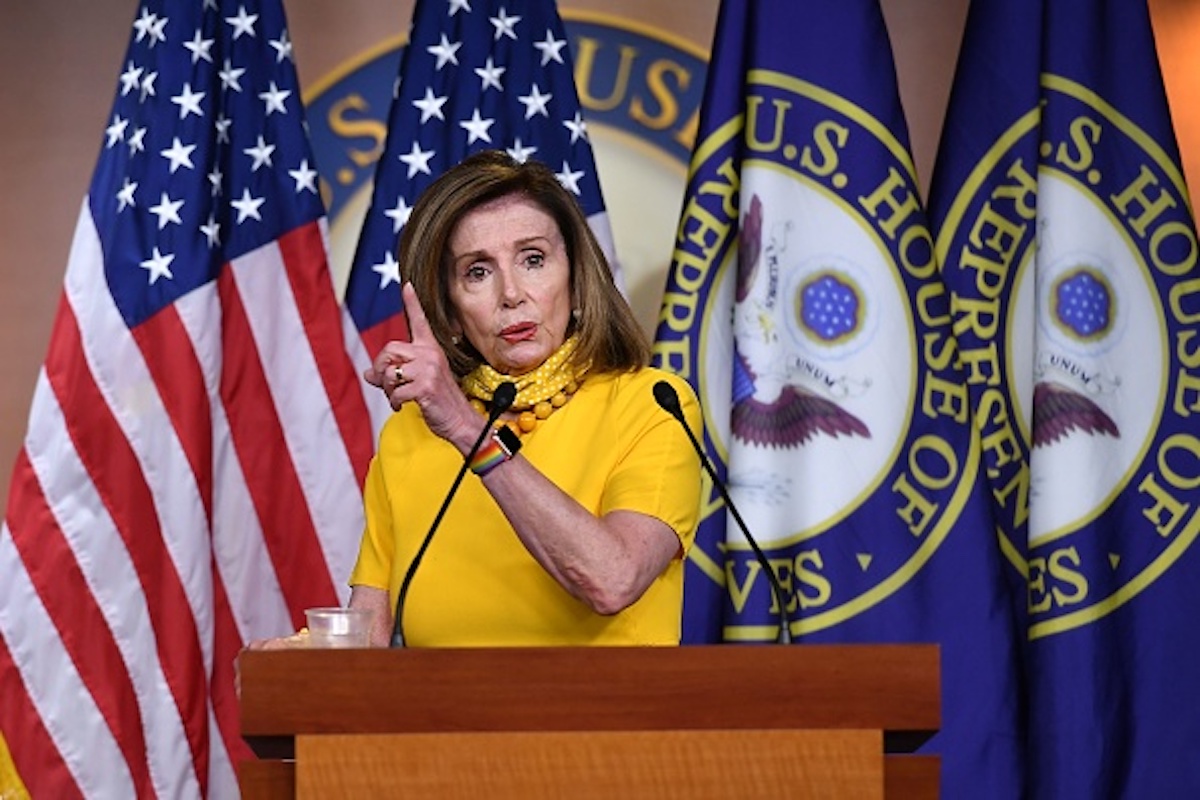 Speaker of the House, Nancy Pelosi, Democrat of California, holds her weekly press briefing on Capitol Hill in Washington, DC, on June 11, 2020. (Photo by MANDEL NGAN/AFP via Getty Images)

The comments come after Trump said that his campaign was looking to do the speech at many places and one of them was the South Lawn of the White House, Fox News reported.

“We’re thinking about it,” Trump said in an interview with Fox & Friends.

“It would be the easiest from the standpoint of security. You know these, they move with a lot of people, it’s a very expensive operation militarily. And law enforcement-wise. The Secret Service is fantastic. But it’s a big deal,” he continued. (RELATED: Joe Biden Won’t Travel To Milwaukee To Accept Democratic Nomination)

Trump canceled the GOP’s plans to host a convention in Jacksonville, Florida in late June. Meanwhile, 2020 presidential candidate Joe Biden will no longer be traveling to Milwaukee, Wisconsin to accept the Democratic nomination.