The coronavirus pandemic illustrated how numerous factors, including other countries’ access to key starting materials and tax haven policies, put the U.S. at a severe disadvantage in handling pandemic and other chemical, biological, radioactive, and nuclear (CBRN) threats. White House officials say the new order — formally titled the “Executive Order On Combatting Public Health Emergencies And Strengthening National Security By Ensuring Essential Medicines, Medical Countermeasures, And Critical Inputs Are Made In The United States — will establish a base level of demand from the federal government to attract U.S. companies to reshore and invest in stateside manufacturing capabilities. (RELATED: Trump Accuses Biden Of ‘Plagiarizing’ His ‘Buy American’ Plan) 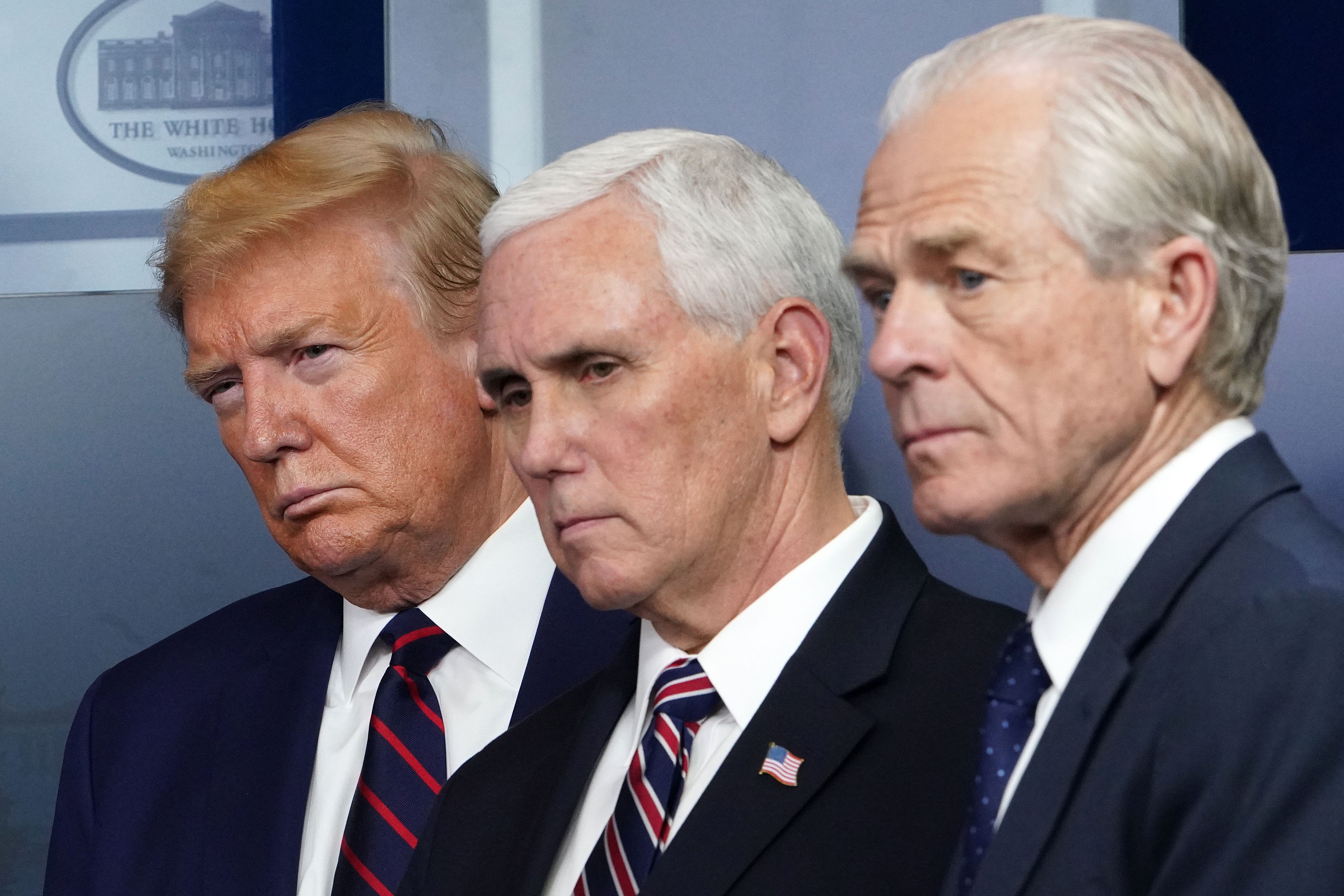 (From L) US President Donald Trump, US Vice President Mike Pence and Director of Trade and Manufacturing Policy Peter Navarro look on during the daily briefing on the novel coronavirus, COVID-19, in the Brady Briefing Room at the White House on April 2, 2020, in Washington, DC. (Photo by MANDEL NGAN/AFP via Getty Images)

The first component specifically directs government agencies, especially the Departments of Health and Human Services, Defense, and Veterans Affairs, to only purchase pharmaceuticals and other medical countermeasures critical to protecting against pandemic and CBRN threats from manufacturers in the states. The Food and Drug Administration (FDA) will be tasked with compiling a list of critical drugs and supplies, including personal protective equipment, which agencies must purchase from stateside manufacturers. Navarro noted that the order provides waivers for extreme emergencies when agencies could purchase items included in FDA’s list from manufacturers in other countries.

The second component dictates the need to identify “vulnerabilities” in our supply chain and reverse them through loosening regulations at FDA, the Environmental Protection Agency, and other government bodies. The order also expands the government’s mandate to prevent counterfeit drugs and medical supplies — especially those manufactured in China and purchased through e-commerce sites in the U.S. — from entering the country.

Finally, the order’s third component looks to drive down the cost of prescription drugs and other medical equipment manufactured in the country by fostering investments in “advanced” technologies and continued manufacturing capabilities. (EXCLUSIVE REPORT: The Inside Story Of How The Trump Team Is Rebuilding Our Supply Chain Preparedness)

When asked by the Daily Caller about how much funding the government is willing to invest in advancing stateside manufacturing, Navarro demurred. He argued that the order is not an appropriations bill and reiterated the administration’s primary aim is to set the baseline for demand, which he said should in turn incentivize companies to build up their own capabilities within the country. Navarro did suggest that reforming government practices, including the FDA approval process, into a more “rational and streamlined process” would jump start companies’ reinvestment in stateside manufacturing. He added that “the only way we are going to onshore on a longtime basis is through innovation.”

When asked about the lengthy wait between the order first being publicly floated and Trump’s scheduled Thursday signing, Navarro simply responded that “good things take time, and this is a good thing for America.”

“I’ve been a part of roughly 15 executive orders,” he told reporters. “This is one of the most comprehensive and effective executive orders that I’ve seen. It’s going to get the mission done.” 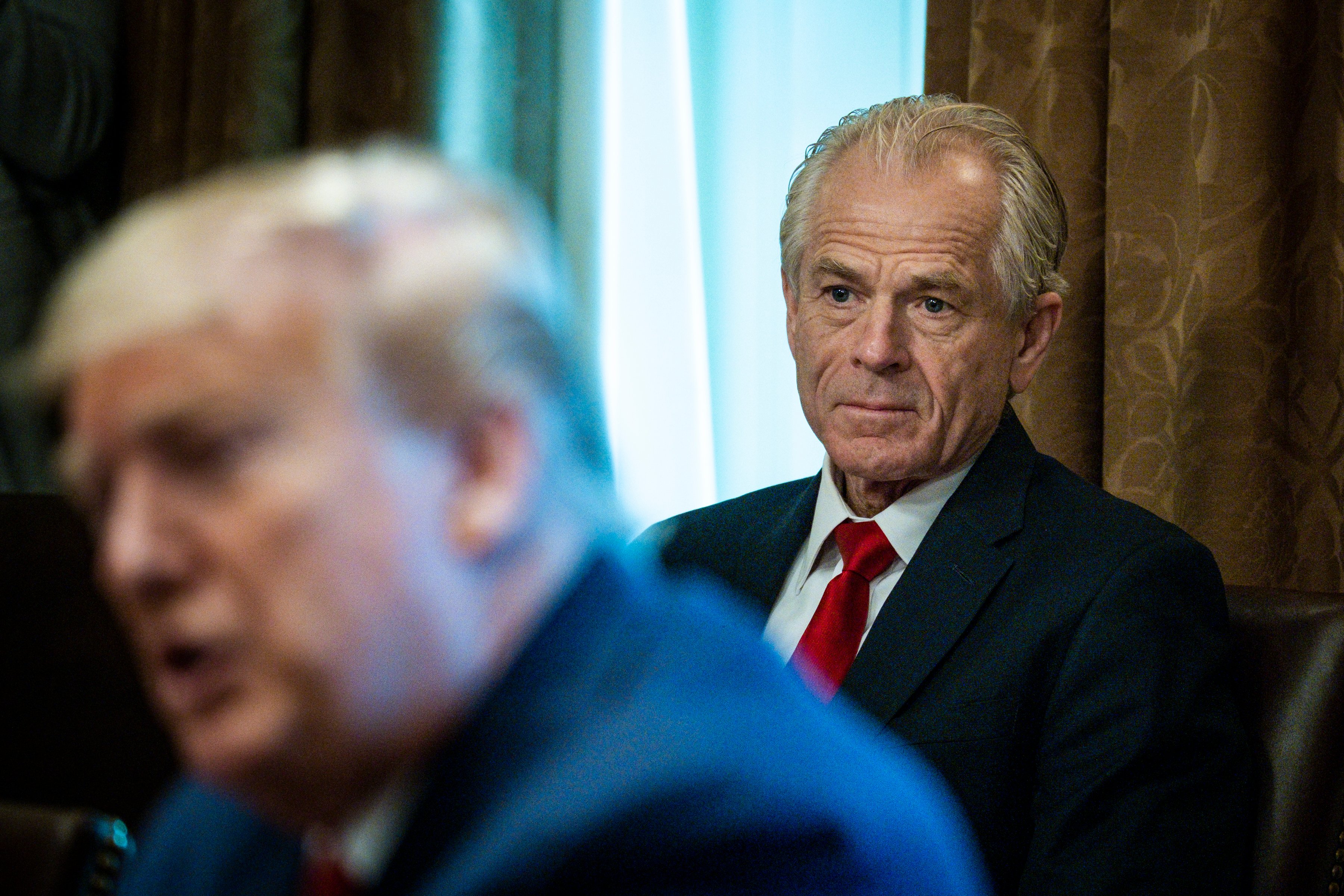 WASHINGTON, DC – MARCH 29: Director of the National Trade Council Peter Navarro looks on as President Donald Trump meets with supply chain distributors in reference to the COVID-19 coronavirus pandemic, in the Cabinet Room in the West Wing at the White House on Sunday, March 29, 2020. (Photo by Pete Marovich-Pool/Getty Images)

Since the supply chain order was first reported on this past spring, former Vice President Joe Biden released his own “Buy American” plan for regaining control of the country’s supply chain. Trump and Navarro both accused Biden of plagiarizing his plan from public aspects of the administration’s order.

“He plagiarized from me, but he can never pull it off,” Trump told reporters the day Biden announced his plan. “He likes plagiarizing. It’s a plan that is very radical left but he says the right things because he’s copying what I’ve done. The difference is he can’t do it, and he knows he’s not doing that.”