“We have great respect for the institution of the Supreme Court of the United States,” he said in response to a question from correspondent David Brody. “But Chief Justice John Roberts has been a disappointment to conservatives, whether it be the Obamacare decision, or whether it be a spate of recent decisions all the way through Cavalry Chapel.”

Pence called SCOTUS’s 2020 decisions “a reminder of just how important this election is for the future of the Supreme Court.”

“We remembered the issue back in 2016, which I believe loomed large in voters decisions between Hillary Clinton and the man who would become president of the United States,” he continued. “Some people thought it wouldn’t be as big an issue these days, but I think that’s all changed.”

The vice president specifically referenced the top court’s decision that a pro-life law in Louisiana was unconstitutional. Roberts broke from conservatives and sided with the majority in the decision. 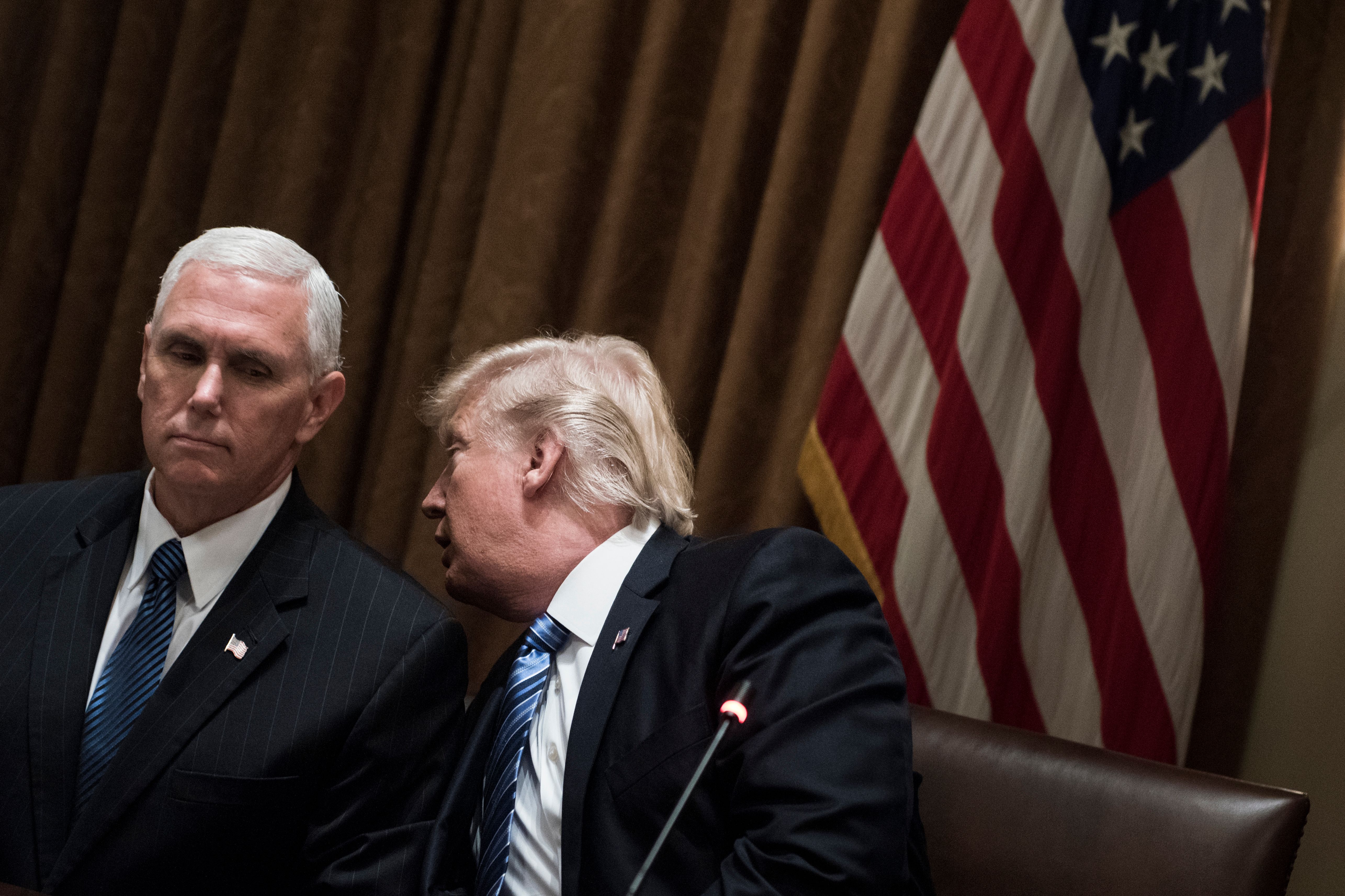 US President Donald Trump (R) whispers to US Vice President Mike Pence before a meeting with South Korea’s President Moon Jae-in in the Cabinet Room of the White House June 30, 2017 in Washington, DC. (Photo by BRENDAN SMIALOWSKI/AFP via Getty Images)

“A narrow majority in the Supreme Court still said it’s unacceptable,” Pence stated. “I think it’s been a wake up call for pro-life voters around the country who understand in a very real sense the destiny of the Supreme Court is on the ballot in 2020, and that’s why president Trump announced he’s going to publish another list of men and women from which he’ll draw any future appointments to the Supreme Court of the United States.” (RELATED: Justice Ruth Bader Ginsberg Released From Hospital Following Medical Procedure)

“He did that in 2016, he kept his word. He’s going to do that in the fall of 2020, and he’s going to keep his word and appoint more principled conservatives to our courts,” he continued.

President Donald Trump and the administration have voiced displeasure with many of the court’s recent decisions, and chief of staff Mark Meadows further stated in July that Trump would not hesitate to fill a court vacancy if one appears ahead of the 2020 election.