The deportations have come as part of Trump’s immigration response to the COVID-19 pandemic. He declared the pandemic a national emergency earlier this year, and has used that authority to maintain stricter policies at the border, such as turning people away without allowing them to apply for asylum, the AP reported.

The United States, Mexico, and Canada have all agreed to close down America’s borders to non-essential traffic amid the pandemic, leading to a massive reduction in illegal border crossings. (RELATED: Senate Republicans Urge Trump To Suspend All Guest Worker Visas Amid Coronavirus Pandemic) 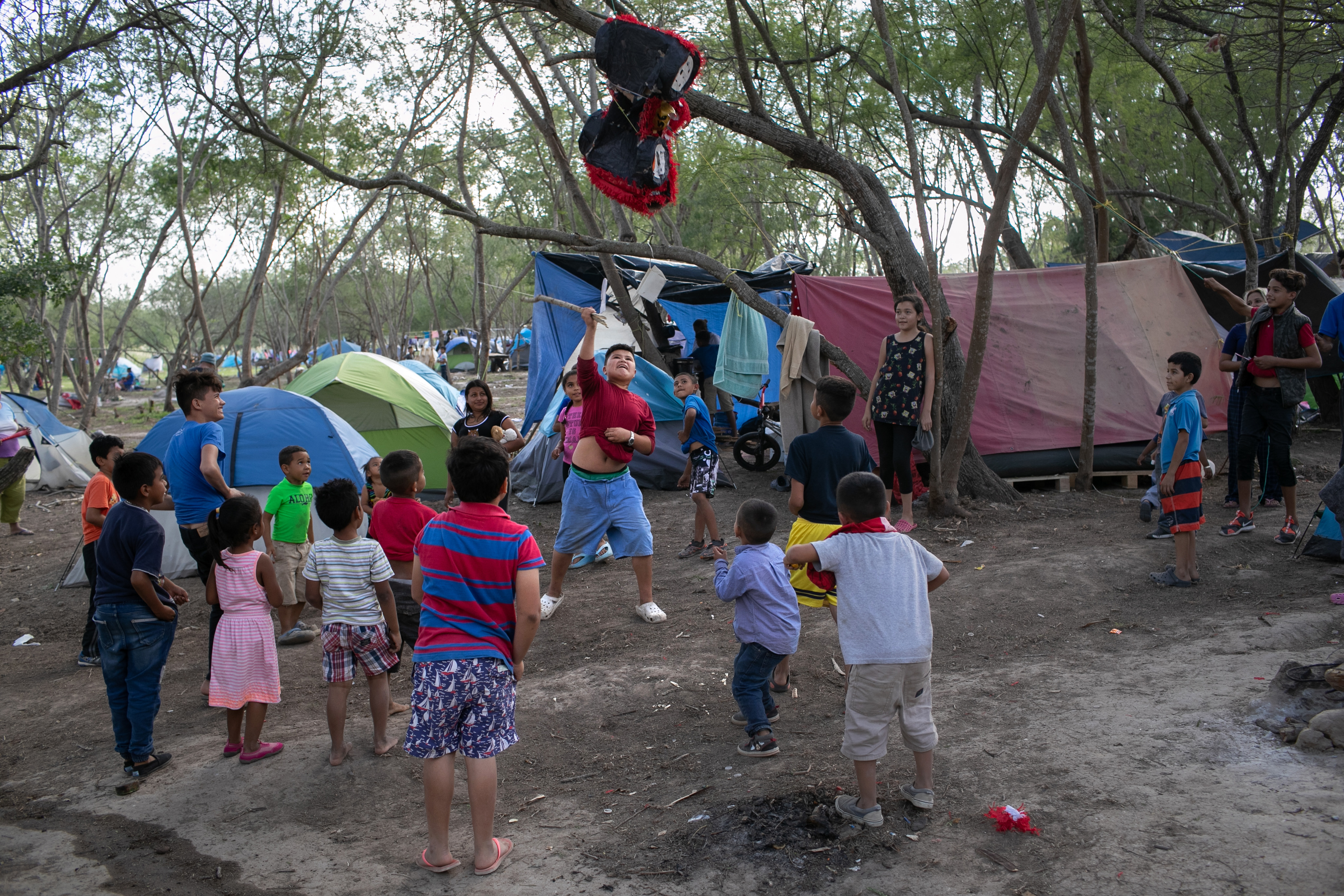 MATAMOROS, MEXICO – DECEMBER 09: Immigrant children break a birthday pinata at a camp for asylum seekers on December 09, 2019 in the border town of Matamoros, Mexico. (Photo by John Moore/Getty Images)

“In close collaboration, the US, Mexico, and Canada have each agreed to extend restrictions on non-essential travel across their shared borders for 30 additional days,” Secretary of the Department of Homeland Security Chad Wolf said in an April statement.

“As President Trump stated last week, border control, travel restrictions and other limitations remain critical to slowing the spread and allowing the phased opening of the country,” he added.

The administration extended the policy indefinitely in May, leading immigration advocates to sue the Trump administration. They argue it is illegal to prevent immigrants from applying for asylum without Congressional approval, the Wall Street Journal reported.

“If the courts don’t step in, the Trump administration will continue to indefinitely strip refugees of the right to seek asylum,” Aaron Reichlin-Melnick, policy counsel at the American Immigration Council, told WSJ.

Under typical immigration procedure, ICE or CBP would turn over custody of detained children to HHS for a program where they can be connected with a guardian. The current system amid the pandemic, however, sees ICE keeping custody and deporting the children almost immediately, sometimes housing children in hotels, according to the AP.

“They’ve created a shadow system in which there’s no accountability for expelling very young children,” Leecia Welch, an attorney at the nonprofit National Center for Youth Law told the AP. “There really aren’t enough words to describe what a disgraceful example of sacrificing children this is to advance heartless immigration policies.”