President Donald Trump signed a pair of late night executive orders Thursday that crack down on individuals or companies attempting to communicate with the current owners of the social media apps TikTok and WeChat.

Both apps have been previously deemed national security threats over concerns their parent companies share user data with the Chinese Communist Party.

“The spread in the United States of mobile applications developed and owned by companies in the People’s Republic of China (China) continues to threaten the national security, foreign policy, and economy of the United States,” both orders read. (RELATED: TikTok Pledges To Fight Political Misinformation, Foreign Interference Ahead Of 2020 Election) 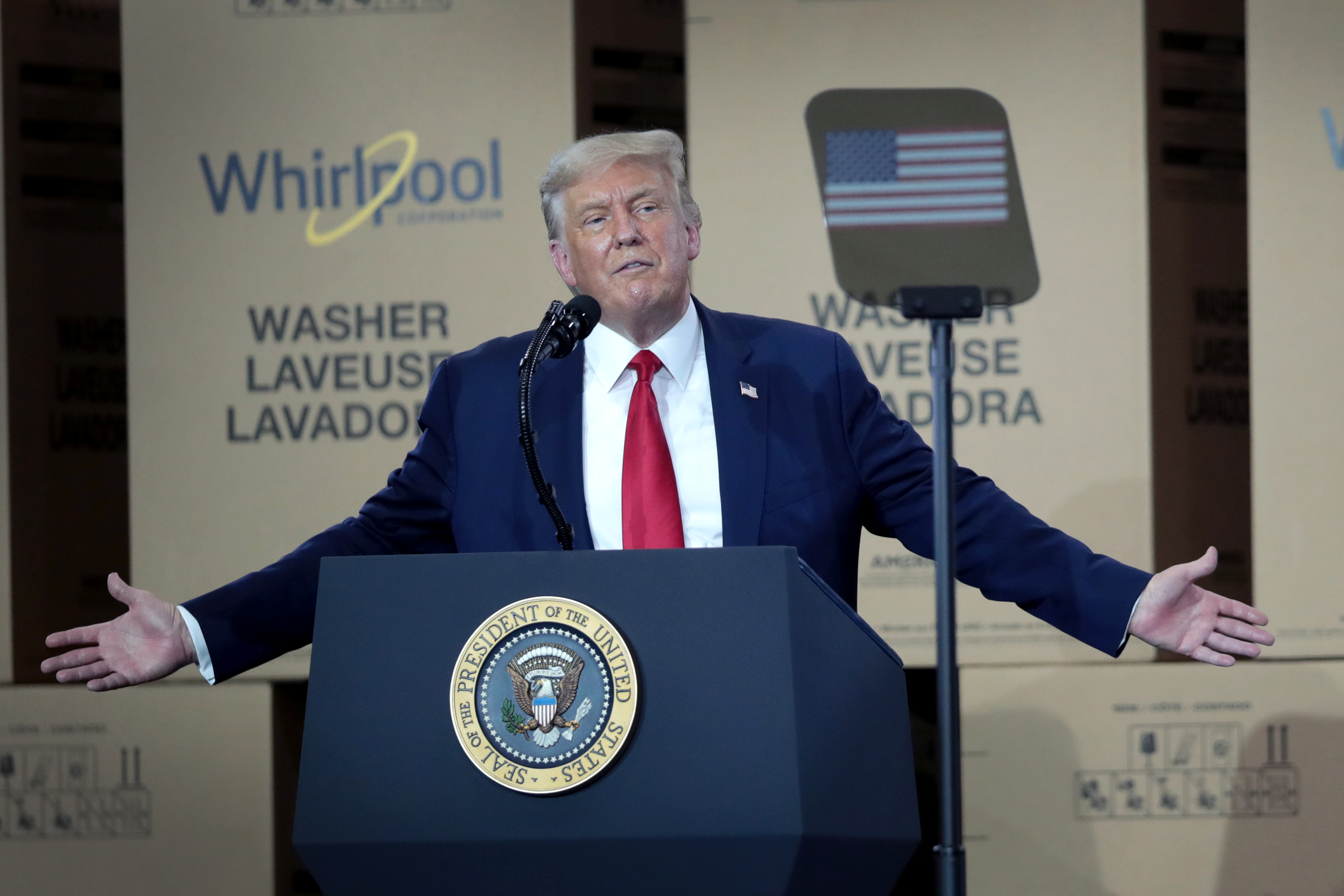 CLYDE, OHIO – AUGUST 06: U.S. President Donald Trump speaks to workers at a Whirlpool manufacturing facility on August 06, 2020 in Clyde, Ohio. Whirlpool is the last remaining major appliance company headquartered in the United States. With more than 3,000 employees, the Clyde facility is one of the world’s largest home washing machine plants, producing more than 20,000 machines a day. (Photo by Scott Olson/Getty Images)

Both orders specifically bar “any transaction by any person, or with respect to any property, subject to the jurisdiction of the United States,” with ByteDance and Tencent Holdings, the respective parent companies for TikTok and WeChat, and any of their subsidiaries for the next 45 days. The orders further direct Secretary of State Mike Pompeo to “identify the transactions” outlined in the first section of both orders.

The White House did not immediately return the Daily Caller’s requests for comment on what type of transactions the orders could be alluding to by press time.

Both orders come on the heels of Trump’s vocal support for Microsoft’s attempted purchase of TikTok from ByteDance.

He said on Monday that he as long as Microsoft can broker a deal by the September 15 deadline set by the Committee on Foreign Investments — and the U.S. receives a quasi-brokers fee for the deal — he would not ban the social media app.