The contentious debate revolved around the Fairness for High-Skilled Immigrants Act (S.386), which Lee introduced in the Senate in 2019. The bill’s counterpart in the House passed July 10, 2019 in a 365 – 65 vote.

The bill seeks to eliminate a 7% per-country ceiling on employment-based green cards like the EB-1, EB-2 and EB-3 programs. Under current immigration law, immigrants from any one country can not make up more than 7% of the total number of green cards allotted in any given year.

Proponents argue that limitations per country harm workers from larger countries who get stuck in backlogs, while workers from smaller countries face no restrictions. Proponents also argue that keeping  large numbers of Indian tech workers in the backlog harms American workers who have to compete with foreign workers with fewer employment rights and opportunities.

Almost 1 million foreign workers and their family members — mostly from India and China — have been awaiting lawful permanent residency in a backlog that could last decades for some foreign nationals, according to the Congressional Research Service.

The backlog can largely be attributed to the artificial cap per country regardless of country size coupled with the fact that the U.S. has not changed its cap of 140,000 green cards issued annually since 1990, according to the Chicago Sun Times. During that time, the growth of the U.S. tech industry has massively increased the demand for (usually cheaper) foreign labor.

Lee argued in a speech June 27, 2019 that the per-country cap “undermines our ability to bring the best and brightest individuals into our country.” (RELATED: Lindsey Graham Rips Trump’s Visa Ban, Says It Will Have ‘Chilling Effect’ On US Economy) 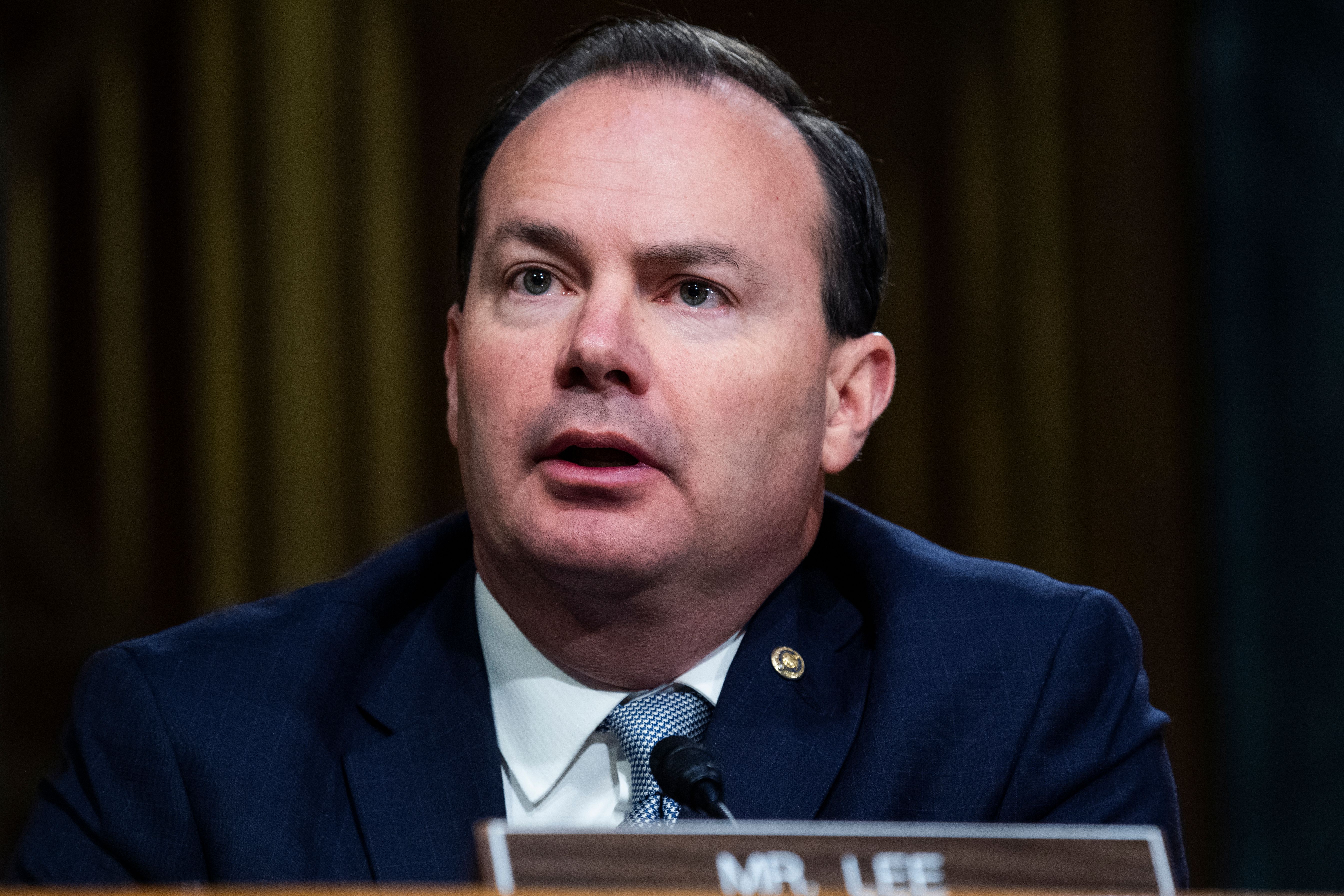 The current law can force immigrants to choose between waiting potentially decades to receive a green card or leaving the country, Lee said. The senator also cited a provision where the children of foreign workers can be sent back to their country-of-origin when their temporary visas expire after turning 21.

“Without the per-country caps, our skills-based green card system would operate on a first-come, first-serve basis, ensuring that immigrants are admitted into the United States purely based on their merit, rather than their country-of-origin,” Lee said October 17, 2019 during a speech.

The bill has been supported both by immigrant advocacy groups like Immigration Voice and by immigration hawks like Republican Arkansas Sen. Tom Cotton. Proponents argue current law discriminates against high-skilled workers and does not represent a truly merit-based immigration system.

Finally, the issue of protecting the privileged position of people who seek inequality have already been resolved well in their favor.

Time to pass the bill now. The fact that they themselves & @SenatorDurbin would create a new issue to block equality will not be tolerated.

The vast majority of immigrants affected by the backlog are Indian nationals, who have benefited significantly from the American technology industry, according to The Washington Post.

Multiple amendments have been added to the bill since it was first introduced after objections from Republican and Democratic senators, according to the National Immigration Forum.

Durbin has been a vocal critic of the bill and his objections have largely contributed to the legislation’s holdup in the Senate. Durbin criticized the bill for not increasing the number of green cards and introduced new legislation — the Relief Act — in response, The Washington Post reported.

Durbin tried to pass the bill Wednesday with a number of changes but was blocked. A spokesman for Lee told the Daily Caller that Durbin’s bill “contained an amnesty for the adult children of H-1B workers, weak protections for American workers, and lower fees for H-1B workers seeking green cards.” 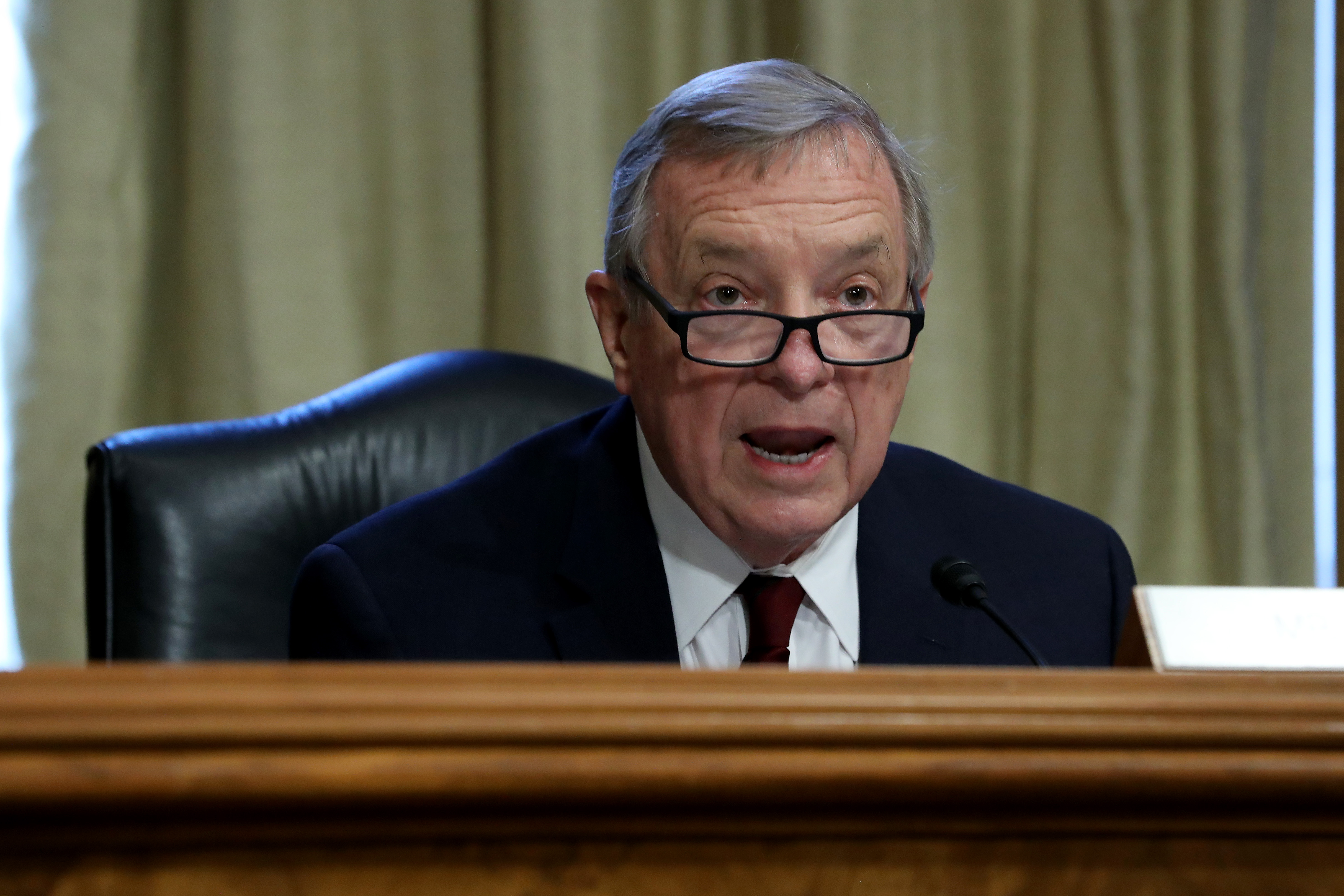 Scott then objected to the bill moments before the Senate was due to pass the bill through “unanimous consent.” The Florida senator said in remarks Wednesday that he opposed the bill because it did not help Latin American workers in Florida. (RELATED: Trump Signs Another Executive Order Restricting H1B Visa Opportunities)

A spokesman for Lee told the Daily Caller these claims were untrue. The bill does not change the total number of green cards or visas allotted but rather “removes the onerous burden” of country caps without altering overall admittances, they said. “There are countless new protections in the bill to fight existing fraud and abuse in the H1-B program.”

The Breitbart story also alleged that an “Early Filing” rule would create a “backdoor into the U.S. labor market” by allowing workers to apply through multiple visa pipelines.

“The ‘Early Filing’ program does not open up any new spots for work-based immigrants,” a spokesman for Lee told the Daily Caller in response. “The numbers of visas are set each year — they are not fungible.  Once a person transitions to a different status, it is not as if their place in the H-1B line can then go back to some pool of available slots.”