Dozens of people attending the annual motorcycle rally held in Sturgis, South Dakota were arrested over the weekend for driving under the influence and drug-related offenses, according to the state’s department of public safety.

Law enforcement officers arrested 84 people and issued 226 citations between Saturday morning and Sunday morning, according to a South Dakota Department of Public Safety (DPS) press release. In the same period last year there were 76 arrests and 189 citations.

“The summer is always a busy traffic time, but the Sturgis Rally provides different challenges,” said DPS Secretary Craig Price in a statement Friday. “There are more motorcycles, more out-of-state vehicles and more drivers who are not as familiar with the narrow, winding roads in the Black Hills. Safety and awareness will be important factors for travelers.” (RELATED: CNN Goes To Motorcycle Rally To Talk Russian Collusion — Gets Reality Check From Man Dressed As Skeleton) 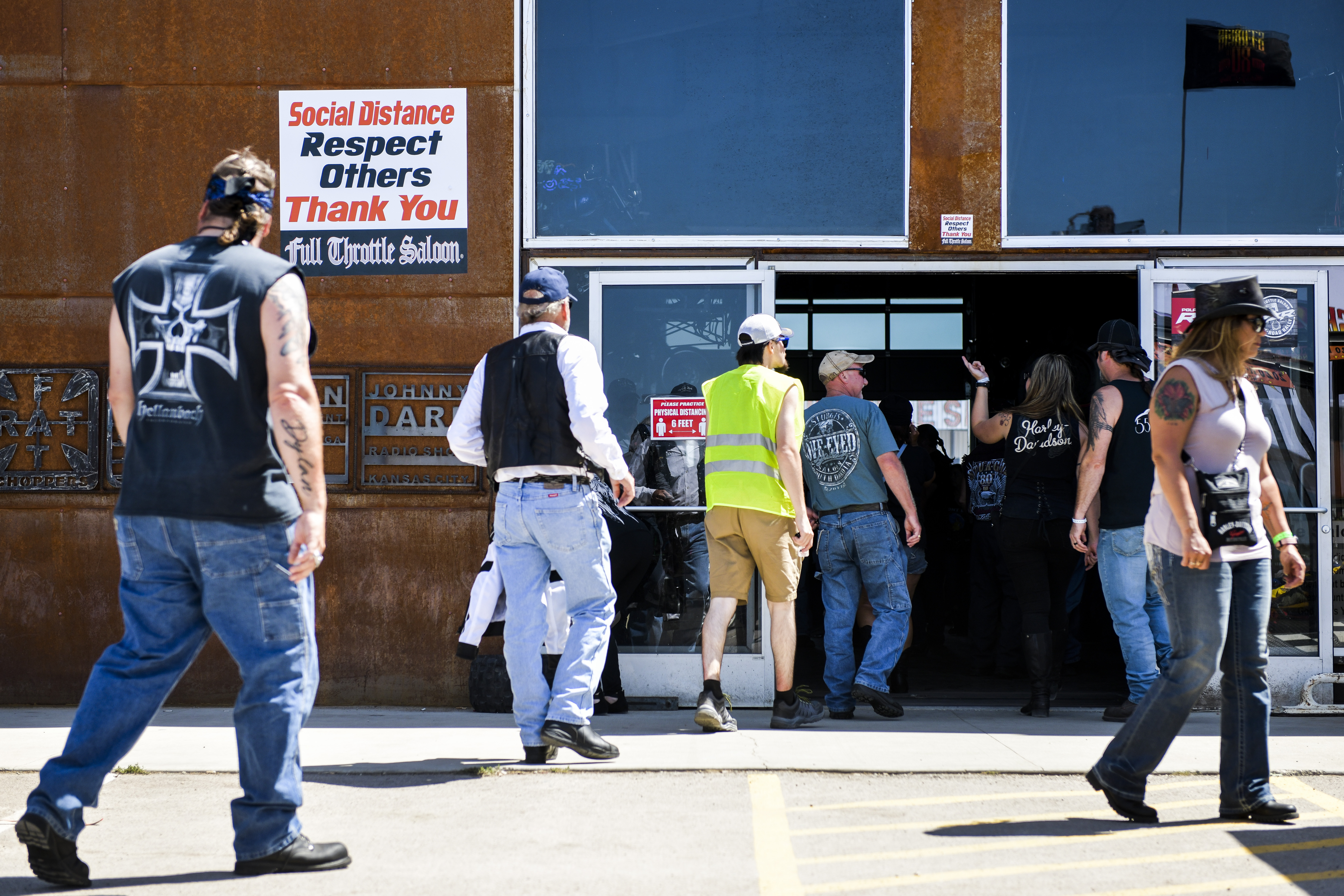 The 10-day rally, which began Friday and is celebrating its 80th anniversary this year, leads to a number of vehicular accidents every summer, according to Price’s statement. There were three motorcycle deaths during the rally last year and four in 2018.

The rally is the largest of its kind in the world, attracting thousands of bikers every year, CBS News reported. Despite the ongoing coronavirus pandemic, officials decided to go forward with the rally this year.

She added: “We’ve been ‘Back to Normal’ for over 3 months, and South Dakota is in a good spot.”

Our state had the Mount Rushmore Fireworks Celebration. We had the first national indoor sporting event with fans thanks to @PBR.

We’ve been “Back to Normal” for over 3 months, and South Dakota is in a good spot.

President Donald Trump declared a national emergency in March as coronavirus spread rapidly around the world. South Dakota has reported 9,605 total cases and 146 deaths, according to The New York Times.