Amidst the ongoing debate over reopening schools across the U.S., data shows more than 300,000 children have been infected with coronavirus since the pandemic began, according to a report from the American Academy of Pediatrics and the Children’s Hospital Association.

Approximately 338,982 documented cases of coronavirus in the U.S. were children, according to the July 30 report, and children are at most 0.8% of total coronavirus deaths. Twenty states said no children in their jurisdiction are known to have died from the virus.

As of Monday morning, the U.S. has surpassed five million coronavirus cases and more than 150,000 individuals have died from the virus, according to The New York Times.

California had the highest number of children’s cases, 42,697, according to the report, while Guam had the lowest amount so far, 36.

From July 16 to July 30, 97,078 children were infected nationwide, a 40% increase in the approximately two-week time span, according to the report.

Districts across the United States have been looking for ways to re-open schools this upcoming fall while being cautious about the coronavirus pandemic. Many teachers have criticized reopening schools as dangerous, such as in Iowa, where two teachers wrote and sent their own obituaries to Republican Iowa Gov. Kim Reynolds, who was pushing for in-person classes to resume, according to CNN (Related: Parents Sue California Governor For Refusing To Open Schools)

Democratic New York Gov. Andrew Cuomo recently announced schools will be permitted to reopen if the coronavirus cases remain low in their communities, the Times reported. New York City had 6,608 documented cases, according to the report. 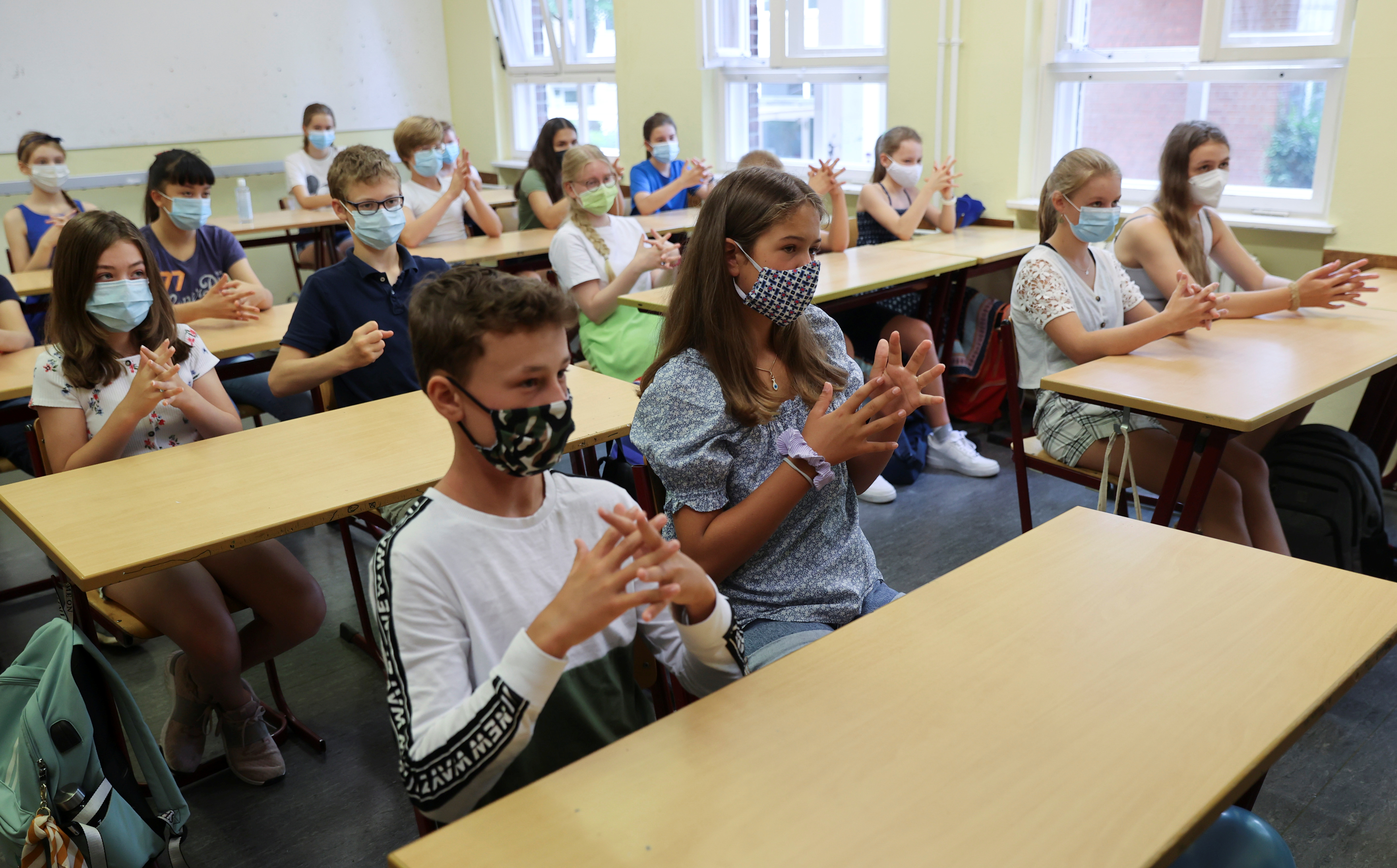 Pupils of the protestant high school “Zum Grauen Kloster” practice hand disinfection during their lesson on the first day after the summer holidays, amid the coronavirus disease (COVID-19) pandemic, in Berlin, Germany, August 10, 2020. REUTERS/Fabrizio Bensch

Officials at the American Academy of Pediatrics and the Children’s Hospital Association did not immediately respond to the Daily Caller News Foundation’s email requests for comment.