The U.S. Geological Survey said in a statement Monday that a swarm of small earthquakes in California was being closely monitored over concerns of a larger event on the San Andreas fault.

“During this earthquake swarm, the probability of larger earthquakes in this region is significantly greater than usual,” the statement read.

Today’s #saltonsea #earthquake swarm in CA raises the probability of larger earthquakes in the #sanandreas region. Medium-sized earthquakes can cause damage too; visit our aftershock forecast for more info and Drop, Cover and Hold on if you feel shaking. https://t.co/6JHVNt2y3w

The San Andreas Fault is considered to be one of the most dangerous in the world and stretches around 750 miles between the Pacific and North American tectonic plates, according to Newsweek. Major cities like Los Angeles, San Francisco and San Diego are located along the fault line.

There has not been a rupture along the southern part of the San Andreas fault in more than 300 years. Larger earthquakes tend to occur in the region every 250 years on average, according to the Los Angeles Times.

The U.S. Geological Survey calculated there was an 80% chance that the earthquake swarm continues until August 18, according to the agency’s statement Monday. Moderately large earthquakes between magnitudes 4.5 and 5.4 were likely to occur within the next several days. 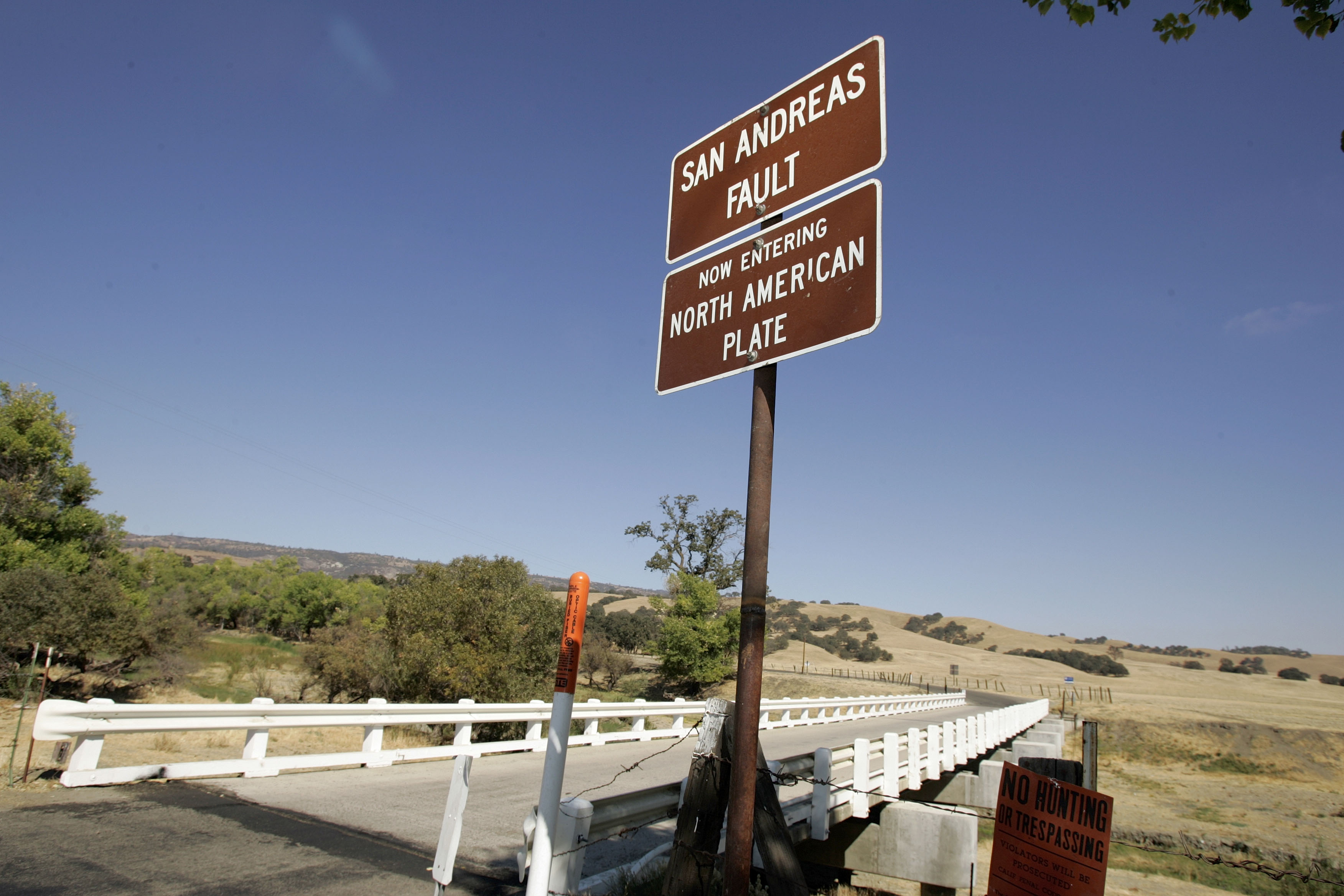 Scientists have raised concern that the region is overdue for a megaquake, according to Newsweek. The region last saw a similar event in 1906 when a magnitude 7.9 earthquake in San Francisco killed more than 3,000 people and left 225,000 displaced.

A U.S. Geological Survey simulation concluded that a hypothetical megaquake would kill 1,800 people, injure 5,000 and displace between 500,000 to 1 million, the Los Angeles Times reported.