Jonathan Klein, CNN’s former president, lamented that if President Donald Trump loses the 2020 election media may be impacted because there would be no “bad guy” or “antagonist.”

Klein was quoted in a Digiday article about news publications considering inevitable changes to editorial and business sides amid the upcoming election. The article pointed out that publications like CNN, the New York Times, MSNBC and the Washington Post have redefined themselves “for the Trump era.”

Digiday’s article continued on to note that many media companies are coming to an understanding that “the Trump moment” may be ending. This, according to CNN’s own former president, could be bad for business, as Trump is viewed as “the bad guy in the story.” (RELATED: Brian Stelter Insists Adam Schiff Speaks For All Americans, Devin Nunes Talks Only To ‘Fox Audience’)

“What would go away is the bad guy in the story. There’s no antagonist. So what are we tuning in for?” according to Klein. “Grandpa is a nice guy. Everybody might be relieved to not watch as much cable news anymore and go find a book to read, a garden to plant, or a socially-distanced walk to take.”

The comments from CNN’s former president come days after CNN guest Errin Haines claimed on “Reliable Sources” that there was no left-leaning network dedicated to tearing down Trump – comparing this to right-wing radio shows that CNN’s Brian Stelter suggested are “constantly attacking” Biden and “the other side.” (RELATED: CNN Guest Says There’s No Network On The Left Dedicated To Tearing Down Trump)

Klein was booted from CNN in 2010 following low prime-time ratings, Digiday reported. He believes that viewers were also tired amid a financial crisis after the election. 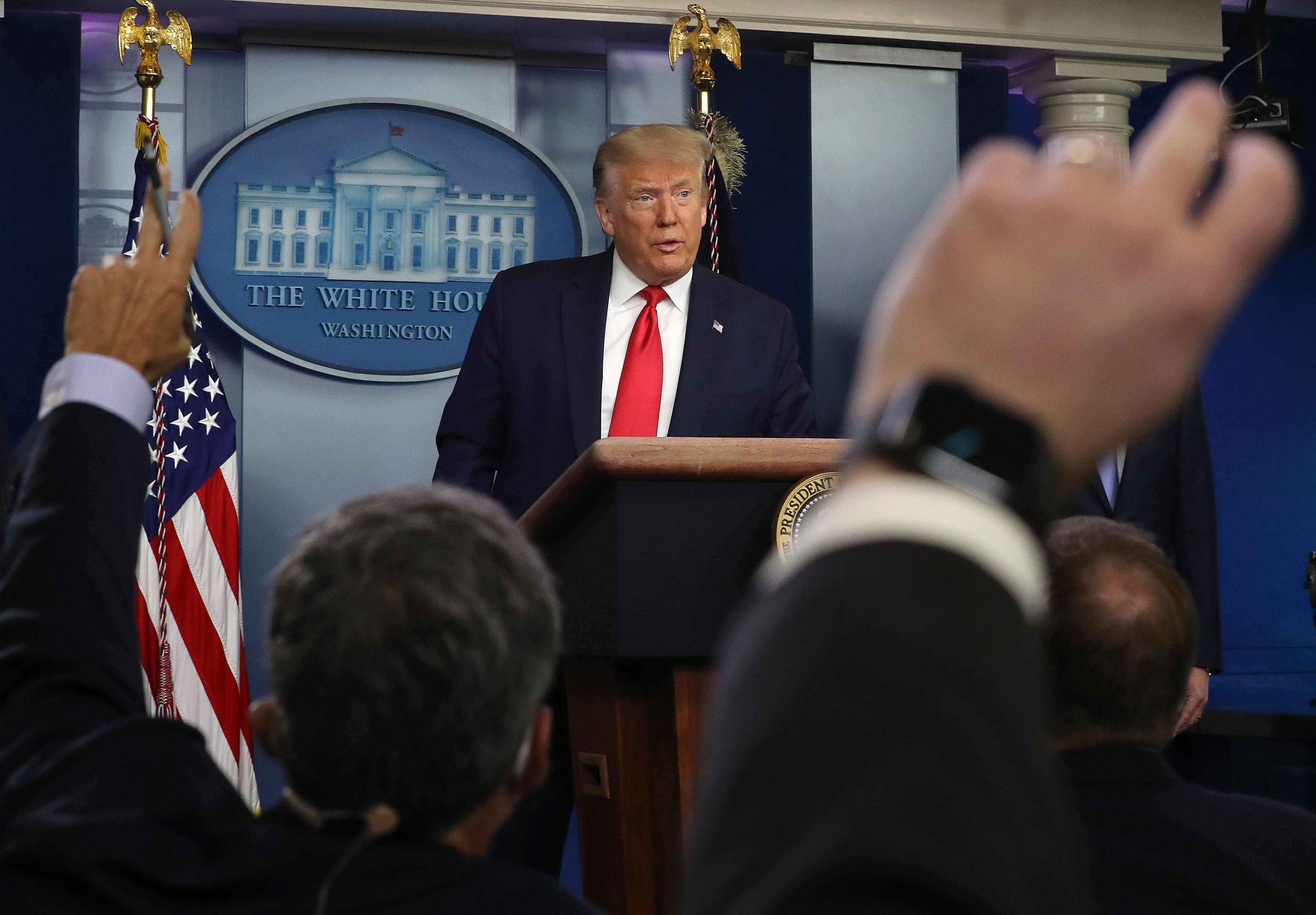 U.S. President Donald Trump speaks to the media in the briefing room at the White House on July 2, 2020 in Washington, DC. (Chip Somodevilla/Getty Images)

“What Trump gave journalistic outlets was an audience that felt the urgency,” according to Klein. “Certainly if Trump loses, that urgency among 70% of the audience might dissipate a little bit, but you’re still going to be in the midst of an economic calamity, this wrenching social debate over inequality, and have a disease that may be killing tens of thousands of people a week.”

Former CNN reporter Peter Hamby also admitted that many in the media tend to be “Trump skeptic.” One former CNN executive who remained anonymous said that “Trump was good for ratings” and that “the dramatic rise and relevance of CNN for better or worse is tied to” him. (RELATED: Brian Stelter Quotes ‘Breaking Bad’ Actor To Back His Theory That Trump Is Mentally Insane)

“It’s not unfair to say the media’s default posture is to be Trump skeptic,” Hamby said according to Digiday. “I think a lot of consumers have confused ideas about journalism and think it’s supposed to be resistance-y. The Times gets twisted up by this because they are a subscriber business.”