Nearly $80 million was set aside to help homeless New Yorkers find shelter in top of the line hotels back in April. The Federal Emergency Management Agency (FEMA), which is funded by the Department of Housing and Urban Development (HUD) and the Department of Transportation (DOT) through taxpayer money, signed a contract agreeing to cover 75% of the cost of the rooms, according to Fox News. New York taxpayers would pick up the slack and foot the bill for other expenses like moving, staff, medical care and extra services. (RELATED: ‘We’re The Taxpayers’: At Least 139 Hotels Are Operating As Homeless Shelters In NYC Without Notifying Neighbors)

At least $140,000 has been raised by private donors including “Homeless Can’t Stay Home”.

In 2018, Politico reported the city planned to spend $364 million each year to house homeless people in hotels by using long term contracts to cut costs. This followed a 2017 report from the Comptroller’s office showing the cost of hotel room shelters soared by 33% within four months, which Comptroller Scott M. Stringer criticized.

“Homeless New Yorkers don’t belong in hotels-this is a practice that has to end. Hotel Rooms are not only a Band-aid solution to a complex problem, but they’re also very expensive. If families are going to get back on their feet, we need to help get them the services they need. The rising costs are extraordinary,” Stringer said in 2017.

Some neighbors are worried about the influx of homeless New Yorkers, with one local resident, according to ABC-7 Eyewitness News, saying that weren’t even told about the city’s plan. 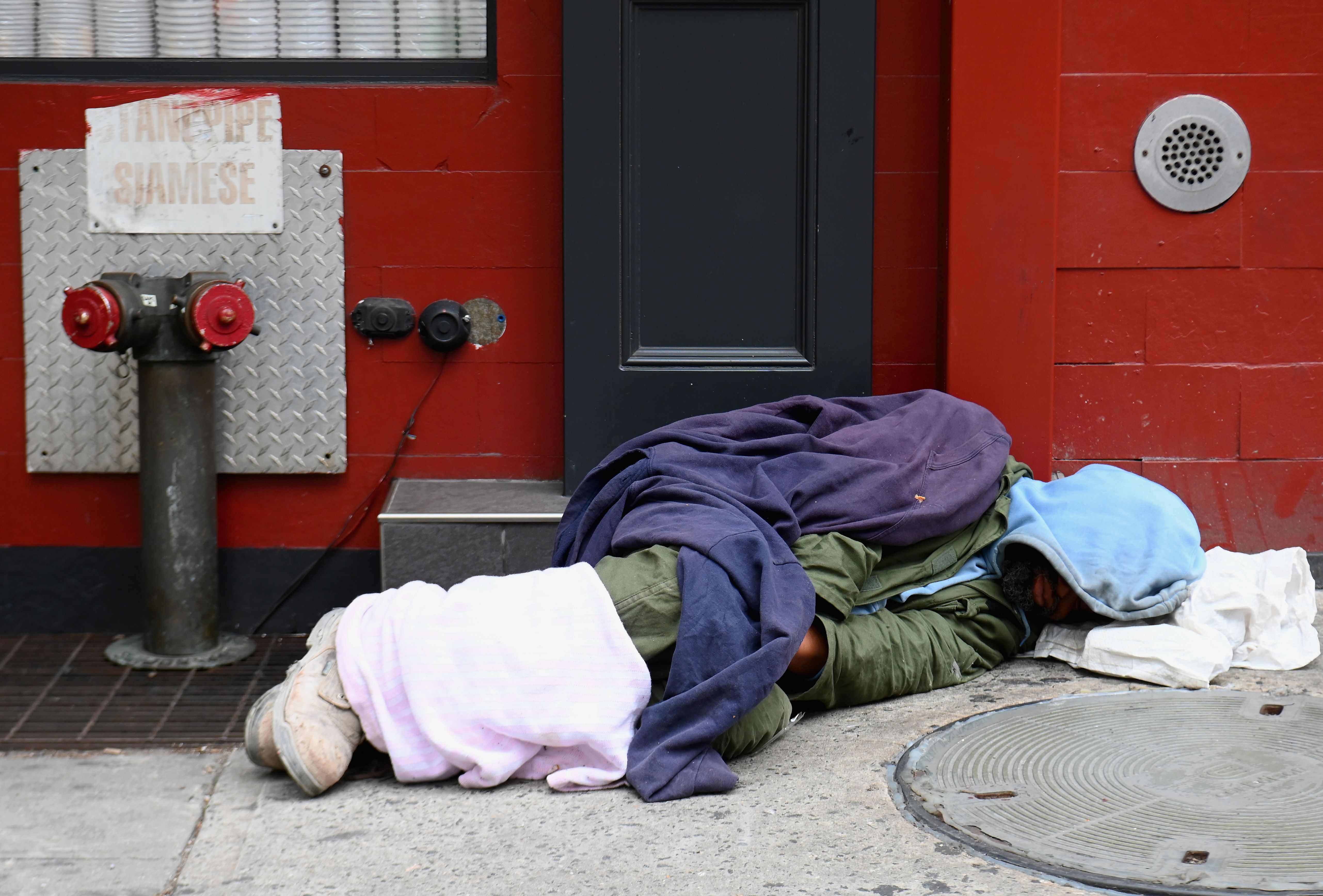 A homeless person sleeps near Madison Square Garden on April 29, 2020 in New York City – New York Citys homeless have sought refuge in the subways to escape the coronavirus pandemic, causing subway workers to ask the city for a solution. New York’s new plan calls for police officers and social workers going into stations late night and removing homeless people from the trains and offering them shelter. Subway workers then clean and disinfect cars. (Photo by Angela Weiss / AFP) (Photo by ANGELA WEISS/AFP via Getty Images)

“So within two months, they brought over 600 people into this neighborhood without an impact study, without anybody’s input.”

The contract to use hotels as shelters extends through October with no move-out date set, per Spectrum News New York 1.