Auckland, a major city in New Zealand, is reportedly entering a level 3 lockdown mid-day Wednesday for at least three days after four new COVID-19 cases were reported. The rest of the nation will be put back into a level 2 lockdown as the government confirms the first case of community transmission after more than 100 days with no reported cases.

Auckland residents will be expected to work from home after two workplaces in the city were pinpointed as being involved with the spread, according to Stuff, a publication based in New Zealand. Schools, bars and restaurants will be closed through the end of the week, according to MarketWatch, while gatherings of 10 or more are restricted. Non-essential travel will reportedly be banned, with people only being allowed to leave their homes for essential business, like grocery shopping. 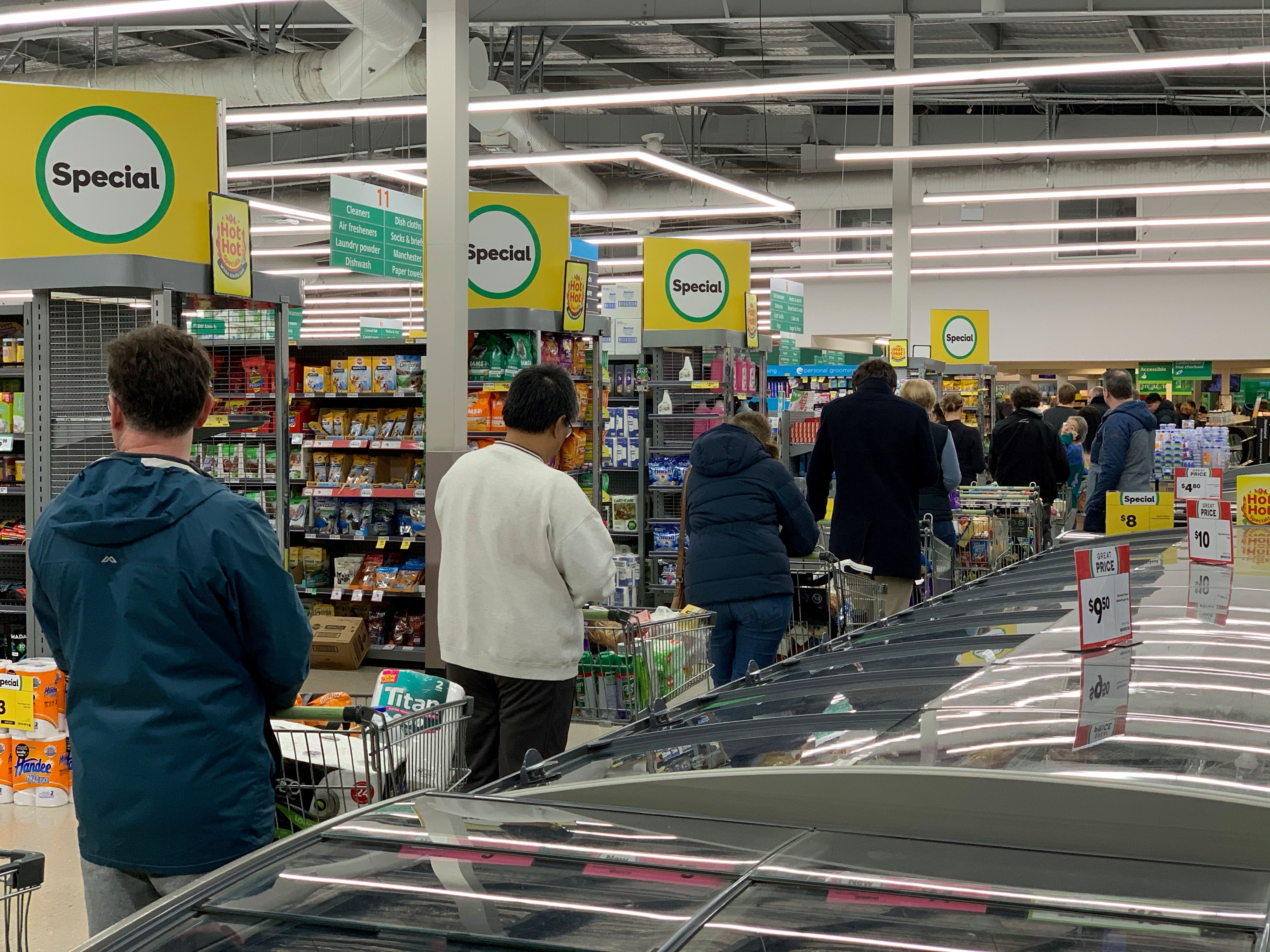 Shoppers shop at a supermarket in the suburb of Johnsonville in Wellington on August 11, 2020. – Auckland has been place at level 3 lockdown and the rest of the country has moved to level 2 after a family in South Auckland tested positive for covid. (Photo by MARTY MELVILLE/AFP via Getty Images)

New Zealand Prime Minister Jacinda Ardern said people should “act as if you have COVID, and as though people around you have COVID,” according to MarketWatch, as the nation seeks to get a grip on the virus before it spreads.

All four cases are from the same household, with at least one child testing positive, according to Stuff.

New Zealand received praise from the international community after the nation fast-tracked their response to the pandemic back in February, banning non-New Zealand nationals traveling from China and mandating a 14-day quarantine for those that did travel from China.

In March, Ardern completely locked down the entire nation. The country moved out of a level 4 lockdown in late April. (RELATED: New Zealand Bishop On Coronavirus: The World ‘Strayed Away From God,’ Blames Disease On ‘Satanic Spirits’)

There have been less than 100 deaths reported in New Zealand since the outbreak of the virus back in February.